Photo 1: Basic use of expansion joints can allow a firefighter to follow the lines to a wall. Photo credit: Mark van der Feyst

In photo 1, we are going to see the basic use of expansion joints. In any commercial or industrial type of building, concrete is used to produce the floor. The concrete can be kept rough or it can have a shine to it to make it aesthetically pleasing. Regardless of the finish of the concrete, it has the same common feature: expansion joints. These joints are cut into the concrete during or after it’s been poured and cured so the concrete can expand and contract during warm and cold temperatures and reduce the amount of stress placed upon the concrete. What makes the expansion joint a useful tool for firefighter survival is they run in straight lines from one slab to the other.

The next time you are inside a large box store, take a look on the floor as you walk around and you will see that the expansion joints run in two different directions, at 90° angles. This means no matter expansion joint line you choose to follow, it will eventually lead to an outside wall.

Along the way, you may encounter other obstructions like shelving that may prevent you from feeling the expansion joint underneath the obstruction but it continues in the same direction going straight to an outside wall. 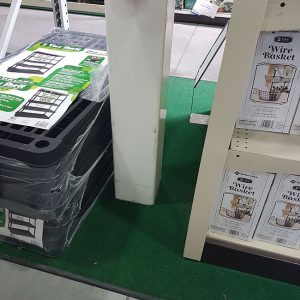 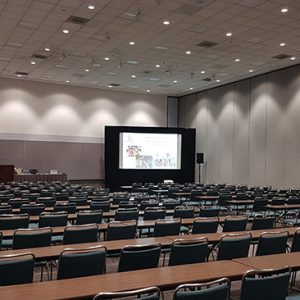 Photo 3: Ceiling grids can be used to lead a firefighter to a wall.

Photo 4: Ceilings where bar joists are visible can lead a firefighter to a wall.

In photo 3 you’ll see how a ceiling grid can also be used to lead a firefighter to a wall. The grid lines of the drop ceiling run in straight lines from wall to wall and, if the conditions allow, a firefighter can look up to see the grid leading towards a wall within the building. It may be an outside wall or an interior wall but, regardless, will allow the firefighter to follow.

Becoming familiar with different building systems that are found in large box stores or buildings will help firefighters with orientating themselves and allow them to find an exit should they get lost. Understanding various building features during non-emergent conditions will help train your mind to recognize them when a situation arises.

Mark van der Feyst has been in the fire service since 1999 and is a full-time firefighter in Ontario. He teaches in Canada, the United States and India and is lead author of Residential Fire Rescue. Mark@FireStarTraining.com