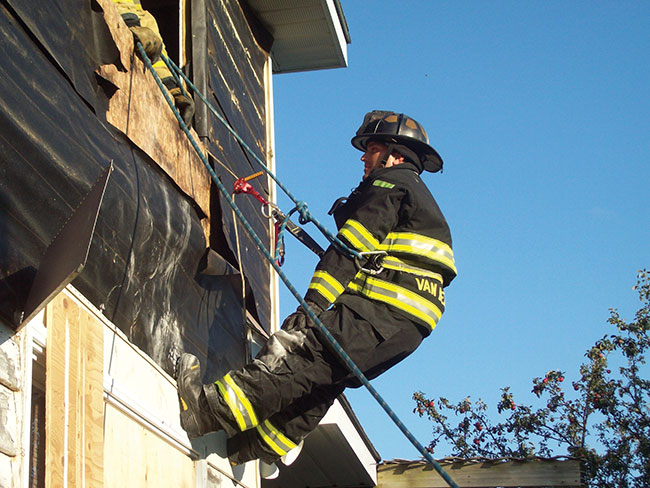 When needing to escape from the upper floors of a structure, using a rope bailout system may be an option to look at. The headfirst ladder dive was explored in our last issue as one way to do this, but if there is no ladder in place, what else can you do? Besides hanging and dropping, which can cause injury, the rope bailout is that other option. In Canada, this tactical option is not a popular one, with many departments shying away from this tactic and adopting the hose line bailout instead.

The hose line bailout is a survival tactic, but there are limitations to its use. First, there must be enough hose inside the structure to drag over to and lower it out the window so that the firefighter can slide down the hose to the ground. The time that it will take to set this up wastes valuable time for rapid escape, not to mention one big question: when has there ever been enough hose inside a building to allow a firefighter to set this up? 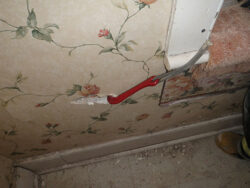 Photo 2: The hook can also be used in drywall.

Usually, the attacking hose line is asking for more hose when advancing inside the building. Another aspect to consider is that we require a window to rapidly escape, and in a residential structure, our windows are on the outside wall. We advance our hose line directly to the fire because the hose line is the way out, not on the outside walls of a room. So, dragging the hose to the window adds more time needed to rapidly escape after the window has been located.

The rope bailout is a risky tactic to use but it has been performed by firefighters who needed to rapidly escape, and they did. The risk that exists is firefighters can fall to the ground if not secured to the rope which is anchored to something in the building. The same risk can occur with headfirst ladder dives and with the hose slide. This is not a new tactic being introduced but rather it has been in existence for at least 20 years, having been developed and proven by the FDNY. 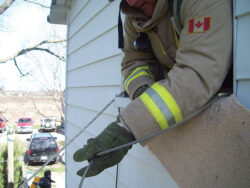 Photo 3: Apply tension on the rope to hold the anchor point.

There are many pre-engineered systems that can be purchased for this, as shown in Photo 1, but the basics are going to involve a section of escape rope, an anchor point and a descent control device. The section of rope cannot be any type of rope, it must be specially designed escape rope. This will be constructed out of Kevlar to offer both heat and cut/abrasion resistance. Personal escape rope is going to be 7.5 mm in diameter and about fifty feet in length. This will allow a firefighter to escape from a four to five story building if need be. 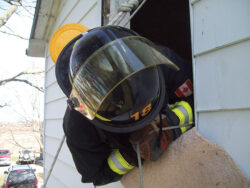 Photo 4: The rope wrapped around the firefighter’s SCBA and back up under the arm pits.

The escape rope is kept in the right cargo pocket of the firefighter’s pant if they are right-handed, opposite if they are left-handed. Attached to the escape rope will be a hook of some kind. There are a few different models out there to choose from like the Crosby hook or CMC’s hook system, but they work on the same principle for anchoring. On the end of the hook will be a sharp point designed to be used with the features of the window, like the windowsill or trim around the window. The weight of the firefighter keeps the sharp point of the hook secured and anchored to the windowsill/trim so that it will not move or release. The hook can also be used in drywall as shown in Photo 2. With the hook going in the direction of travel as the firefighter, the drywall will hold it because it is not being pulled perpendicular to it. 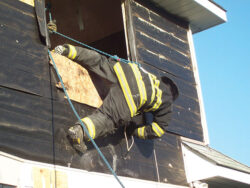 Photo 5: When they are set up, they will lower their head and body out of the window.

The firefighter will then take their hand on the same side of the cargo pocket and bring the other part of the escape rope around their back and join the other tensioned rope in their opposite hand. At this point, both ropes will be in the opposite hand with the rope wrapped around the firefighter’s SCBA and back up under the arm pits as seen in Photo 4. When they are set up, they will lower their head and body out the window as seen in Photo 5, and let gravity do the rest. They will need to keep both hands tight around both ropes with their left hand on top of their right hand. This will act as their descent device when they are out of the building and ready to descend to the ground.

Photo 6: When out of the window, they should be facing the building.

When they are completely out of the window, they should be facing the building with their feet hanging toward the ground as seen in Photo 6. They can then release some of the tight grip they have on both ropes to let the roe slide through their hands so that they can descend. Once on the ground, they can let go of both ropes and walk away from the building.

This escape tactic requires practice and training to perfect it, along with the basic set up described above. There are other anchor points that can be used like the door handle, halligan tool, radiator grill as well as other pre-engineered systems that are attached to the firefighter’s pant like Photo 1. Regardless of the system being used, it is one other way for a firefighter to escape the untenable conditions of the building.

Mark van der Feyst has been in the fire service since 1999 and is currently a firefighter with the FGFD. Mark is an international instructor teaching in Canada, the United States, FDIC and India.  He is the lead Author of Fire Engineering’s Residential Fire Rescue & Tactical Firefighter books. He can be contacted at Mark@FireStarTraining.com.