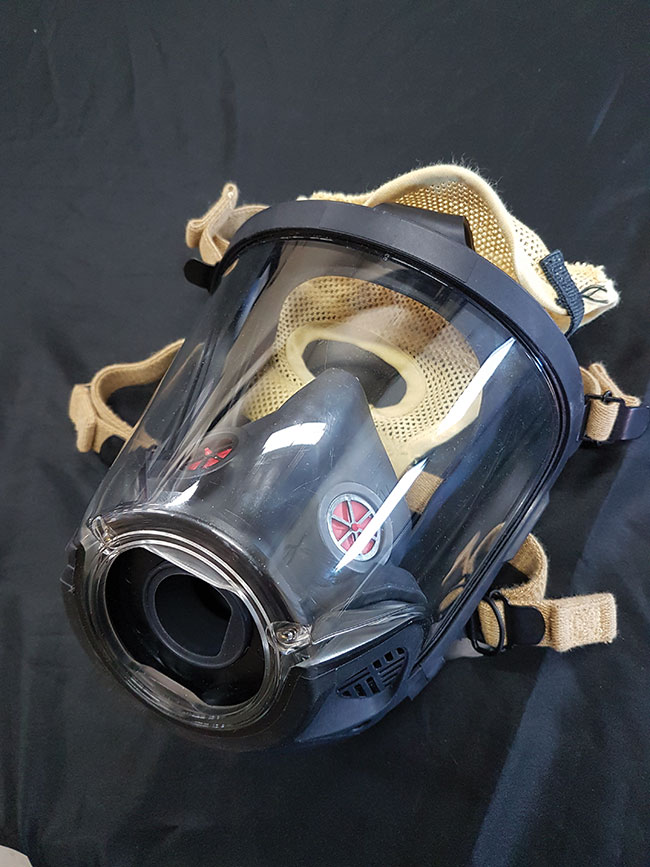 The straps of the face piece may also be the issue for failure.

In this look at SCBA emergencies, we are coming to the end of this chapter of firefighter survival with a final focus on SCBA emergencies that include equipment failures such as straps, buckles and harness, face piece, hose and other items. Some of these items are immediate threat to life situations and some of them are not. Knowing how to deal with them when they arise is the key.

The straps of the SCBA would be considered non-life threatening should one of them be compromised but can lead to further serious issues if not addressed right away. The SCBA has a few straps on it: waist belt, shoulder straps, and a chest strap for some. Were any one of them were to fail while being used by the firefighter, it will not be detrimental. For the waist strap and the chest strap, the SCBA will not be compromised in its operation. The firefighter will still be able to use it and leave the building in a timely fashion. The shoulder straps will be a different situation. Depending upon the damage to the shoulder strap or straps, the SCBA will still function but may slide off one shoulder or not sit properly on the back. This would require the firefighter to hold their SCBA while exiting the building.

A failure with the face piece will be life threatening and will require immediate action to be taken by the firefighter. Prior to NFPA 1981 2013 edition, the face piece was the weakest link on the firefighter with the lens having a lower heat resistance temperature in the high 400-degree F range. After the 2013 edition, the requirement was raised to around 520-degrees F, making it more in line with the rest of the PPE worn by a firefighter. This provided the firefighter with more protection from heat sink in the lens. The biggest hazard for the firefighter is radiant heat on the lens. That alone will cause the lens to fail. The lens can absorb only so much heat before it must release it by cooling down. When it cannot release it, the lens will fail. The firefighter will start to notice this stage when inspecting their face piece and noticing “marbelizing” or “glazing” on the lens. This is an indicator that the coating on the lens is starting to breakdown due to radiant heat exposure.

Should the lens fail on the face piece, the firefighter will need to cover up their face right away with their gloved hands. This will be naturally done. They will need to get low to the ground and get out. By getting lower to the ground, they will be in the cooler zone of the room. If the firefighter cannot see where they have to go to get out, they may have to push themselves along the ground until they hit a wall, then follow the wall out to the door. This may be a slow process because they will be on their belly pushing themselves with their feet while covering their face piece with their hands.

The straps of the face piece may also be the issue for the failure. This will also be life threatening as well requiring the firefighter to hold their face piece to their face while getting out. A MAYDAY will be called by the firefighter and their PASS alarm turned on. If they cannot call for a MAYDAY, at the very least, turn on the PASS alarm. 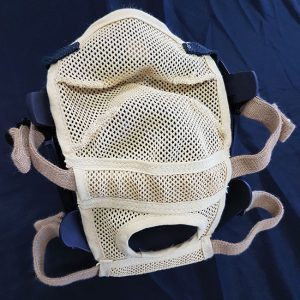 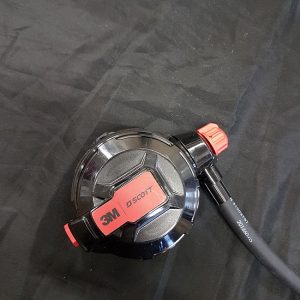 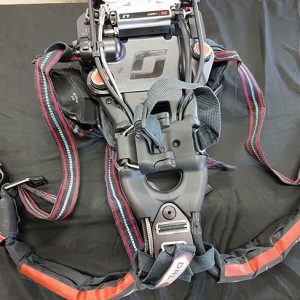 The SCBA contains both high- and low-pressure hoses that run from the cylinder to the reducing block to the various parts of the SCBA. A low-pressure hose will be soft rubber and the high pressure hoses will be reinforced with wire either on the outside or imbedded in the rubber. When a low-pressure hose has a break in it, it may not be noticeable right away. The sound emitting from it may not be heard in a noisy environment and the only way to tell is by the chest gauge showing a quicker than normal air consumption rate. If it can be heard, then quick action must be taken. This will involve getting out right away from the structure, after declaring a MAYDAY with an out of air situation. Depending upon where the puncture is on the low-pressure hose, a gloved hand may be good enough to seal it until out of the building.

With a high-pressure hose line, any compromise in it will be noticeable right away – you will hear it. At 2216, 4500 or 5500 psi inside the hose, any leak in air will be loud enough to be heard in any noisy environment. This may require closing the cylinder valve and then opening it to take a breath, then closing it again. This would be repeated while getting out of the building immediately. A MAYDAY would need to be called informing the air situation. The firefighter will need to know which direction the cylinder valve turns to close and open when it is on their back.

The regulator may stop working and become the SCBA emergency. For whatever reason this may be, every regulator on any SCBA will have a bypass valve allowing the firefighter to bypass the regulator and still receive free flowing air. The firefighter will have to open and close the bypass valve to take a breath, hold it, then exhale repeatedly while getting out of the building.

All these SCBA emergencies can be handled quickly on the spot with proper training and proficiency on their SCBA. Knowing the SCBA is the key component combined with using on a regular basis – this takes place in training.

Mark van der Feyst has been in the fire service since 1999 and is currently a firefighter with the FGFD. Mark is an international instructor teaching in Canada, the U.S. and  FDIC. Contact Mark@FireStarTraining.com.