Back to basics: Making a mayday call, part 2

My series on firefighter survival (see part 1, Canadian Firefighter, July 2017) focuses on the mayday call. A mayday call is for firefighters only, never for patients or for any other fire-ground emergency. When a mayday is called, everyone on scene knows a firefighter needs help. 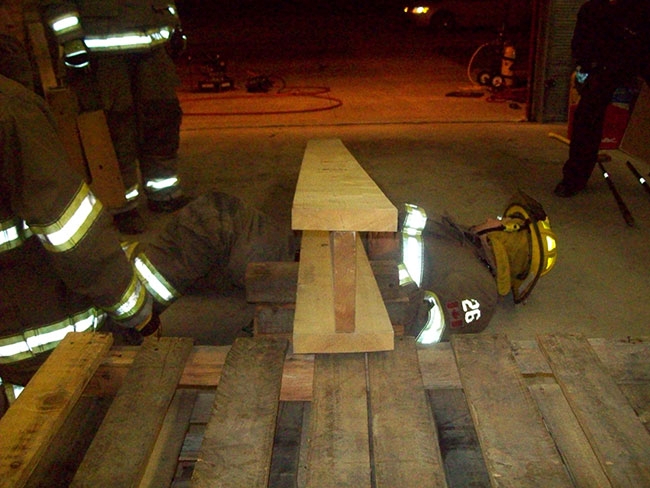 If a trapped firefighter is unable reach his or her portable radio Canadian Firefighter columnist Mark van der Feyst continues his discussion around making a mayday call. In the October issue

There are three reasons for calling a mayday:

Firefighters expose themselves to potential injury at all types of calls. A mayday is used for life-threatening injuries – the kind that require help from others, usually members of a rapid intervention team (RIT).

Firefighters usually relate a mayday call to interior operations at a structure fire, but a mayday call can also be made when firefighters are working outside at a vehicle collision, at a technical-rescue incident, or any call in which a firefighter’s life becomes threatened.

Injured firefighter
If a firefighter is injured on the fire ground, should he or she call a mayday? Does every injury sustained require a mayday? The answer to both questions is no. A mayday is reserved for life-threatening injuries – the kind that requires help from other first responders like EMS or an RIT.

Trapped firefighter
A firefighter is considered trapped when an entry or exit is impeded. Being trapped means that the firefighter is unable to move or cannot free himself or herself from an obstacle. The longer a trapped firefighter fights against the obstacle, the more fatigued he or she becomes; energy levels and air supply are rapidly depleted in these situations. The first step in this situation is to transmit a mayday call.

Lost firefighter
The third reason for calling a mayday is for a lost or missing firefighter. There are three possible scenarios: a firefighter realizes he or she is lost; an attack or search team is missing one of its members; or accountability is not able to locate one of its firefighters and therefore the unaccounted for firefighter is considered missing. In any of these situations, a mayday call needs to be made. This call can be made by a team member, the accountability officer who is unable to locate a firefighter after a PAR check, or by the lost or disoriented firefighter. It is critical that the call be made, but some firefighters hesitate to call a mayday because they are embarrassed about being lost. Some firefighters may be worried about being ridiculed for making a mayday call, especially for being lost. The fire service needs to develop an environment in which all firefighters feel comfortable making a mayday call. It is better to make the call, to be located and brought to safety, than to think about the consequences of declining to make the call.

Simple drills can be set up to ensure this thought process is engrained, and that firefighter survival skills become second nature. SCBA confidence courses are designed to test firefighters’ abilities to navigate different obstacles, while testing and developing their abilities to recognize when they need help. This training instills confidence in a firefighter’s ability to transmit a mayday call, allowing him or her to make the call calmly and thoroughly. An effective mayday call must include certain information and must be delivered in a certain way. We will explore proper call format in the January issue.

Regular mayday call training drills can be incorporated anywhere your department trains, whether that is within the station or at a training facility. A simple internet search can direct you to many different ideas for training firefighters on how to make a potentially life-saving call.

Mark van der Feyst has been in the fire service since 1999 and is a full-time firefighter in Ontario. He teaches in Canada, the United States and India and is lead author of Residential Fire Rescue. Mark@FireStarTraining.com

Related
Extrication tips: Best practices for patient care
Back to basics July 2017: Making a mayday call
Timbits: A heads-up method for getting down low
The danger within: The importance of tracking firefighter biometrics