Between alarms July 2017: The importance of crisis communication

For the past 20 years, I have been responding to tragic incidents and comforting those in need during their worst days. In April, my wife, Cathy, and I were literally in the eye of the storm. We were on vacation in Australia as Cyclone Debbie struck. As an emergency responder, this experience provided me with some amazing insight and confirmed some best practices that are integral to emergency management. 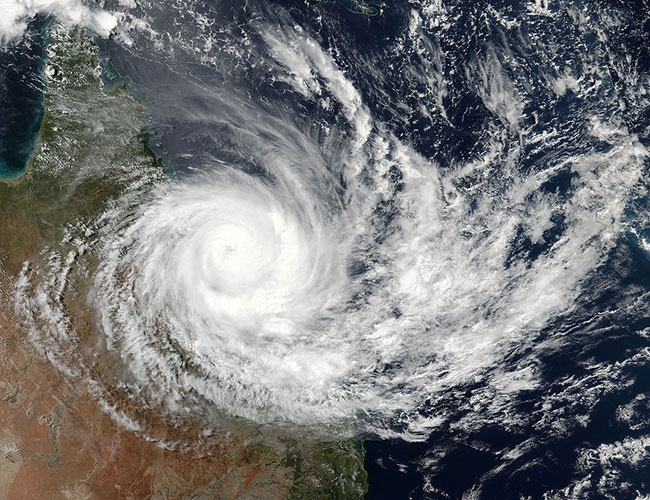 The experience made me wonder how my fire department would handle this kind of natural disaster. On Salt Spring Island, we are in earthquake country. Living on an island provides even greater challenges.

Cathy and I  were at the end of our Australian holiday and decided to rest and relax on the Whitsunday Islands. We arrived to a tropical paradise with kangaroos, exotic fish, and cockatoos; it was perfect. When we arrived at the resort, management told us that a storm was brewing off the Coral Sea, but it was not going to affect us.

Since we were on an island, we had little choice: either leave before a potential storm, which was forecast to hit land 300 kilometres north of us, or wait and see what happened. At that point, Debbie was a mild tropical storm, but quickly grew to a category-4 cyclone. The cyclone changed direction and headed straight for us.

There was no way for emergency responders to get onto the island, or for residents and visitors to get off; we were isolated with 400 other guests and staff on the small island with just one hotel. Staff told us to stay in our rooms if the cyclone hit and await further instruction.

We hunkered down in our cyclone-rated room and played the waiting game. The storm hit the island with winds recorded at 195 kilometres an hour sustained, with gusts up to 263 km/h.

The storm continued for 48 hours, hammering the island with heavy winds and a deluge.

By day three, debris was everywhere, windows were blown out and the beach was littered with dead fish and animals. Worst of all, the ferry dock was gone. Despite the extreme circumstances, we were given no information. We didn’t know if there was a plan to get us off the island. Drinking water was becoming scarce and we had to resort to collecting rainwater.

The lack of communication from management made many visitors anxious and frustrated. I believe that if you are responsible for others, you must have some basic emergency-preparedness training.

Simple hourly updates could have  provided a sense of control, but only a daily, one-page document was provided to us. The documents were repetitive and did not necessarily make it to every guest, as copies were slipped under doors and left at the front desk. The hotel had an intercom system, but it was seldom used throughout the storm.

The storm weakened on the fourth day and the Royal Australian Navy held a meeting at the resort. We were told we would be shipped out by ferry, with help from defence personnel. We were relieved to be moved to the mainland, but once again, we were not made aware of any clear plan and ended up in the same situation we had left behind. Thankfully, our luck  changed when a fleet of buses made it through the flooded areas to reach us. We were driven four hours northwest to an evacuation centre in Townsville.

At the evacuation centre, there was a solid emergency-management plan. There were volunteers everywhere, medical treatment was available, physiological support was offered, there was food, water, showers and a place to sleep.

Experiencing a natural disaster reminded me of the importance of good public communication.

The takeaway I will bring to my department is to ensure that there are plans in place for simple and effective communication. During a wildfire, earthquake or large-scale emergency, our departments could face these same communication challenges. During the storm, we were isolated with hotel management left to handle our safety. Because our department is also located on an island, emergency services are the main safety providers, as well as safety communicators. We can’t overlook one in lieu of the other. One vital key to successfully managing the aftermath of a natural disaster is to provide frequent updates that offer valuable information. Even if there is little to be said at the time, simple reassurance by responding agencies is crucial.

Cathy and I came home safely, but so many residents were left devastated; our hearts go out to those deeply affected by Cyclone Debbie. It was an experience I will never forget.

Arjuna George is chief of Salt Spring Island Fire Rescue in British Columbia; he has served on the department since 1997. ageorge@saltspringfire.com    @AJGeorgefire or @AJGeorgeFire a@SSIFR