April 30, 2015, Toronto – Most of us know about the Charleston 9 – the firefighters who were killed after they responded to the Sofa Super Store fire on Monday, June 16, 2007, in South Carolina.

Most of us probably haven’t heard of David Griffin, the driver on the first engine to respond.

Griffin’s story is gut-wrenching. “Plagued with survivor’s guilt, he numbed himself with alcohol, painkillers and blood sports so much that it nearly cost him his life,” according to the bio on the Ontario Association of Fire Chiefs website.

Griffin had fought Houston ‘The Assassin” Alexander in a mixed-martial arts bout. For three days, his eyes were swelled shut from the battering to his face.

At which point Griffin stopped feeling sorry for himself and did something to honour his nine fallen colleagues – he got a doctorate of education and is helping to change the way firefighters are trained.

I sit through a lot of presentations at conferences. I’m looking forward to this one on Sunday at the Ontario chiefs annual education seminar. Griffin, by the way, a former professional baseball player, is just 34 years old; in 2007, when he drove the truck to that Super Sofa fire, he was 26.

The OAFC trade show and conference – the largest in Canada – ought to be interesting. The agenda is fulsome – Griffin’s presentation follows former FEMA deputy director Richard Serino’s talk about the Boston marathon bombing, another must-see.

From an inside-baseball perspective, there will likely be some politicking in the hallways as candidates for the board of directors jostle for votes (up to 16 for 12 positions, I believe) and then for positions on the executive. With Greater Napanee Chief Terry Gervais retiring and Hawkesbury Chief Ghislain Pigeon moving on, there will be a minimum of two new faces on the board, and, if my intelligence is correct, potential for some change on the executive. Watch for tweets (@fireincanada) when election results are announced on Tuesday.

I’m also hearing rumblings about change at the Office of the Fire Marshal and Emergency Management so I’ll be hunting for confirmation. The OFMEM’s booth at the trade show is always bustling with uniformed staff, and Fire Marshal Ted Wieclawek gives his annual update to OAFC delegates at 8 a.m. Tuesday.

With the Ontario training officers, communicators and public educators conferences running simultaneously to the OAFC – there are several joint sessions but also separate seminars and presentations – there will be more than 600 delegates at the Toronto Congress Centre, starting Saturday morning.

The trade show opens Sunday at 10 a.m. – I’m hoping to connect with all the vendors I missed last week in Indianapolis! – and, as always, assistant editor Maria Church (a conference/trade show rookie!) and I are looking forward to networking – I find the best story ideas talking to people after hours.

Mostly, though, we’re looking forward to golf tomorrow – our annual Fire Fighting in Canada/OAFC Provincial Open. Maria will be on the $10,000 hole-in-one tee watching for a lucky drop, and – as was the case last week in the collapsed-structure simulator at FDIC in Indianapolis – I will be trying not to humiliate myself. 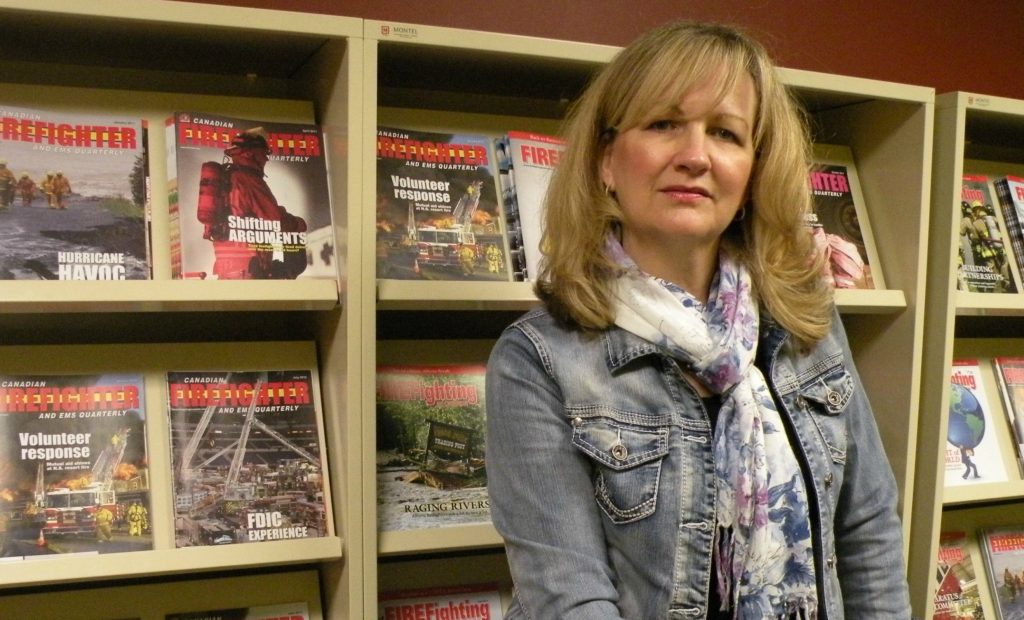 Laura King is gearing up for the Ontario Association of Fire Chiefs conference this weekend and gives some insight into what attendees can expect at Canada's largest trade show and conference.
Print this page