May 12, 2015, Toronto – Context. There’s certainly not a lot of it in the Fraser Institute bulletin on municipal fire services released last week.

If you haven’t read one of the many news stories about the report, here’s the gist: there are more career firefighters in Canada – specifically, in Ontario – than there used to be but fewer fires.

It took three highly educated researchers – people with masters degrees and PhDs – to put together a 14-page document that includes two full pages of references (to justify their hours of research, no doubt) yet fails to mention that fires burn hotter and faster than they used to, that there are standards and SOPs and SOGs for sending firefighters to structure fires, that municipalities determine the levels of service they want, and that some firefighters work in prevention and public education – areas that contribute to the reduction in fires.

If a reporter – like me – published a news story that was devoid of context, he or she would be pilloried and vilified. (The IAFF does just that in its response to the bulletin, posted last night, which is worth reading and challenges the researchers’ methodology.)

What’s more, the Fraser Research bulletin bizarrely features a graphic on its cover of a firefighter wielding hose that is spraying paper money and coins. Is it the mandate of the Fraser Institute – a non-partisan research and education organization – to editorialize and sensationalize?

OK. I know. I have skin in the game. I’ve had calls and emails about the report and people asking if I planned to write about it. I didn’t. Until I got the calls and emails. Because, frankly, I didn’t think it justified a response. But if the bulletin is being distributed among municipal leaders who, mind you, probably know a lot more about fire than these three researchers, then perhaps they will also read this and glean the much-needed context.

It wasn’t clear to me who commissioned the report, so I sent an email to lead author Charles Lammam. He replied last night.

“In an era where municipalities across Canada face budgetary pressures while claiming a lack of revenue, all spending choices warrant close examination,” he said.

(I see he used the same line in an op-ed piece in the Vancouver Province – I didn’t even get an original answer.)

“No agency or group commissioned the report.”

OK. Fair enough, given that there have been plenty of news reports critical of firefighter salaries and municipalities complaining that they can’t afford them – although, interestingly, that’s not the focus of the report.

I also asked whether the researchers – who complained about the lack of available statistics on fires and firefighters – had contacted each provincial office of the fire marshal or fire commissioner to ask for data. Yes, yes, we know there’s no national database but a little digging would have unearthed provincial numbers. I find it curious that the report doesn’t include them.

The Ontario Office of the Fire Marshal and Emergency Management provided numbers, Lammam said. Other details came from annual reports from Calgary, Montreal and Toronto – all easily accessible online, and Statistics Canada. He didn’t answer my question.

As the IAFF points out, the report does, however, include firefighters who work for private companies – oilfields, for example – in its conclusion that the number of firefighters has increased in the last 16 years. Those firefighters are not paid by municipalities so I’m baffled about the relevance.

“We’re seeing a puzzling trend,” Lammam said in the email, “a growing number of firefighters and escalating fire services spending, despite fewer fires to fight.”

Clearly Mr. Lammam and his team didn’t ask anyone in the fire service why there are more firefighters and fewer fires. Doing so, of course, would have debunked the report – provided context.

I could go on and even agree with some of the comments made by Ontario union president Carmen Santoro on a radio talk show on Friday, but I’ll leave you with a few thoughts.

But it fails to take into account tornadoes and mall collapses and wildfires and floods and train derailments.

It fails to mention that if municipalities were to reduce service levels then residents might demand a reduction in taxes.

It fails to mention that firefighters don’t want more fires and more property damage and more injuries and fatalities.

It fails to recognize that municipalities are matching the level of service to the risks in their communities – because that’s what taxpayers want. 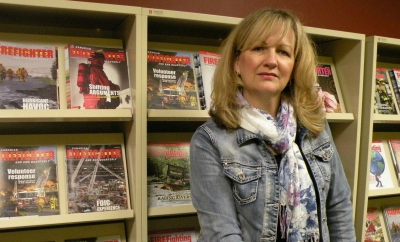