Phil Badanai is a fighter. At 44 years-old, he is a firefighter, military veteran, international athlete, a proud father and recent grandfather, overcoming a series of physical and mental health challenges along the way. 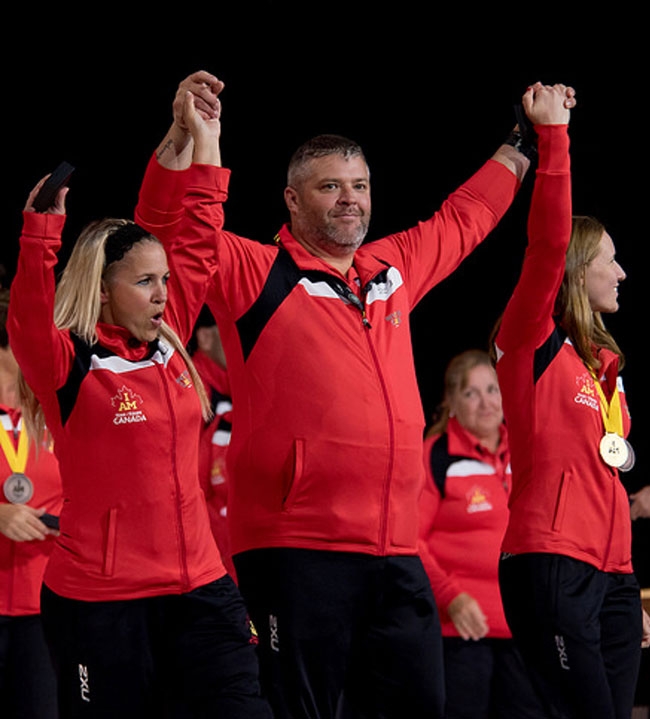 Not long ago, Badanai says he was at his lowest point and feeling like his life was over. He was diagnosed with post-traumatic stress disorder, which developed largely as a result of an ambush attack while he was on a peacekeeping mission in Croatia.

Last year, he began training for the Invictus Games. Founded by Prince Harry in 2014, the Invictus Games is a parasport competition that raises money for wounded, injured, or sick veterans and military personnel. Training wasn’t easy, but it changed his life.

“I never expected the journey to be what it was,” Badanai said.

Growing up in Thunder Bay, Ont., Badanai joined the Royal Canadian Regiment right out of high school. Two years later he was deployed to Croatia.

On Dec. 31, 1994, Badanai and colleague John Tescione were driving back from an observation post when a group of more than 20 Serbian soldiers opened fired on them, he described. Badanai was shot twice and Tescione was shot seven times.

Badanai drove 13 kilometres to the medical station. After treatment he was sent home to Canada, where he received the Governor General’s Meritorious Service Medal. The jeep Badanai drove is now part of an ongoing display at the Canadian War Museum in Ottawa.

After Badanai’s final deployment in 2001, he decided to become a firefighter.

“It was not something I had planned,” he said of the career change.

After graduating from the fire academy at CFB Borden in 2002 he was posted to Cold Lake, Alta.

“When I was in Cold Lake I started noticing things weren’t the same,” he said.

Badanai would become extremely angry, many times without cause, he said. Yet he remained calm when other firefighters were stressing over a call.

“I was the exact polar opposite,” he said. “I was constantly angry, unless something was going on and then I was relaxed.”

Badanai said he felt that he stood out in a way he hadn’t as a soldier.

“With being in the army, [PTSD] is easy to hide because my biggest thing was explosive anger,” he said. “[The military is] all speed and violence and they want you to be aggressive, so that was easy to masquerade.”

Two years later he was sent to Trenton, Ont., where he started going to therapy. Concerned he would lose his job as one of the senior crew members, he worked even harder to hide his mental struggles.

“I had a feeling that if they diagnosed me with PTSD that was the end of my career, but I kept on doing all my duties in the fire hall,” he said. “I was doing everything I [could] to keep working. “

Despite keeping up appearances, he said his crew understood something was wrong.

“Whether you’re in the army or a firefighter, it’s the guys and girls you’re with; it’s your family,” he said. “Your crew will know if something is up with you.”

Members of the military have to be fit for deployment to keep their jobs. In 2008, he was given medical release and began working as a civilian instructor at the CFB Borden fire academy.

He currently works as a firefighter with Bombardier Aerospace in Toronto and as a private training instructor.

Finding passion
Recently, Badanai said he went through a period where he couldn’t find joy in his life, despite trying.

He said he was inspired by his friend Steve Daniel, a veteran and world-class athlete from Sudbury, Ont. Daniel was paralyzed after a parachuting accident in 2005, but that didn’t stop him from competing in the 2008 Beijing Paralympics or winning a silver medal in rowing at last year’s Invictus Games in Orlando, Fla.

So, Badanai sent in his application to compete in the 2017 Invictus Games. Badanai was one of 90 athletes selected to compete for Team Canada. This was the change he was looking for and he went into training with a new fire. But in April, less than two weeks after the first training camp in Victoria, Badanai suffered a stroke.He spent the next five days in hospital.

“When I was getting discharged from the hospital, the first thing I said to the doctor was, ‘when can I start training?’” He said he was advised he could start the next day.

“I’m not going to let a stroke hold me back,” he said.

He began posting about his stroke on Team Canada’s Facebook page and giving training updates.

“I started posting every time I worked out . . . to just use that as accountability for myself,” Badanai said. “I found out it was actually a motivator for other people.”

Badanai’s determination was so inspiring that his teammates voted for him to be the flag-bearer.

“Maybe a couple of years ago I would have been defeated, but with Invictus and with everything else, having great support both at home and with the team, it’s motivating.”

In September, he competed in indoor rowing, wheelchair rugby and wheelchair tennis.

Now Badanai lives by a new life motto: “Take the negative and turn it into a positive.”

“Life throws you curveballs and you’ve just got to learn to adapt to it.”