In a few short weeks, firefighters across the country will begin competing in events for the 2019 Canadian FireFit Championships. 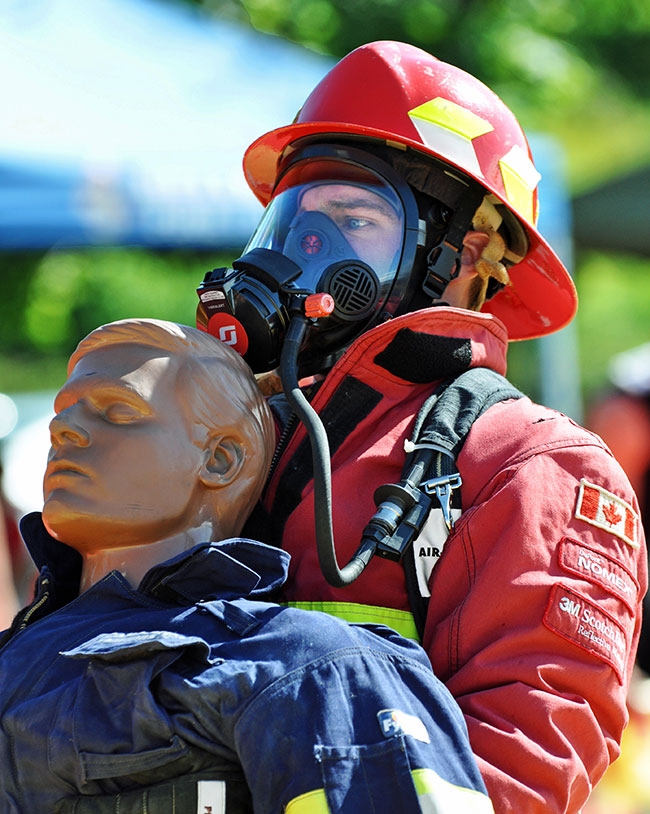 Over a six-month period between May and September, in fact, as many as 2,000 firefighters are expected to compete in individual, team and relay events at locations across Ontario, Quebec, British Columbia, Alberta and Nova Scotia. Ten locations are firmed up with another two tentatively scheduled.

“Last year, we had approximately 1,500 competitors,” said Hilary McRoberts, vice-president operations at FireFit of Canada Ltd. “This year, we expect to exceed 1,500 and are projecting to be over 2,000.”

Competitors range from rookies to seasoned veterans. Events in the competition are demanding and replicate the tasks a firefighter might perform in an emergency situation.

Events at the competitions include stair climbs, hose hoists, forcible entries, runs, hose advances and victim rescue scenarios. Depending on the event, individuals and teams complete a variety of tasks.

McRoberts said the events are important because firefighters must be in good shape to do their jobs and the competition promotes physical fitness, which is a good way to relieve pressures of the job.

“Their most important tool is their bodies, which need to be strong and capable of doing the work under load with all the gear on,” said McRoberts. “A firefighter’s business suit can weigh anywhere from 40 to 80 pounds, and then they are asked to perform strenuous tasks in extreme heat and toxic environments.

“Being fit enables them to do their jobs better and more easily. The ability to be able to physically do the job is imperative as it may help them to save others as well as themselves or their partner.”

McRoberts said those who participate in FireFit know how much time, effort, work, money and commitment it takes to compete and are therefore like a family, but it’s still a competition with a purpose.

“It helps our firefighters to be better prepared to do their job,” she said. “It helps them maintain a healthy lifestyle while enjoying the camaraderie of other firefighters from around the world.”

The idea for FireFit originated in the United States as an entry-level test for fire departments to administer when testing potential new hires. Because of its relevance to the job, it morphed into a competition.

The first Canadian National FireFit competition was held in Vancouver in September 1994 and ran for 15 days. Approximately 50,000 spectators watched the event.

“We would do three demonstrations a day and then on the final weekend we ran a one-day national championships which was won by Brampton Fire, from Ontario,” said McRoberts. “The seed was planted and we began booking events across the country. The rest, as they say, is history.”

Since then,  popularity of the competition has grown and FireFit has become known not only in Canada but worldwide and competitors now come from every province and territory in Canada as well as the United States, New Zealand, Australia, Germany, England and the Middle East. Broadcasts are aired on TSN, OLN and RDS.

The competition is open to:

Retired firefighters, candidates in the hiring process and students who’ve graduated from a pre-fire service program but have not been hired by a fire department are not eligible to compete.

The year kicks off May 11 and 12 with a competition in Courtenay, B.C., and wraps up Sept. 11 to 15 with the World FireFit & Canadian National Championships in Oshawa, Ont.

For more information about FireFit Canada and the events, go to www.firefit.com.