The fire service has changed a lot since I became a member in 2007. When I first started, it was an era of getting “badged in” and learning the job as the training schedule unfolded and the calls came in. 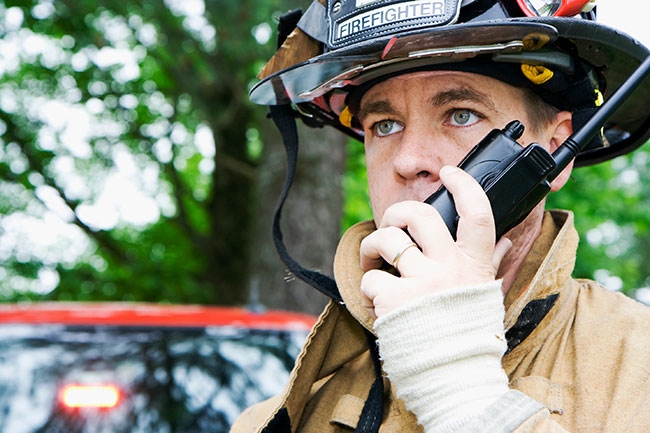 “If you show up yelling and screaming orders because you are excited The fire service has changed a lot since I became a member in 2007.

Your pager was put in your hand, you were given a handshake and a welcome aboard and pat on the back.

My first set of bunker gear was banana-yellow with a corduroy collar and fit well for not being custom measured.

Fast forward to today and our service has evolved, even in my short amount of time. I’ve gone through two sets of bunker gear, and seen several new truck deliveries in my station, as well as a new chief, district chief, deputy chief and a few new captains in addition to myself. We have added digital technology to aid in our dispatching system and larger-capacity breathing apparatus.

The fire service evolves quickly, and this can be chalked up to budgets and decision-makers. When you get the task to start acting as a company officer or officially change your helmet colour in the form of a promotion, someone above you has decided to give you an opportunity.

Over the past few weeks, I reached out to some people I know who are firefighters in Ontario, both full-time and volunteer. I wanted to know what attributes they thought make a good, if not great, company officer. Some of the best answers that were brought up were a company officer’s knowledge base and his or her ability to be a great mentor. Almost everyone answered about an officer’s ability to be calm and composed on the fire ground.

From the moment the call comes in to the moment trucks return to the station, there are many times where your ability to stay calm will be challenged and tested.

A lot goes on when we start responding to calls. Our heart rate goes up, the mind starts processing the information and we start to make decisions. Even as firefighters riding in the back early in the job, you are thinking of what the situation is going to look like when you arrive on scene.

I’ll be 100 per cent honest that, in my first year as an acting captain riding up front on the first rig due to any type of incident, learning to keep calm was a task within itself. You’re no longer answering to the order-taker and looking for an assignment. You’re calling the initial action plan. You’re giving the situation report and doing the size-up and going to work with your crew on the task level. You are the supervisor.

You must work through your body’s response mechanisms and ensure you stay calm. The best advice I got when I first started in the fire service in regards to responding and working on a scene was that “panic spreads panic.” If you show up yelling and screaming orders because you are excited, you aren’t helping with an already tense situation, and the public perception of your leadership and your fire service is going to be obscured even though it may be unintentional.     ]

We want to start our responses off on the right foot, drive the trucks like we are trained to do and move with a purpose and not by running around with our heads down when we are on scene. Calm, clear and concise communication is a basic foundation needed for successful operations on an emergency scene.

I don’t consider myself a seasoned veteran that has heroic stories of firefighting battles. I, like many other firefighters, still consider myself an apprentice of a very complicated trade with many moving parts. My helmet isn’t charred and marked up. It’s shiny and clean and my department helmet crest is legible (like yours should be too).

I am a relatively new captain when compared to others in my service with only four-plus years riding up front. My leg still bounces on the way to vehicle collisions, with entrapment, confirmed structure fires and any medical call that has to do with a young child. If my bouncing leg isn’t resting on the air horn foot switch, then we are doing okay. I can deal with that body response.

Training doesn’t really replicate the conditions the human body goes through versus a real-life emergency.

My advice to the new captains or the new acting captains is to make sure you are training with your crew as much as you can. Know how they function and their strengths and weaknesses. Be calm and clear when you are executing your role. Your crew and the public not only expect it, they deserve it.

Jason Clark has been a volunteer firefighter in southwestern Ontario since 2007. Having recently made the transition to captain from firefighter, he has a new perspective on riding in the front seat. Contact Jason at jjdclark@rogers.com.