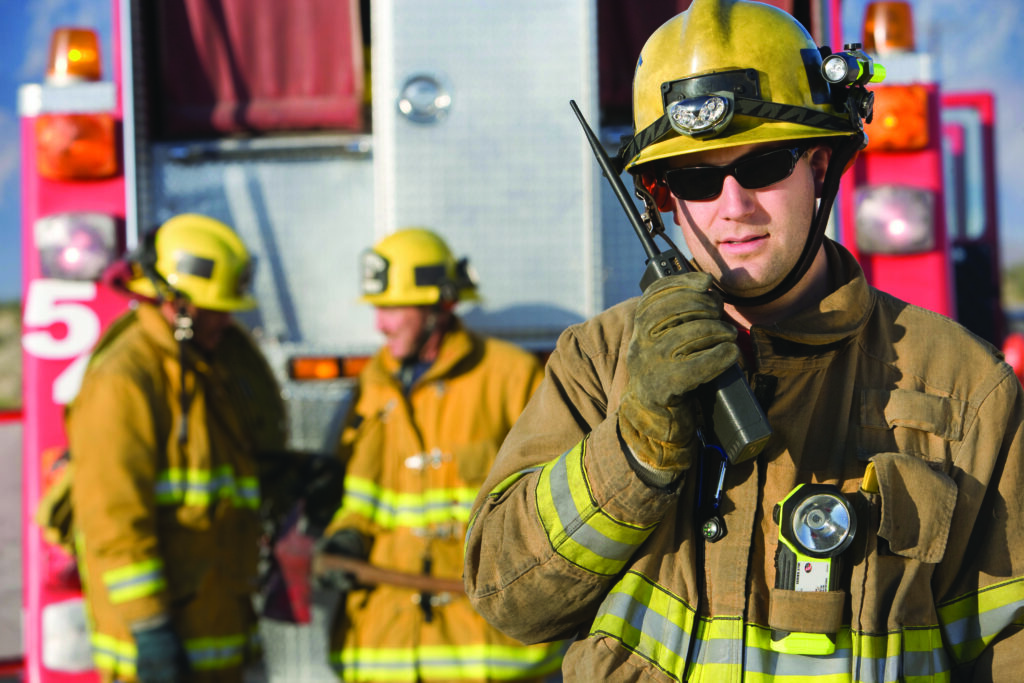 As a team leader or captain of your truck, you often must act as the eyes and ears for your incident commander (IC) when you are inside a structure fire working on bringing the scene under control.

The scene might not be yours to command or to change the incident action plan, but your decisions can control how that scene can unfold.

One of the best outcomes when communication played a strong factor in the result, with me as a captain, happened a couple winters ago. It was a midnight-reported two-story residential structure fire about 10 minutes from our station. It was a windy night, a balloon frame construction house with no immediate water supply. It sounded like the cards were stacked against us before we even left the station.

I found myself on the second due apparatus, where I grabbed some tools and reported to the IC who was standing in the front yard. He had a crew in there already making a move on a fire that started in the chimney and was now in the walls. He asked me to go in with them and help. I took a quick look at the outside walls and noticed heavy smoke coming from the eaves just under the second-story roof.

The fire was in the front room (A/D Corner) and when I linked up with the senior firefighter, the smoke was thick and the heat was low. They had knocked the main body of the fire down, but I knew we needed to get to the second floor. The entire chimney area and the studded walls were compromised with smoke and fire.

I’m a fan of using the Conditions, Actions, Needs (CAN) report for those quick radio transmissions. I will provide a quick size up to my chief on what I’m seeing, what I’m doing and if I need anything to get my objective done. This is where my IC and I seemed to have a direct line for communication.

I called for a second crew to come in and get to the second floor directly above us so we could start opening the walls to stop this fire from completely extending into the attic. A crew came in and found a set of stairs. We found the stairs as well and redeployed the hose line to the second floor.

The other team’s captain and I met on the second floor and realized we had two different staircases. Once this was communicated out to IC, we were able to get additional equipment—such as a second hose, attic ladders and extra thermal imagining cameras—and the crews to do it to make sure we had the fire out.

Incident command needs to know what is going on inside where they can’t see my every move.

We determined that the fire was working its way up after pulling open the wall and putting out the hot spots, and it didn’t travel up to the roof of the structure. We stopped it, and that felt like a huge win.

What I learned from that refire was that my IC needs to know what I am doing and what is going on inside where they can’t see my every move. I don’t need to broadcast everything, but I need to keep them informed on the progress of their scene, and do it in a very concise manor.

I have a great working relationship with my chiefs, and I am always open for opportunities to better myself in how I work with them when they are in the IC role. This was one of those fires where we had everything wrong going for us that was out of our control.

What we had in our control were our resources on scene. We used those. We had the ability to communicate between the teams and the leadership. We had a common goal to get this fire put out and it worked. While I was inside, the IC was staging their resources and pushing them inside to me when I asked for them. These weren’t resources reporting to me—this was a move saying we needed help to get this job done.

The outcome from the fire and the amount of the property saved was impressive. The fire was working its way to the roof and without intervening, the house would have been unsalvageable.

The teams did a great job, and they were told they did a great job. We, as leaders, need to be letting our crews know when they did a good job. We wouldn’t be afraid of telling one of our crew members when they made a mistake, so we need to make sure it goes both ways.

Jason Clark has been a volunteer firefighter in southwestern Ontario since 2007. Having made the transition from firefighter to captain, Jason shares perspective on roles in the fire service and riding in the front seat. Contact Jason at jaceclark71@gmail.com or @jacejclark.

Related
From the Editor: October 2019
Fit for duty: The Benefits of Partner and Team Training
Tools of the Trade: Your brain and aging into retirement
What is killing firefighters?