Twenty-five sets of bunker gear hang along the back wall at our station, each with a nameplate for every member of our department. Some of our senior crewmembers have put in over 30 years of service and are still active in training, responses and community involvement. On the other end of the spectrum, the newer members with less seniority take the racks at the end of the wall furthest from the door. 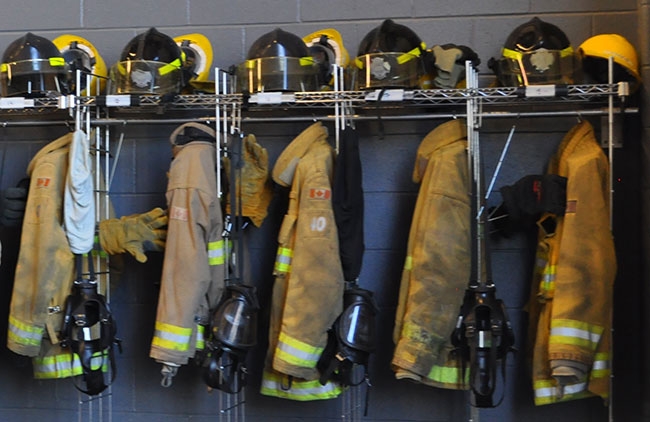 A fire department’s average years of experience can change drastically over a quick time period. You can lose a few senior members to retirement, and just like that the department has traded in 20 or 25 years of service that will be replaced with probationary firefighters. It’s part of the fire service life cycle.

We are constantly bringing new members to the trucks as our veterans retire. Let’s face it, one day we will be leaving the department, taking all of our years of service with us.

When a senior member leaves the department, it’s tough because I know I’ve learned many things from that person, whether the lessons were intentional or not. You watch the way they work and perform various skills, picking up some tricks of the trade along the way.

In the on-call service there is the reality that your senior crew may not be available for a response. You might end up with a mix of several senior members and the rest with less than five years experience. Fire fighting isn’t a baseball game where the manager sits looking at his line-up, methodically benching players and making a few roster moves. We don’t stop our operations at the scene to put in a pinch runner, make a pitching change or ask for a time out to see if everyone is ready for the next batter.

In our field of work, training with the best methods prepares us for what might happen on the fire ground, but things can always change at a call. Responding to emergencies is the best test to see if training had any impact on our junior members. No call ever really happens the exact way we train for it.

My department took a chance on me 10 years ago when I was fresh out of college and had never touched an air pack or fire hose in my life. Now as a captain, I enjoy working with the newer members to make sure they are comfortable with the required skills. Sometimes after they complete a skillset correctly, they may look at me funny when I ask them to do it again and again. The more firefighters practice, the better the return. The training will pay off when it matters most: at a call.

We responded to a single motor vehicle collision with confirmed entrapment in August 2017. As the first officer on the scene, I did a 360-degree walk around and then radioed that I wanted the jaws fired up to spread the door to gain patient access. The three other members working on the rescue truck that day had a combined six years total experience between them.

As I re-evaluated the access plan in my head, I looked back and saw one of my crew members ready to go with the spreaders. I realized I had called for the spreaders first, but the cutters would help us to gain access quicker. Since my crew was prepared, they hooked the jaws and the cutters up in case both were needed. I told them I made a mistake and communicated what I actually required.

Without losing a moment, the firefighter holding the jaws set them down and picked up the cutters. He approached the vehicle and made his cuts, removing the door before paramedics got the stretcher to the vehicle.

At that scene, I was working with the newest members on the department while they were working with me as the newest captain. That day, my three-member rescue team with six years of combined experience were able to pick me up without losing a beat.

One day, the time will come for you to hang up your gear up for the last time. As soon as you leave the station, you will be taking years of service and experience out of the department. It doesn’t matter if you were a chief officer, captain or a firefighter, you will have left your years of experience behind for someone to learn from.

Jason Clark has been a volunteer firefighter in southwestern Ontario since 2007. Having recently made the transition to captain from firefighter, Clark has a new perspective on riding in the front seat. jaceclark71@gmail.com  twitter@jacejclark

Related
Between Alarms: Set your department’s core values
Recipe Rescue: When life gets busy
Tools of the Trade: Firefighter wellness is key to injury prevention
Doing more: How the fire service can create healthier communities