A large British Columbia fire department has experienced measurable operational and safety improvements after introducing pay incentives for its 396 unionized staff based on department-wide performance. 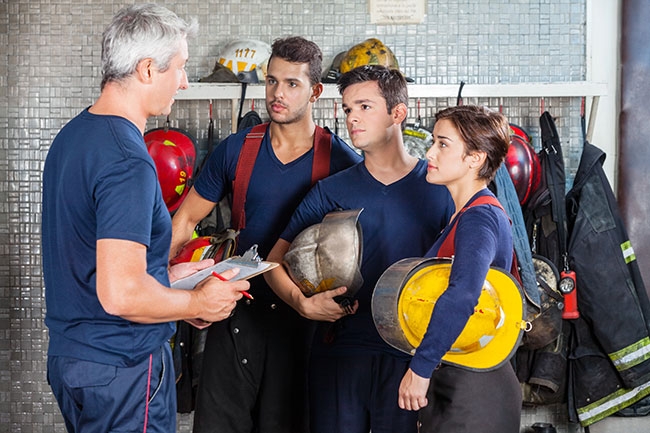 In early 2015, Surrey Fire Service (SFS) introduced a performance pay incentive program as part of its ongoing commitment to excellence, improvement and accountability. Based on 11 key performance indicators (KPIs), the program provides a financial incentive to its unionized members when the entire department achieves annual pre-set targets.

The bonus is an annual lump-sum payment equal to 0.5 per cent of base pay for all bargaining-unit members. The funds are deposited into a tax-free savings account (TFSA) that members can redeem upon retirement.

Implemented in collaboration with the Surrey Firefighters’ Association, the program provides weekly progress reports to both union members and management in real time, allowing union members to see the results of their efforts and enabling management to quickly identify and respond to emerging problems.

By measuring results of the entire team rather than individuals, the approach has enabled SFS to introduce performance evaluations in a union environment, while providing data that the department can use to make evidence-based decisions.

“From a union perspective, the program recognizes and compensates the dedication and hard work the Surrey firefighters are doing in the city,” said union president Mike McNamara. “By identifying the areas of concern, it assists the crews in organizing their work schedules with a focus on areas that provide real outcomes to public safety.”

Creating the program
The concept for the pay incentive program arose from a desire within the department to better track and improve performance, while justifying a financial benefit to union members.

As a starting point, department leadership was to determine 10 key performance indicators to deliver measurable performance that would ultimately lead to better safety results for the public.

The criteria included choosing metrics that were linked to real outcomes, such as reduced fire loss, death and injuries, and reflected activities that were already taking place but were not being measured. The department settled on 11 metrics:

In addition, there is a bonus measure for perfect department-wide attendance. Although this measure is largely aspirational, progress towards this goal is being tracked. In 2016, 63 per cent of SFD staff had perfect attendance.

In the end, the measures and the targets for each measure were set at a level considered to be achievable, while making slight improvements to policy compliance and expectations.

A scoring rubric was developed to provide weighting so that each measure would contribute to a total score out of 100 points. The department must achieve 70 points out of 100 to receive the annual performance payouts.

The funds are deposited into TFSAs managed by the union. Upon retirement, department members typically pay out-of-pocket for private extended medical benefits when their city-paid benefits end. The intent of this financial incentive was that a new firefighter would have enough saved in the TFSA (roughly $30,000, based on 2015 estimates) by retirement to cover 10 years of fully paid extended medical benefits. However, the funds are wholly owned by the individual and can be used any way the retired firefighter sees fit.

The importance of feedback
Ongoing performance feedback is a critical aspect of the program. The department’s QlikView business intelligence tool collects and filters all performance data and then reports it back in real time.

Every eight days, all firefighters receive emailed reports about the department’s progress in each of the 11 areas. Officers have more in-depth options and are able to view results as far down as the crew level.

For individuals, the ongoing feedback is an incentive to keep working towards the goal and to change behaviours if necessary. For management, the data reveals potential problem areas and allows for immediate intervention. For example, officers can see if a single shift at a hall is falling behind and then quickly work to provide targeted assistance to address the issue.

Program results
The reporting of AED data after a cardiac arrest is a critical component of the medical oversight process. Reporting helps to ensure quality control with AED use and CPR applied to patients. In 2014, the successful rate of reporting AED data to medical oversight was 68 per cent. This low rate of performance required staff to complete a time-consuming follow-up procedure each time AED use was incorrectly reported. Once the performance metrics were introduced and feedback was being provided regularly, the result jumped to 89 per cent in 2015 and to 97 per cent in 2016. In 2017, reporting performance is at 99 per cent; this equates to better data recording/ reporting and less staff time spent on follow-up.

Similarly, annual hydrant maintenance and flushing was being reported for only 65 per cent of the more than 9,000 hydrants in the city. After the program began, the completed hydrant rate jumped to 92 per cent in 2015 and 97 per cent in 2016.

Over time, the department will tweak its targets, in consultation with the union, to keep the performance on an upward trajectory.

Another measure of success is the department’s fire statistics after the first two years of the program’s implementation. These are the indicators of the programs desired outcomes.

The results have been so compelling that the program has sparked interest and requests for presentations from other cities in Metro Vancouver.

Keys to success
At the heart of the program’s success is the ongoing positive relationship between SFS management and the union. The program’s implementation and management are a collaborative effort that requires input and agreement from both parties.

Other key aspects have included:

Ultimately, the program is a great example of how the principles of modern public-sector administration can be used by fire departments and is transferable to many other public sector unionized environments.