Know the enemy: How to identify a fentanyl overdose

If you have been following the news you probably are familiar with fentanyl. This drug, also known by it’s generic name sublimaze, is a potent narcotic analgesic that has been used safely for years in clinical medicine, and can be found in hospitals and onboard advance life support (ALS) ambulances. 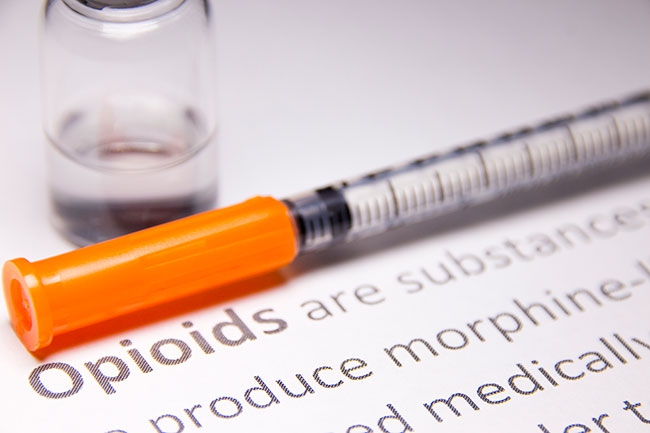 If you have been following the news you probably are familiar with fentanyl.

Unfortunately, this drug has made its way onto the streets of Canada and the United States and is killing people like human Raid. Those of you in the fire service who are about to stop reading, thinking that this subject outside your service realm, hang in, because fentanyl has some tricks in store for fire and rescue personnel.

This story began in about 2012 when overdose statistics started to climb. A handful of drug dealers  started to obtain and distribute medical-grade fentanyl on the streets. At first there were sporadic incidents and really no trends emerged. Emergency medical services, for the most part, dealt with the old standbys by way of abused substances, marijuana, cocaine, crack and heroin. Heroin was a familiar narcotic to EMS providers and it is one of the main reasons that paramedics have carried Narcan on ALS ambulances for decades. So now you’re saying to yourself, big deal, yet another narcotic on the streets, we have seen this all before; Oxycontin, Percocet, Tylenol 3s, and Tylenol 4s all came along and we have all witnessed our share of these narcotic-related overdoses. Nothing new, right? Wrong. Fentanyl is new and it is very dangerous.

Pure opioid drugs such as heroin are a derivative of the opium plant and come from pure organic sources. Familiar drugs such as codeine, oxycodone, and hydrocodone all come from the same naturally occurring source, and they all work the same way. The brain has opiate receptors and these drugs act like a key opening a lock; they unlock the opiate receptors in the brain and cause the body to experience euphoric effects as well as a decreased level of consciousness, and respiratory depression. OK, enough of the medical jargon – I’m not here to teach pharmacology 101; what I want to teach you is how to survive an encounter with the fentanyl.

You may be wondering what I’m talking about – you might deal with patients who take fentanyl but outside of potentially waking up an angry drug addict, where’s the danger? To understand the danger one must understand the drug. Fentanyl is different; yes, it is a narcotic but it’s not the same as others. Instead of coming from the opium plant, fentanyl is produced in a lab and it is therefore synthetic. Fentanyl is made in a chemistry lab by combining various compounds to produce a substance that mimics the effects of traditional narcotics, and this is where the problems begin. Medical-grade fentanyl has strong analgesic properties, and it’s about 100 times more potent than its close cousin morphine; it has a wide range of uses – mainly pain control, however it is so powerful it is also used as an induction agent for surgical procedures. (i.e. the drug used to “put you to sleep.”)

Remember meth? That’s the short form of methamphetamine, and some of my fire friends out there, especially the ones who run hazmat calls, just perked up. Why? Because either they have responded to a mysterious explosion call, or they have been asked to co-respond with local law enforcement to take down a lab. Either way, I hope I have your undivided attention now, because fentanyl is the next clandestine drug lab that you are probably going to encounter, and with it you are going experience a new series of challenges.

Here is the first challenge: unlike other drugs that have to be injected, ingested or inhaled, fentanyl needs only to be placed on your skin – it can be absorbed. The only other drug like fentanyl was LSD. LSD, if accidentally taken, would cause hallucinations in a worst-case scenario. Fentanyl’s properties will render its victim unconscious and will stop his or her breathing; and, if the situation goes undetected, fentanyl will cause death in four to six minutes. In a clandestine lab situation, responders will likely encounter fentanyl as a raw powder. In its purest form of 95 per cent, only a small amount of fentanyl is required to become airborne; then, if inhaled, the drug could be lethal. Also, if a responder were to get even a small amount of fentanyl on his or her hands, it would be rapidly absorbed through the skin and cause a potentially lethal situation. To put this into perspective, according to RCMP,  2.2 kilograms of 95 per cent pure fentanyl powder is capable of killing 250,000 people. To clarify even further, it takes just two milligrams of medical-grade fentanyl to be lethal to a 90 kilogram (200 pound) person, and in a clandestine lab situation, responders will not be dealing with medical grade fentanyl – the drug will be much stronger.

Drug strength is the second challenge. Fentanyl is not only being produced in clandestine labs, it’s also being modified. I’m not going to go all chemistry on you, but I will say that the fentanyl of today is not going to be the fentanyl of tomorrow. Modifications to the original recipe are called analogs; these analogs are produced when a chemist puts a slight twist on the original formula and presto, a new, stronger fentanyl is born. According to RCMP, carfentanyl, 3 methylfentanyl, and W18 are all modified versions of the original drug. So, let’s do the math: for example, 3 methylfentanyl is now 400 to 6,000 times more potent than morphine. Carfentanyl is 10,000 times more potent than morphine –  it’s the drug of choice for sedating elephants in Africa.

To put things into practical perspective, fentanyl has far-reaching implications for all first responders. Knowing more about fentanyl should make you think about;

If you are responding to incidents that involve clandestine labs or mysterious white-powder calls, protect your response personnel by following the NIOSH guidelines for personal protective equipment. (Go to www.cdc.gov/niosh and search emergency response card). The recommendations are class-A, fully encapsulating suits with SCBA when responding to incidents that may involve fentanyl.

Other facts
Heroin, cocaine, oxycodone, and other drugs can be cut in with fentanyl, in powder, liquid or pill form.

RCMP and police have found illicitly manufactured fentanyl being sold in:

If you would like information regarding the establishment of a fentanyl response program, or a Narcan administration program, please email mhoffman@cityofnb.ca.