When firefighters in Come By Chance, N.L., were called to the scene of a traffic collision in October 2016, they responded, as usual, with lights and sirens. But a puzzle-piece sticker on the car’s back windshield – the international symbol for autism – alerted rescuers to change their approach. 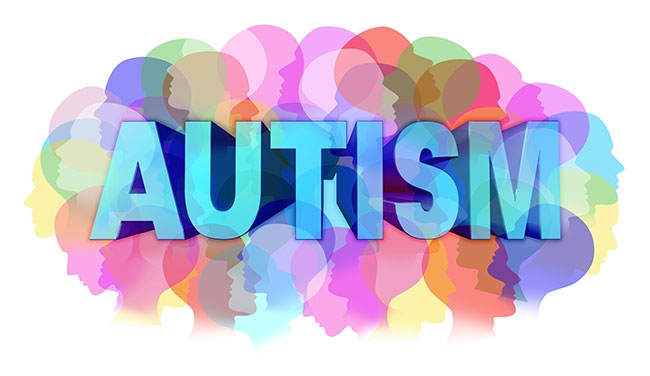 According to the Canucks Autism Network Assistant editor Lauren Scott finds that first responders across Canada are taking autism awareness training to better serve individuals on the spectrum.

The car had collided with an all-terrain vehicle, and the driver was a person on the autism spectrum. A typical approach to a traffic incident involves sirens and lights, but the firefighters had recently undergone autism-awareness training and understood that people with autism are particularly sensitive to lights and loud noises. Instead of putting unnecessary stress on the autistic patient, the firefighters put their training to the test.

“As soon as we recognized that this was a person with autism, we changed things a little,” said Come By Chance Chief Duane Antle. “We moved our truck back . . . and positioned it so it wasn’t as impactful on the driver. It went so smooth; it was unbelievable.

“As a firefighter, I had a hard time understanding that somebody in their time of need would not appreciate hearing that siren coming,” he said.

“For somebody who is on the autism spectrum, having those lights, having those sirens, having all of the noises that you would typically make [during] a response . . . would actually cause sensory overload and put that person into a very uncomfortable position.”

Autism is a neurodevelopmental disorder that exists on a wide spectrum. The spectrum includes a range of indicators such as social, communication (verbal/ non-verbal), behavioural issues and restricted or repetitive behaviours. These challenges can be mild, moderate, severe, or anywhere in between, meaning a person’s response to an emergency can vary greatly.

People with autism look no different than anyone else, which means first responders have to look for behavioural clues. Lack of eye contact when talking to rescuers, or laughter during an emergency, could indicate a person has autism.

According to the Centers for Disease Control and Prevention, one in 68 children has an autism-spectrum disorder. Organizations such as Autism Canada and Autism Speaks Canada have applied this statistic to Canada.

Despite the fact that the Vancouver-based Canucks Autism Network (CAN) estimates first responders are seven times more likely than other people to come into contact with a person on the autism spectrum, there is no required training for first responders in Canada. However, organizations such as CAN, Autism Canada and the regional Autism Society branches are working with fire departments and, in some cases, individual first responders to provide training.

First responders who are also parents of autistic children have been working with Canadian autism organizations to create educational and training programs for colleagues. Former North Vancouver firefighter Ben Wilson is working with the Canucks Autism Network, helping to develop workshops that have been administered to first responders across the province, including District of North Vancouver Fire, North Shore Search and Rescue, Emergency Management BC, Surrey RCMP and the Fire Prevention Officers Association of British Columbia. British Columbia fire and emergency services departments are able to sign up for CAN training on the organization’s website: https://www.canucksautism.ca/awareness-training/first-responders/

A few provinces over, Autism Canada has teamed up with another first-responder parent. Winnipeg police officer Randy Antonio is working with the organization to create online training packages and modules that will be available on the organization’s website by the end of 2017.

Online autism resources have also been made available to first responders across the country, some in both official languages. The City of Laval in Quebec has been working with police and fire officials to provide autism information as part of the Autism-Inclusive Cities Project. Training videos and resources such as fire-specific manuals and workbooks are available to download on the initiative’s website, www.asdfirstresponders.ca. Additional information is available through Autism Speaks and can be accessed on the organization’s website at https://www.autismspeaks.org/family-services/autism-safety-project/first-responders

Lucie Stephens is the program director for Autism Canada. She said first responders know what to do in an emergency, so they must be patient when dealing with an individual on the spectrum.

“Really when it comes to autistic individuals, they may not have the adaptability to know how to respond in an emergency situation. So the onus really has to be on the first responder.”

“This is something every firefighter should know,” Chief Antle said.

Antle says it’s important that firefighters know how to recognize a person with autism and change their response accordingly. Many firefighters have already come into contact with people on the spectrum, but it might not have been apparent during the incident.

According to the Canucks Autism Network

Be unresponsive to their name or verbal instructions.

“It’s going to be a part of everyday work life for first responders,” Stephens said.

For Cobequid, N.S., firefighter Courtney Mills, autism is already part of everyday life. Mills has Asperger syndrome, which is on the high-functioning end of the autism spectrum. She said that when she joined the department as a young volunteer in 2009 at age 14, she felt her colleagues didn’t understand how the autism spectrum means she, and others like her, might react differently in an emergency.

Three years ago, Mills decided to start training her colleagues who weren’t otherwise receiving autism training. Now, at 22-years-old, she travels across the province to spread awareness and help firefighters help others.

At her sessions, Mills stresses the importance of compassion and creative thinking.

However Mills says the most important, and often forgotten, tip is as simple as it gets.

“Don’t be rude,” she said. “Even if they’re non-verbal, they can still hear what you’re saying.”

Mills says it is important for firefighters to always go into emergencies with an open mind because it is very likely that, at some point, departments will have to deal with a person on the spectrum.

An open mind on the part of one chief is what led to a provincewide program in Newfoundland and Labrador.

Chad Giles, a volunteer firefighter in Come By Chance brought the idea of autism training to Chief Antle, who is also the president of the Newfoundland and Labrador Association of Fire Services.

Giles has a 19-year-old son with autism. Although his son is on the high-functioning end of the spectrum, his wife Rita Giles raised concerns about others in the community.

She knew Treshana Gosse, the regional assistant manager of the Autism Society of Newfoundland and Labrador, who was running autism awareness sessions.

“[Rita] just thought it would be a good idea for us to try the training. So she brought it to me, and I brought it to the chief, and it just went from there,” Giles said.

Antle said he was reluctant to pursue training at first, but quickly changed his mind as the session progressed.

“Before I took this training, I think I’d have to honestly tell you I didn’t even know what autism meant,” Antle said. “It was an eye-opener from that perspective, just giving us a true understanding of what autism looks like.”

In a three-hour training session, Gosse presented first responders with foundational information about autism. Participants in Come By Chance learned about typical responses during an emergency, through specific examples that first responders could potentially face in the field.

More than 1,950 first responders in Newfoundland and Labrador have participated in autism education sessions.

The partnership with the Newfoundland and Labrador Association of Fire Services has allowed Gosse to run regional sessions with up to 100 first responders.

“I can’t even explain how many first responders have reached out and really embraced these sessions,” Gosse said. “It’s been phenomenal.”

“. . . The awareness that we create with the training has actually helped fire departments identify the situations where they have had to make responses that involve people with autism,” Antle said. “For dealing with people with autism, education is so important, because there is no one answer.”

2. Autism Canada – Has been a leader in providing autism education since 1976. Visit the website for more information: www.autismcanada.org

5. The Autism – Inclusive Cities Project Online resources and manuals are available to download at: www.asdfirstresponders.ca


Related
Extrication tips: Best practices for patient care
Back to basics July 2017: Making a mayday call
Timbits: A heads-up method for getting down low
Doing more: How the fire service can create healthier communities