Most firefighters like myself have been around when a new apparatus or other piece of equipment comes into the hall. A lot of times when we receive a new fire apparatus, we go out on the streets of our district, drive it around and work with it in different capacities. 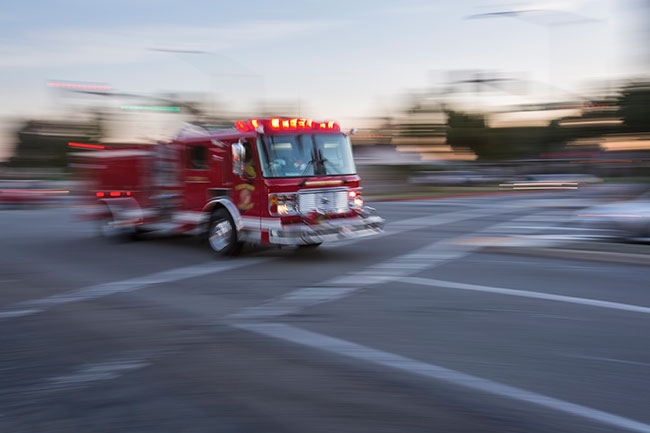 Our citizens likely believe we are showing off the new, shiny red truck, but realistically we are getting to know the new apparatus. All trucks are not made the same and every fire apparatus turns different, accelerates at different rates and has various braking performances. More importantly, the equipment is unfamiliar to us.

I was that “new equipment” in 2014 when I became an acting captain. No one knew my management style during stressful situations.

The biggest complaint I got from my firefighters was that, when pulling up to a scene, they’d want to have a plan ready to go and have it communicated to them before they opened the door. Seemed like a reasonable request. Each fire apparatus has more than 10 storage cabinets and in those cabinets there’s countless tools that aid in successful resolution at a scene. I heard them loud and clear and realized that, as officers, we can’t expect our crews to read our minds and gather equipment if we don’t communicate the plan to them.

We usually have anywhere from three to five minutes of response time to at least have some sort of basic plan communicated to staff inside the truck.

I like to have an “if” or “just-in-case” statement ready to go. The best example that comes to mind was a kitchen fire we were dispatched to in spring 2017. It was originally toned out as a confirmed structure fire, but upon arrival we were told by the homeowner in the driveway that the individual believed the fire was put out and there was only light smoke that needed to be taken care of.

The crews had the line pulled, flaked and charged by the time I got to the front door, as our chief officer was completing a 360-degree size-up. The key to this working out so well is that we’d decided between the three of us involved, who was on the nozzle, who was working the door position and who was to pull the remaining hose out of the bed. Basic and simple communication was the formula to this specific situation.

Obviously not all situations we encounter as firefighters or company officers are this simple or straightforward. It’s important that training takes place before a call and an incident action plan has been communicated with the crews. If you are calling an audible or a change in tactics, everyone needs to know about it.

Have you ever seen a football game where a trick play was intended and its obvious a player or multiple players didn’t receive the message? Usually it ends in disaster and a loss of yards or even possession of the ball, and it’s an embarrassing situation for the entire team.

Just because you aren’t the first truck that’s due at a fire doesn’t mean your role is going to be less valuable to the outcome of the scene. You need to connect with your command staff and see what resources they need filled. Touching base with command and bringing the correct gear and tools forward can avoid timely return trips to the apparatus to gather the correct equipment.

There are many moving parts to the fire service in terms of resources. Your trucks have large engines, pumps and tools and you need to know their limitations as well as their strengths. This goes for yourself as a company officer as well. No one at a fire scene wants to encounter the dreaded breakdown of any resource.

If anything new comes into your station, train with that equipment or person until you can’t get it wrong. The citizens in your response area will soon realize that your truck is a well-oiled machine, as are the firefighters and crews riding in it.

Jason Clark has been a volunteer firefighter in southwestern Ontario since 2007. Having recently made the transition to captain from firefighter, he has a new perspective on riding in the front seat. Contact Jason at jjdclark@rogers.com.