Firefighters responding to motor vehicle collisions (MVCs) rarely think about scene preservation. The No. 1 concern for first responders is to get to the scene as safely as possible and to gather relevant information from dispatch while en route to help determine what actions are required by rescuers.

However, every significant MVC is potentially a crime scene, therefore it is essential that evidence can be collected. Preserving evidence is often difficult at large incidents because the first priority of emergency services is to save lives and take care of casualties. Inevitably, establishing control posts, rescuing and treating casualties, and taking steps to prevent escalation of the incident disturbs the ground at the immediate site of the incident. To prevent unnecessary destruction of evidence, incidents must be co-ordinated to protect scenes.

Traffic-collision investigators jokingly refer to first responders as evidence-eradication teams. Crucial evidence from MVC scenes is often moved or destroyed by either emergency medical personnel or firefighters who are simply performing their jobs as they have been trained to do. First responders should be aware of what is involved with traffic-collision investigations in order to, when possible, preserve evidence at crime scenes.

Traffic investigators often arrive at the scene when emergency-response crews are in cleanup mode, well after they have finished the job. Post-incident cleanup is one of the most crucial periods during which to preserve evidence. First responders can be great resources to traffic investigators by identifying the initial positions of patients in vehicles, seatbelt use, road and weather conditions, and providing details about how the scene was found and what was moved. With data from the rescuers, investigators can document the original position of physical evidence.

Scene preservation for evidence collection is needed to:


Evidence is gathered in variety of ways, including photographs, videos, forensics and witness statements.

There are two principle types of errors that damage scenes under investigation: commission and omission.

Errors of commission: occur when emergency personnel destroy existing evidence or add evidence. Examples are:
Errors of omission: occur when personnel fail to recognize evidence. Examples are:
Most of these types of errors are unintentional, but they still complicate the investigation. First responders should be aware of the problems commonly found at scenes and the needs of the investigating officers to help to prevent some of these difficulties.

When should first responders expect an MVC investigation? According to protocols, MVC investigations will occur when death or serious injury is expected, imminent or known to exist, someone has fled the scene and injury or death has occurred, an involved driver is believed to be intoxicated or under the influence of alcohol or drugs, the incident is major and of an unusual nature (coach bus, school bus, train), or the collision involves hazardous materials.

First-arriving crews should:
The condition or appearance of seatbelts is also critical information for an investigator because it can reveal facts about high-speed collisions (less so for low-speed collisions). If a seatbelt is cut it is a good indicator that it was worn during the collision. However, if a person was ejected it may suggest that the belt was not worn. If rescuers cut the belt, crucial information such as blood, hair, dirt or glass can be hidden as the belt recoils back into the spool.

Bruising on the patient’s shoulder closest to the door side is an indication of seatbelt use. Depending on the severity of the collision forces, a deformed steering wheel may indicate that the driver was not wearing a belt. Note that if the seatbelt pretensioners were activated during the collision, the belt will not recoil. Burst threads or fibres on the belt indicate it was under load and possibly stretched. Even the floor-mounting plates that attach the lower belt sections to the vehicle could be deformed from severe force during the collision. Other signs of seatbelt use or non-use can be verified if there has been occupant impact within the vehicle; for example, hair stuck in the plastic trim on an upper A/B pillar or dash area may suggest a person was not wearing a seatbelt during a roll-over.

If rescuers use their tools in any of these areas in order to extricate a patient the metal could be distorted and evidence destroyed. If possible, the investigator should be made aware of any observed evidence. A good rule of thumb for an extrication officer is to designate dedicated debris piles of dismantled vehicle parts for each vehicle involved, facing upward to preserve crucial evidence.

Rescuers may often decide to move a vehicle from its original position to reduce extrication time or to gain access to critical patients. The officer in charge should make this decision. After a vehicle is moved, mark the former positions of the wheels on the ground if possible.

Tire-pressure monitoring systems – Federal Motor Vehicle Safety Standard (FMVSS) No. 138 – are mandatory on all new cars sold in the United States and while they are not required in Canada, most late-model vehicles have them. If a rescuer lets the air out of the vehicle’s tires, let the investigator know this was done intentionally for rescuer/patient safety and not as a result of the incident. Depending on the vehicle manufacturer, tire-pressure monitoring in late models will help determine tire inflation or blowout, which is recorded in the vehicle’s event data recorder (EDR) – also referred to as the black box.

An EDR is a device that records technical information about the occupants and the actual vehicle for a brief period of time prior, during and after a crash, typically for a few seconds. Crash data is hard written in an EDR, meaning once it is recorded it can’t be erased, even if the battery is disconnected after the crash. However, rescuers with hydraulic tools can inadvertently crush the box, which can make it more difficult to access the information stored inside. Rescuers must do their best to avoid damaging the EDR and protect the crucial evidence. With crash data, an accident reconstructionist can determine facts about the cause. (Watch for more on EDRs in a future column.)

After the extrication, the officer in charge should stop unwanted visitors from entering the cordoned-off areas. If extraneous people do have to enter the scene (i.e. tow-truck operators), make sure they are escorted to prevent them from inadvertently destroying any valuable evidence.

Emergency personnel have a responsibility to properly record all of the facts surrounding a crash/incident. As difficult as it may be, firefighters must do their best to emotionally detach themselves so that reports of the incident are rational and accurate interpretations of the events. Each firefighter’s conclusions must be centred on the facts and statements gathered, heard and known to be true. For example, if I’m rendering medical care to a patient, part of my initial assessment is to establish level of consciousness. If my patient smells of alcohol and shows signs of intoxication I would need to ask certain questions to establish this fact. I cannot assume that just because I smell alcohol on the person or in the vehicle that they are indeed under the influence of alcohol. I must ask the patient if he or she have been drinking alcohol and how much had been consumed in the last couple of hours. If the patient confirms that he or she consumed alcohol, only then can I state that in my report as fact rather than an assumption. I can write, “The patient admitted to drinking alcohol,” or, “Patient had slurred speech, blood shot eyes and his breath smelled of an alcohol-like odour.” Both statements are facts and not conclusions.

Traffic crashes are not accidents, but are avoidable events caused by a single variable or chain of variables. When an investigation is complete and the cause has been determined, anyone found guilty of causing the collision can be prosecuted. Investigations do not only apportion blame; from a rescuer standpoint, they can also highlight the need for improvements to road and vehicle safety to help prevent collisions. The goal of rescuers should be to assist traffic investigators in reducing traffic injuries and fatalities by addressing the factors that cause them.

Randy Schmitz is a Calgary firefighter extensively involved in the extrication field. He is the education chair for the Transport Emergency Rescue Committee in Canada. rwschmitz@shaw.ca  @firedog7 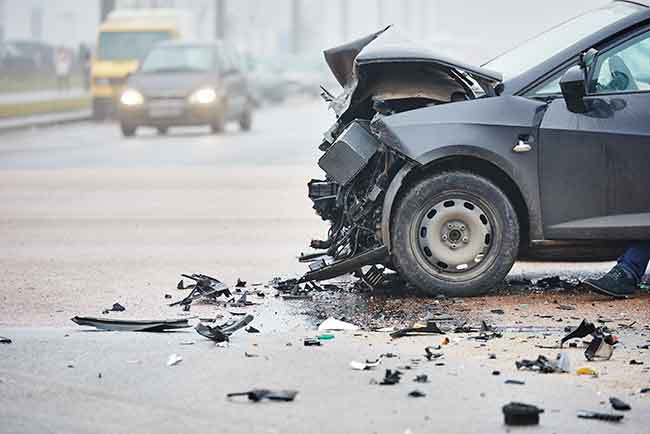