I remember, from when I was young, the deafening sound of the fire-station siren piercing the quiet town’s ambiance. You couldn’t mistake this siren for a train; you knew the firefighters were responding to an emergency. I would watch the green lights from the vehicles from across the creek that ran behind our house; it was so quiet I could hear the car doors slam as one by one the responders would show up to the station and get on the trucks. A few moments later the diesel engines rumbled out to the ramp and I could see the flashing red lights of the trucks making their way onto the street. While watching the convoy of fire trucks I remember saying to myself as a 10-year-old boy, “I’m going to do that.”

So the ball was set in motion from a young age. Fresh from college and pretty much thinking I had the world by the tail, the department was recruiting so I thought I would throw in my application and give back a few years of community service. It was February 2007 when I started as a probationary firefighter at my hometown volunteer station. If you told me as a rookie that I was to be promoted to acting captain and then captain in seven years, I would have laughed and said “I’m not going near the front hot seat.”

My station has 25 personnel assigned to it; I think most of us seem to forget that we were all the newest members of the department at one point or another. Even if you have academy training, or come from another department or station within the municipality, you still are tasked with learning names, truck numbers and where everything is.

I’m here to tell you when you promote up and take a new helmet colour, chances are you are the newest member again but in a whole different world. I promoted up after my wife constantly wanted to know when I was going to apply to become a captain. There were many excuses and many reasons (no good ones, just ask her!) and I talked myself out of the application process. I was comfortable riding in the back, facing backwards and being a worker bee. But deep down I was tempted to take a look at what the front seat had in store.

It was 2014 when the chief notified me that I was officially taking over a vacant posting as an acting captain that I had applied for previously. Many different feelings came over me when I saw this. I knew I was ready for the position, but it felt like stepping into the batter’s box. I needed to put some numbers on the board, so to speak. I wondered how the other firefighters would react to me switching helmets, especially the ones who had more years on the fire department than I had on this Earth (literally).

I honestly can’t say that everyone was shaking my hand and helping me move my gear down to my new locker with the other officers, but I felt that I had earned the respect of most of the firefighters on my
department and to this day I think that’s true. I know I can sit down and shoot the breeze with our oldest member and walk away with something from the conversation. The department you work for has a buffet of knowledge to offer from your various members; try to fill your plate with as much of that as you can. I have members on my department who have been fighting fires for more than 40 years and some for just a few months, but there is a valuable perspective that can be taken from each member.

To the newly promoted officers or even the ones who are thinking about the process of promoting in a volunteer department: your role in the fire service will change. You will probably be judged on your past experience, years of service or even age by your peers. Be prepared for more paperwork. Be prepared to read more and educate yourself on your own time. And if you get the nod to step up to a new, higher rank,
tighten up your batter’s gloves, step in the box and get ready to swing away. That front officer’s seat looked like the next step to me from the back of the truck and it wasn’t going to fill itself.

Jason Clark has been a volunteer firefighter in southwestern Ontario since 2007. Having recently made the transition to captain from firefighter, Jason has had a new perspective on roles in the fire service and riding in the front seat. jaceclark71@gmail.com  or twitter@jacejclark 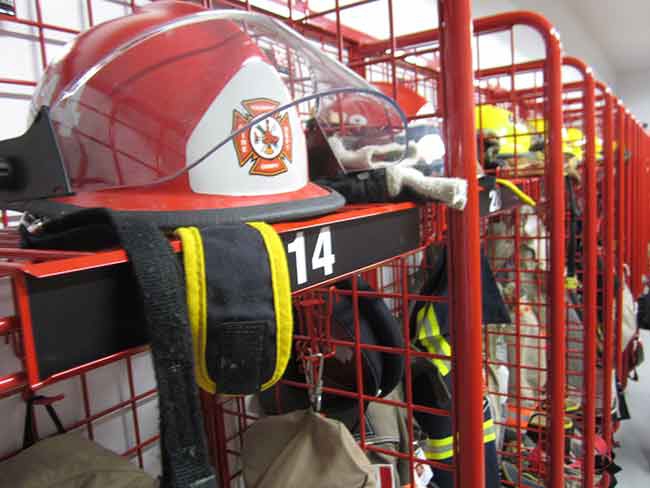 A firefighter’s role in his or her department will change with an officer promotion. Volunteer firefighter Jason Clark was recently promoted to captain in his department and shares some insight into what is involved when you take the front hot seat.
Print this page