You discover a fire has started in the kitchen of the home you share with your spouse and children. Before you have time to gather your thoughts, the fire spreads quickly up the walls. 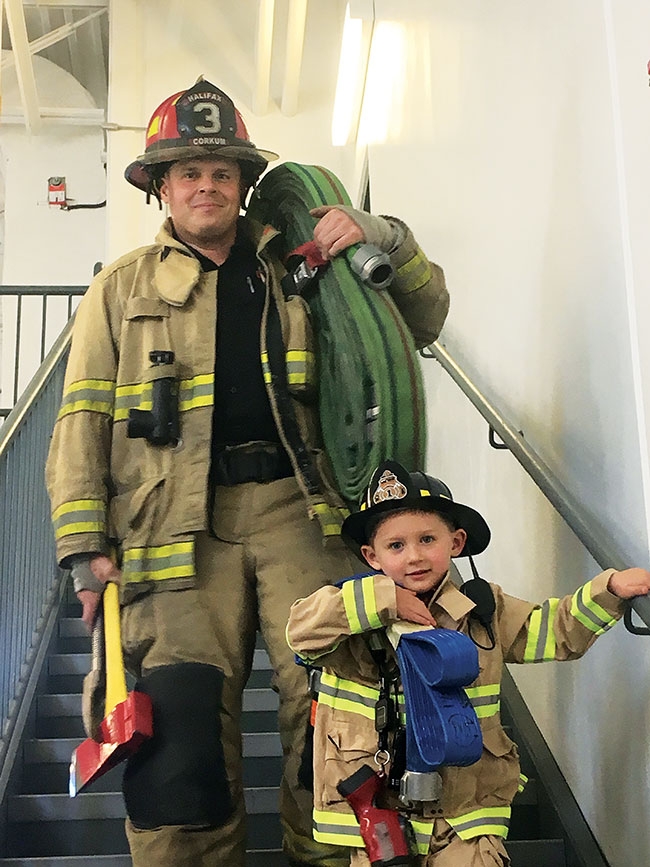 The fire intensifies. Soon, the flames have reached the attic and dense smoke is billowing out the eaves.

Your family huddles a safe distance from the inferno as you await the arrival of the fire trucks.

You wait, and wait, then wait some more.

Meanwhile, your home, keepsakes, photos and everything you hold dear is being reduced to ashes.

Eventually, firefighters arrive to flow water on what’s left of the flames. Another basement saved.

For the time being, at least, that response‑delay scenario happening in Lunenburg County, N.S., is unlikely, thanks to the mutual aid arrangements shared by fire departments throughout the county, where numerous departments are quickly paged out to support neighbouring firefighters at a fire scene.

A massive fire in downtown Bridgewater, N.S., in October 2017 that destroyed five businesses is a fine example of effective and cohesive inter-department co‑operation. More than 140 firefighters from 12 departments fought the overnight blaze.

But what if no one at all answered the pages? The fact is, every one of Lunenburg County’s 659 firefighters are volunteers who are not compelled to respond to emergencies of any kind.

Thankfully, last year a good number of those firefighters did respond to 1,079 calls, including fires, motor vehicle collisions, medicals and assorted other emergencies, says Municipality of the District of Lunenburg (MDOL) fire services co‑ordinator Chris Kennedy.

They answer the call because they want to help protect their community’s residents and properties.

Not counting the towns, the sprawling municipality is home to more than 24,800 residents.

However, with all the pressures and responsibilities of everyday life, including myriad family and business commitments and a wide range of recreational pursuits, it is becoming increasingly more difficult for fire departments to retain and recruit firefighters, particularly young men and women.

Look around most fire halls these days and you will see a lot of grey hair. Many firefighters are from the baby boomer generation. And, it is not unusual to find folks in their 60s and 70s and even older.

There are some younger firefighters, with some departments offering junior programs. In N.S., there are many young men and women today who cut their firefighting teeth in the junior program.

Mark Feener, 36, and Kevin Corkum, 39, were juniors together. Feener is now the chief of the Dayspring and District Fire Department, while Corkum is a full‑time captain with Halifax Regional Fire and Emergency and volunteers with Dayspring. Their young sons are likely to volunteer, too.

The fire service is in the blood of the Feener and Corkum families. Wilfred Feener, Mark’s father, has served his community for 52 years and counting, Frank Corkum, Kevin’s father, has answered the call for 39 years. Both men answer more calls than most firefighters in Lunenburg County and are always
involved in the action.

Cody Mosher also volunteers with Dayspring and has served in Riverport as well. Mosher and his wife have a 16‑month‑old daughter. Mosher, 31, started as a junior and is now a red‑tag firefighter, meaning he can be called on to don breathing apparatus and fight interior structure fires.

“Volunteering builds a sense of pride in your community and I believe in helping my community, whether it is through the Lions Club or fire department,” said Mosher. “I chose the fire department because it’s the most enjoyable to me, and I get to drive some pretty cool trucks.”

Mosher’s most memorable firefighting experience was helping to battle the Bluenose Mini Mart fire in December 2012, an inferno that razed six apartments and two businesses.

“I was there for 48 hours. It was tough work, but it was the best learning experience of my life,” he said.

Kennedy, a volunteer firefighter for 25 years, including terms as deputy chief and chief of the Hebbville Fire Department, earns his living as MODL fire services co‑ordinator.

“Volunteering in a fire department is rewarding. You don’t have to be an interior attack firefighter. Many other support roles are just as important and are not physically demanding,” he said.

“There is a great camaraderie among the firefighters, and lots of training opportunities are available for volunteers. The training can be as rigorous or moderate as the volunteer wants.”

Not to mention complimentary licence plates, federal and provincial tax credits and the knowledge that, nationally, firefighting topped a recent Reader’s Digest list of respected and admired vocations.

Following the devastating Bridgewater fire, Mayor David Mitchell reflected on the efforts of his town’s volunteer firefighters and those from neighbouring departments.

“They don’t question it, they just go. I get emotional just thinking about it.”

To learn more about opportunities in volunteer firefighting, contact your local fire department.