Rescuers should be aware of government rulings that affect the construction of vehicles so that they can adopt new extrication strategies. 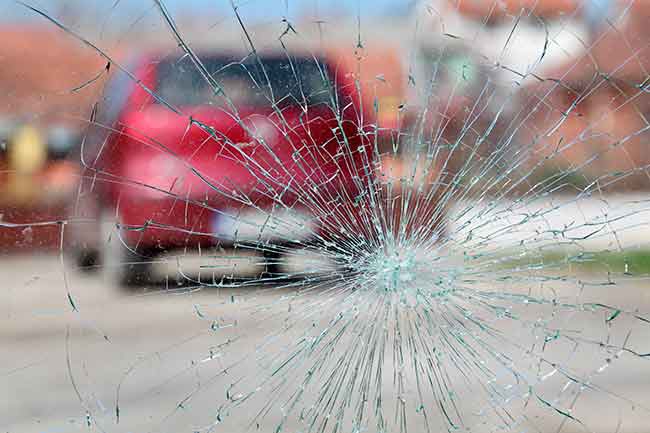 A ruling in the United States is bringing about changes to side-window safety features.

The 2011 ruling from the National Highway Traffic Safety Administration (NHTSA) – a branch of the Department of Transportation – on occupant ejection mitigation will be in full swing by fall of 2017. This ruling, officially the Federal Motor Vehicle Safety Standard (FMVSS) No. 226 Occupant Ejection Mitigation, affects the construction of new cars that are or will soon be on Canadian roads.

The frequency of occupant ejection from rollover and side-impact collisions remains high despite many proactive initiatives to reduce fatality rates; this ruling by NHTSA is one more step toward safer vehicles.

According to NHTSA’s executive summary, the 2011 ruling established an ejection mitigation standard to “reduce the partial and complete ejection of vehicle occupants through side windows in crashes, particularly rollover crashes.”

To meet the standard, manufacturers must design vehicles with advanced window glazing and larger side-curtain airbags that cover more of the side-window opening or potential ejection portal from the outboard (next to the window) seating positions.

Addressing rollover problems has been, in recent years, one of NHTSA’s priorities. The goal is to prevent crashes, thus reducing rollovers, minimizing ejections and protecting occupants who remain within the vehicle after a crash. In 2007, NHTSA put forth a ruling to reduce rollover potential by introducing mandatory electronic-stability control that senses an inevitable rollover and applies computerized braking of each wheel, independently. NHTSA estimates that, as a result of this ruling, between 5,300 and 9,600 lives are saved each year.

However, rollovers continue to happen for various reasons and research shows that occupants are much more likely to survive if they are not ejected from the vehicle. To prevent occupant ejections, manufacturers must first improve side-curtain airbags. An improved airbag design would cover more of the side-window opening, have a vigorous inflation strength to allow the airbag to stay inflated longer, and also deploy in both side-impact and rollover situations. The strength of the airbag material should also be increased to stop partial or full occupant ejection through the window opening. This improved design should protect occupants from ejection whether the window is up, down, damaged or not intact. The side-curtain airbags will cover the first three rows of side windows. The rear window is not included under mandatory regulation as the fatality rate for rear-window ejection is low.

Second, manufacturers must improve the glazing on side windows. Tests show that current tempered glazing on side windows does not reduce full or partial occupant ejection. The new standard, therefore, requires advanced glazing, also known as laminated glazing – the same style of glazing that is used on front windshields. This glazing stays intact when broken, thus offering occupants containment in conjunction with side-airbag curtain upgrades.

The four-year phase in period for the NHTSA occupant-ejection mitigation ruling began in 2013. Manufacturers are required to implement the new safety features in 25 per cent of their fleets each year. By Sept. 1, 2017, all vehicle manufacturers will be 100 per cent compliant with the performance upgrades.

Laminated glazing on side windows will impact common rescuer protocols for glass management at a typical motor-vehicle collision. A fairly standard practice is to remove the tempered glass from a window frame prior to using hydraulic tools to remove the vehicle door. Rescuers should control the glass breakage rather than allowing the hydraulic tool to stress the metal to the point at which it shatters uncontrollably. By covering the glass with a tarp, back board or plastic film, and striking it with a centre punch or life hammer, rescuers prevent the glass, to the best of our abilities, from coving the patient.

With improved side glazing on vehicles, rescuers do not have to worry about the glass shattering into 1,000 little chunks; it will hold together similar to windshield laminated glass. As well, glazing adds strength to the window frame, which reduces the tearing of the metal when a rescuer begins the purchase point with the tips of the hydraulic tool higher up on the window frame. Crews should take advantage of intact glazing to get the door open faster.

If the side window is the only option for getting inside a vehicle, consider breaching it by using standard laminated-glass removal techniques such as a recip saw, glass master or axe. A window is not an ideal initial entrance or egress point for a medic or rescuer to assess the patient, but it is sometimes the best option. To breach the side window, create a purchase point in the lower corner closest to the doorsill, insert a recip saw blade or glass master and cut along the top of the doorsill from window frame to window frame. Next, slip the blade upward into the cut and pull out just enough to fit in a gloved hand. Grab hold of the glass, bow it out and then pull straight downward; the whole piece should separate from the window frame.

If a window breach is not necessary, there is no need to remove the glass, which takes precious time, unless the patient requires ventilation on a hot day. As always, check to see if you can simply roll down the window mechanically or electronically. As per your department standard protocols for glass cutting, always wear an N95 dust mask to prevent inhaling any harmful glass particulate.

Three ways to know if a vehicle’s side windowsare laminated glass:

Safety advocates, engineers and manufactures are always looking for ways to improve occupant safety in motor vehicles. It is important rescuers stay abreast of changes in these vehicles so we can learn new strategies to help save lives.

Randy Schmitz is a Calgary firefighter extensively involved in the extrication field. He is the education chair for the Transport Emergency Rescue Committee in Canada. rwschmitz@shaw.ca or twitter@firedog7