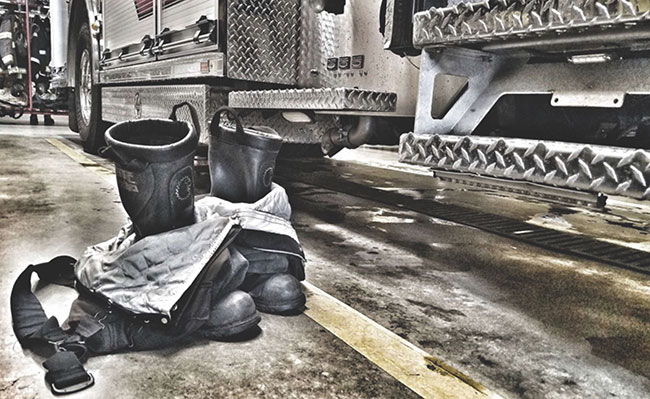 A 2019 analysis of firefighter deaths confirmed that more Canadian firefighters are dying during their careers. Photo credit: University of the Fraser Valley

Cancer is still the top killer of firefighters in Canada while mental health is an increasing concern, according to nationwide insurance claims data.

A 2019 analysis of new claims data from the Association Workers’ Compensation Boards of Canada (AWCBC) has revealed a notable change in what is killing and harming Canadian firefighters after just two years.

The analysis compared a more recent 10-year period of Canadian fatality and time-loss claims data with the results of a study of 2006-2015 AWCBC and WorkSafe BC data and additional research, reported in Determinants of Injury and Death in Canadian Firefighters: A Case for a National Firefighter Wellness Surveillance System.That February 2018 study, conducted by the University of the Fraser Valley and the British Columbia Injury Research and Prevention Unit, reflected more than a year of work by a team of Canadian health professionals, researchers, academics and fire service leaders: Rachel Ramsden, Jennifer Smith, Kate Turcotte, Len Garis, Dr. Kenneth Kunz, Dr. Paul Maxim, Larry Thomas and Dr. Ian Pike.

When it comes to firefighter fatalities, the following changes were observed:

“The new data confirms that not only are more Canadian firefighters dying during their careers, but cancer is still the leading cause of fatalities – and rising,” noted Chris Biantoro, the strategic planning analyst at Surrey Fire Services who conducted the analysis. “We can also detect a rising incidence of mental-health issues among firefighters, leading to more time off from work.”

In terms of time-loss claims – reflecting injuries and other issues that prevent firefighters from working – these changes were noted:

It should be noted that the data used for the analysis was limited to show the aggregate number of claims not less than four, to protect the confidentiality of claimants, and random allocation was then applied to the suppressed numbers. For that reason, the actual numbers presented in the analysis may not reflect the actual numbers from the data or the previous analysis.

As noted in the earlier study, firefighters die of cancer at two to three times the rate of the general population (depending on age) – even though firefighters tend to lead healthier lifestyles as a requirement of their work. This additional risk comes from their exposure to concentrated carcinogens in the air, soot and tar at a fire ground. Even after using personal protective gear, many firefighters report smelling like smoke or burning plastic for days after a fire.

Mental-health issues – such as anxiety, post-traumatic stress disorder and depression – were also pointed out as a rising concern in the earlier data, and that is borne out by the updated figures.

Building on the earlier research, the new analysis has implications for the 100,000-plus volunteer and career firefighters across Canada, as well as those abroad, including approximately 1.2 million in the United States.

Bolstered by the newer data, the 2018 study’s recommendations still hold true. In particular, it had called for a national firefighter wellness surveillance system to address the escalating cancer and other identified risks.

Although existing workplace claims systems collect considerable data and information, they lack the details and specifics that would allow the development of targeted surveillance, prevention, wellness and ongoing research programs. The study recommended development of a dedicated firefighter health surveillance model to monitor health trends and patterns and provide the information necessary to support future research, and develop timely and responsive interventions that will lead to healthier and longer lives for Canadian firefighters.

At the local level, the study also recommended that fire departments take proactive steps to address the highest risks to firefighter health, including mental health issues.

The study was funded by the 2017 Motorola Solutions Foundation grant program and can be downloaded for free at https://cjr.ufv.ca/.

Len Garis is the fire chief for the City of Surrey, B.C., an adjunct professor in the School of Criminology and Criminal Justice & Associate to the Centre for Social Research at the University of the Fraser Valley (UFV). Contact him at Len.Garis@ufv.ca.