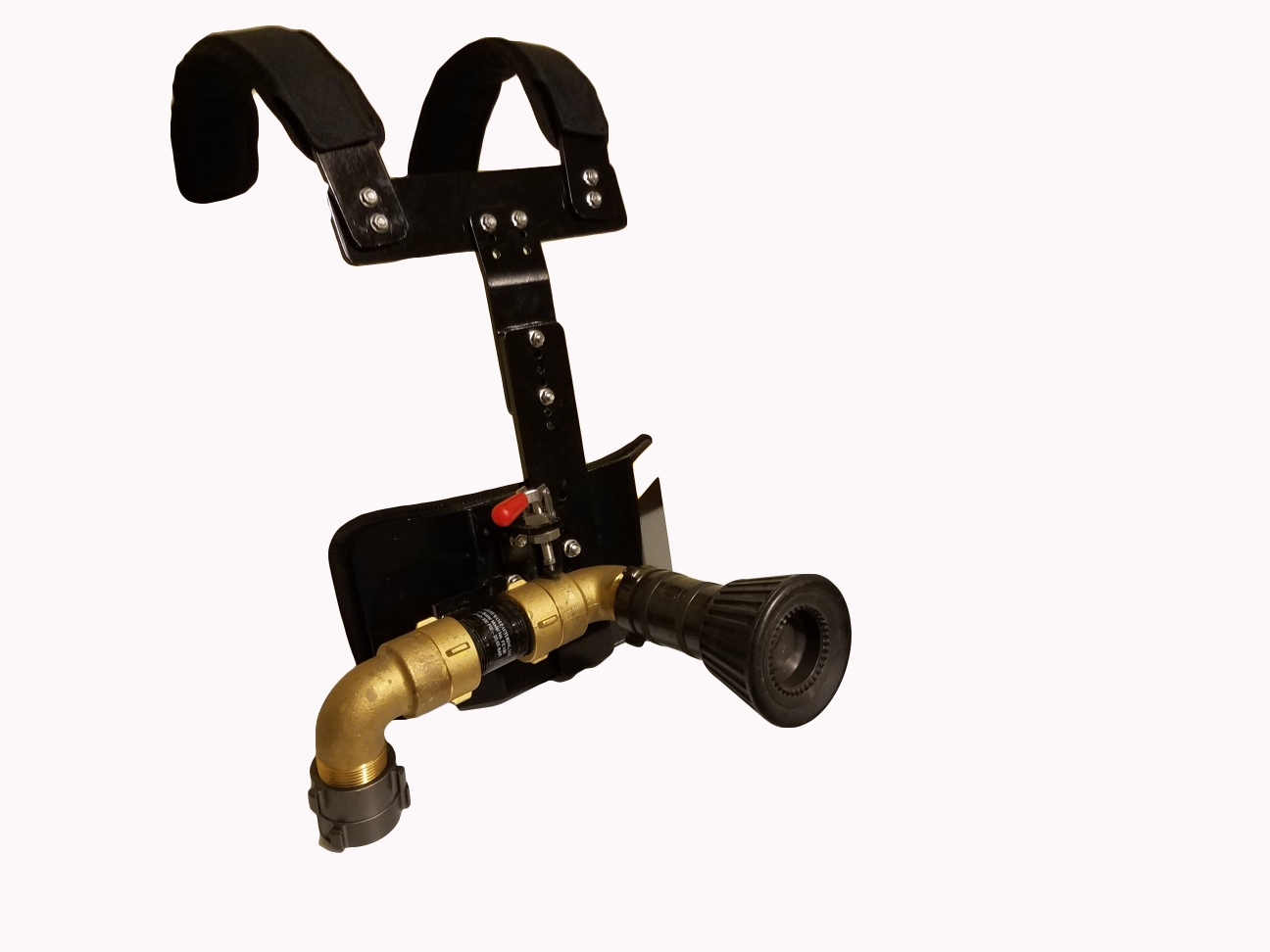 A fire hose carrier, Aqua Blaster, is a harness frame that combines a fire hose and firefighting nozzle. It allows the user to have enhanced control of a charged fire hose line and nozzle with minimal strain and stress on the body.

The harness frame of the fire hose carrier, Aqua Blaster, is constructed and designed identical to some of the percussion marching drum carriers that are worn and used by drummers in marching bands to carry, balance, and support the weight of their drums while performing.

The harness frame allows the user to use their torso area and the strength of their legs for leverage, making it much easier to maneuver and/or advance the fire hose line, whether being assisted or completely unassisted.

The flow control aspect of the fire hose carrier is two continuous elbow swivels on opposite ends of a pipe that are attached on the belly plate of the harness frame.

Aqua Blaster, can be used with various agents like water, foam concentrates, gels, and dry chemicals that are presently being used with the fire hoses to carry out specific tasks. Aqua Blaster would be an asset to the multiple industries and users of fire hoses and fire nozzles, which provides a new and alternative way to use these two existing products. In some situations, it can allow the use of a fire hose and nozzle much safer and more efficient in accomplishing the task at hand.

Aqua Blaster can also be beneficial with certain aspects of power washing where fire hoses are used. Fire hoses are sometimes used for dust control to suppress dust and debris during demolitions of structures.

During oil spills on beaches and shore lines, fire hoses have often been used to break up the oil to be secured in booms so that the oil can be gathered and disposed of in a safe manner. In both the government and private sectors, the use of fire hoses and fire nozzles has infiltrated a variety of ways that specific tasks can be carried out and accomplished.

Aqua Blaster is a revolutionary and simple concept that has combined the standard fire hoses and fire nozzles in a way that provides an alternative and innovative way that could benefit its users within their specific industries.