The aftermath of losing the Ontario Fire College campus 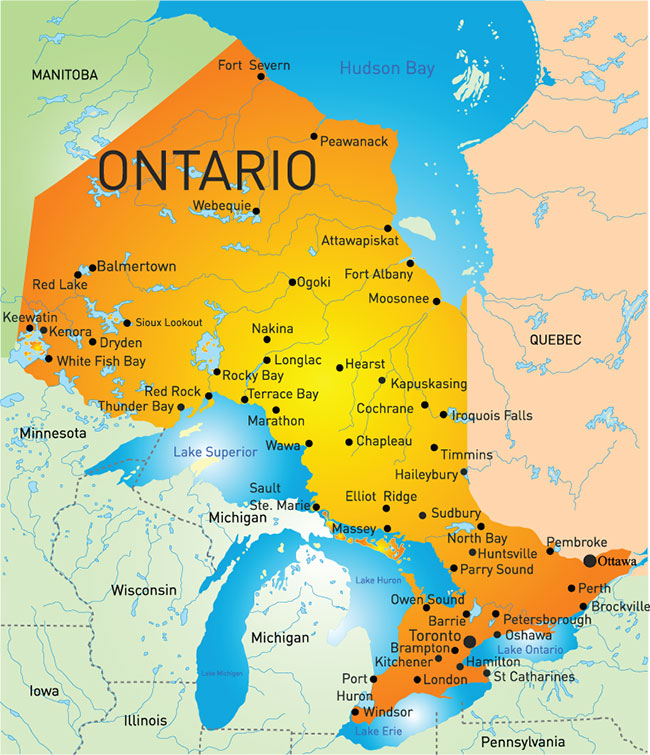 The closure of the Ontario Fire College campus in Gravenhurst has prompted the introduction of more regional approach to training in the province. Photo: olinchuk/Adobe Stock

The Ontario government stunned the fire service back in January when it announced the closure of the Ontario Fire College (OFC) campus in Gravenhurst, effective March 31.  Many of the province’s fire chiefs, captains, local unions and firefighters alike were left reeling from the news that their beloved fire college as they knew it was no more.

The 99-acre campus, located in the scenic cottage town of Gravenhurst, Ont., has been a staple of the fire service since 1949, with many firefighters feeling a deep emotional connection to the networking, comradery and training that took place there.

Ontario’s fire training will now move to a regional approach, encompassing 20 regional training centres (RTCs) across the province that will provide hands-on training, as well as curriculum delivered through online courses and learning contracts. In addition, two mobile live fire units can be booked by municipalities for training purposes starting in October. While the government says this new approach will modernize and improve fire training, some worry that the costs are simply being dumped on small municipalities that will be unable to cover the fees.

Nick Dorken, a captain with the Kitchener Fire Department, has been with the fire service since 2005 and leads Kitchener’s technical rescue team. He says volunteer and rural departments will be the most heavily impacted by the OFC closure. Beyond the costs, Dorken worries that the networking opportunities and hands-on training that the OFC offered will be lost through this new regional approach.

His sentiments are echoed elsewhere, including by Bracebridge’s former deputy fire chief Jared Cayley (who became the fire chief in Gravenhurst since his interview with Fire Fighting in Canada) and by president of OPSEU 317 Chris McConnell. According to McConnell, “There are certain types of courses that regional training centres can do and have already been doing. This is not new; this was there before. So really, the big thing is that we’re shutting down the one place that all municipalities could afford to send their firefighters to that was high quality. It cost $65 all in: room, board, everything.”

According to Ontario Fire Marshal Jon Pegg, RTCs are what he calls “the Cadillac option.”

“If municipalities can afford to, they can get their firefighters trained at Regional Training Centres very quickly and at a high level, but that isn’t the only option. We have online courses, we have blended learning, and I think the part that’s really going to change training across Ontario is the learning contracts. Learning contracts are at the same cost as it was to go to the Fire College, so $65 per student, and they can train at their own speed, at their own pace, in their local department,” Pegg explains. He notes that a department can take a learning contract for any course and instead of having to get it done in two weeks, they can take several months to complete it, which he believes will benefit volunteer departments where firefighters have other full-time jobs. “Then, when they’re ready, we’ll come in and test, just as we always would, so I do believe that’s going to be the revolutionary part of the fire college closure and the modernization – I think that’s the key part,” says Pegg.

He asserts that learning contracts still allow for hands-on training. “It will give the full curriculum for the course, including hands-on. They can do that in-house or a blended version with the theory in-house under the learning contract and just attend the regional training centre for the hands-on, which is an option that will drastically cut down on the cost,” Pegg explains.

The Fire Protection and Prevention Act 1997 (FPPA) stipulates that the Ontario Fire Marshal must maintain and operate a central fire college. So, is Ontario still in compliance with the act?

“The best way to look at it is, we’ve closed the Gravenhurst campus, but the fire college is still being maintained. We’re still maintaining all the instructors [from the OFC], who will be going to the regional training centres and helping local fire departments. We maintain the scheduling of courses and our back-office staff, so I still believe we’re meeting the mandate of the FPPA. I believe the intent is to make sure we’re delivering training to the fire service and we’re definitely still doing that. I would argue that we’re enhancing it and making it more accessible and attainable for the fire service.”

Without one centralized training campus, McConnell worries that a silo effect will begin to happen with varying levels of training across the province, depending on the size and budget of the municipality.

“We may end up with people not being plugged in, not necessarily up-to-date and aware of everything that’s going on in the fire service. We don’t want a bunch of little silos where people are acting independently from one another. Now, the Fire Marshal’s office is saying that’s not going to happen, but one of the biggest reasons it hasn’t happened to date really is because of centralized training at the OFC,” says McConnell.

Pegg acknowledges the concern, but believes he has a system in place to prevent gaps in training. “I’ve always been worried about this, but I think I’ve got a good plan to keep that under control and to rectify anything,” he explains. “Not everybody trained at the fire college when it was open – RTCs existed then. The issue we had at that point was that our instructors were dedicated to the fire college, so they couldn’t go mobile, they couldn’t go and check in on regional training centres and make sure that training was being delivered at a high level. This new model frees up our instructors. They can actually be mobile and be assigned to RTCs, so we’ll have that oversight and hands-on with municipalities and within RTCs, which I think is a huge enhancement.”

The province estimates that approximately 2,500 firefighters received training annually at the OFC, although it has been closed since the COVID-19 pandemic began in 2020. McConnell argues that the peak capacity of the college with firefighters staying on-site was 5,000 and that the government’s number reflects a reduced capacity that occurred during renovations over recent years. Pegg says enrollment for training under the new regional model has already doubled. “The learning contracts are out there and we’ve had a huge uptake in them. We’re well in excess of 5,000 students this year through RTCs and learning contracts, so yes, training is ongoing certainly and we’re geared up and ready to go in any model that any department wants to go with,” he says.

Apart from the hands-on training that the OFC was known for, networking was perhaps the next big draw to the facility. Chief Cayley says the networking aspect cannot be replicated.

“The OFC had the ability to draw in people who had significant life experience and experience with what they were teaching, and the networking that occurred can never be replaced,” he says. “I remember having a conversation learning about recruitment processes when I was trying to get a full-time job, and I was sitting there next to the deputy chief of Toronto, and we were talking like there was no rank. We were just having a conversation. You can’t duplicate that.”

Pegg says he’s had many emails and phone calls from firefighters who are worried about losing the fire “experience” they got from attending the OFC. “I absolutely understand that. I think there’s an emotional connection to the Gravenhurst campus, but I think the same thing can happen on a regional basis. If you’re training with five or six departments coming together, that hands-on experience can be portrayed the same way as it was at the fire college.”

In March, the Ontario government announced $5 million in grant funding to assist municipal fire services with the impacts of the COVID-19 pandemic, including fire safety training and virtual inspection programs. Each municipality is eligible to receive a $4,500 base grant plus additional funding based on population served.

“I will say that a majority of the applications that came in were for training, and I think that’s a very good story because training was very much impacted through COVID and still is. I’m hoping those funds can help get people the courses that they need,” says Pegg.

The closure of the OFC campus shocked many in Ontario’s fire service. The perceived wastefulness that the province would scrap a well-loved, functioning facility, the perceived haste with which the closure occurred and the emotional toll of losing a legacy campus ruffled a lot of feathers.

Pegg says he understands. “I have those emotional connections and I can tell you, the last few days being on-site were emotional for me and very tough. I understand the angst and worry around the decision, but as Fire Marshal, when I look at the training on a whole for Ontario, I have to make sure we’re offering training and courses for all the firefighters across Ontario. We need to modernize and we need to get better access to courses so people aren’t waitlisted for multiple years.”