June 9, 2016, Prince Albert, Sask. – My first experience of FDIC Atlantic – held in Wolfville, N.S., on the weekend – is complete and I think my body is beginning to adjust back to the time zone to which it is accustomed.

A couple of days before I left home, I booked a rental car so I could drive to Wolfville from Halifax. Shortly after I posted my plans, firefighter Chris Kerr sent me a message and offered to drive me to Wolfville and drive me back to the airport on Sunday. We follow each other on Facebook and I thought it would be great to meet Kerr, so I cancelled my rental.

As fate would have it, Kerr is also an instructor at the Nova Scotia Firefighters School in Waverley, N.S., near the airport, and he made a point to stop to give me a tour of the facility. The school has a new state-of-the-art, multi-million-dollar burn building with helicopter and car props, which is impressive to say the least. The best part of the school is that it focuses on multiple partnerships so industry and local firefighters have a place to train and become certified.

Upon arrival at Acadia University where the training conference was held, I really didn't know what to expect. I was given a quick tour of the trade show and classroom locations and then basically left to network and meet new friends until my sessions on Saturday.

I told almost all the firefighters I met that this was my first time presenting at FDIC Atlantic, and many responded by saying I would love the experience and hospitality.

I can only communicate what I saw in Wolfville during the conference, and what I saw was an ocean of blue fire-department T-shirts; I guess that is what happens when more than 400 firefighters come to town to train and be educated.

I'm a big fan of the trade show and always look forward to walking around and seeing the latest gadgets, tools and resources. What I didn't expect to see was the volume of firefighters checking out and purchasing products. The last time I experience such a crowd was going for a beer during half time at a Saskatchewan Roughriders game.

I wanted to do something to contribute to the rebuilding process in Fort McMurray, Alta., so I brought with me 25 challenge coins that I could sell and then give the proceeds to the Red Cross. I wasn't really sure how that would go over, but I know firefighters and they always step up to the plate to help others. The challenge coins were quickly purchased and I'm excited to be taking $500 to the Red Cross on behalf of the firefighters who attended my sessions at FDIC Atlantic.

The experience at FDIC Atlantic was incredible and the firefighters were right when they said that I would love the experience and hospitality.


Les Karpluk is the retired fire chief of the Prince Albert Fire Department in Saskatchewan. He is a graduate of the Lakeland College Bachelor of Business in Emergency Services program and Dalhousie University's Fire Administration and Fire Service Leadership programs. Follow Les on Twitter at @GenesisLes 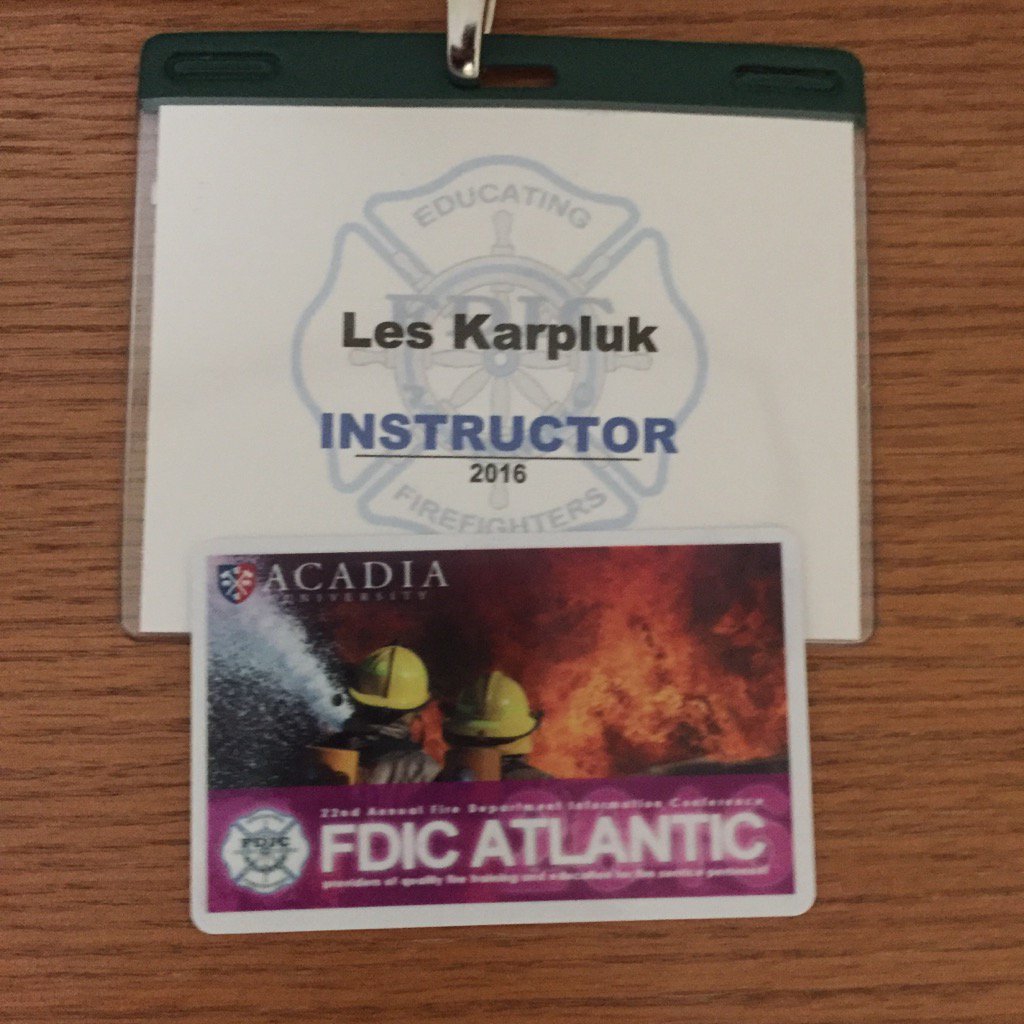 Blogger Les Karpluk experienced FDIC Atlantic for the first time on the weekend and writes that the firefighters who attended truly are passionate and care about serving.
Print this page