What do you inherit?

Full disclaimer: This will start much like another negative article from within the PTSD bubble. But, fear not. For within the “bad” presented below there is a hope; a hope to break free, a hope to break through and perhaps a hope to avoid the bad altogether. 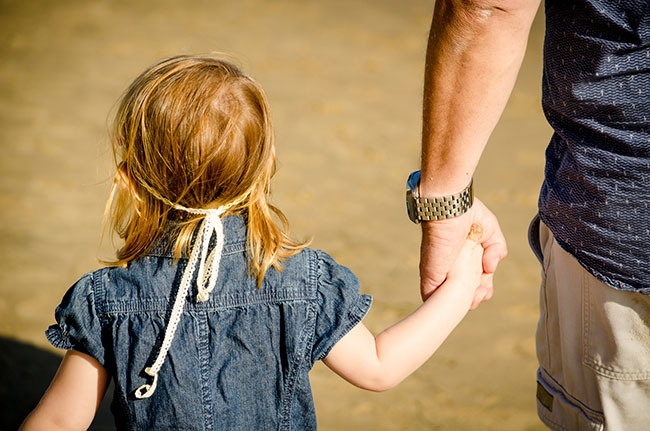 In a 2014 research project Full disclaimer: This will start much like another negative article from within the PTSD bubble.

In researching the topic of transgenerational trauma, or trauma passed down to our children, it was clear that the both research and conclusions are ambiguous. Should you wish to tread with me through the difficult task at hand, the result will be a more prepared and informed fire service that can work towards shaking its unimodal diagnostic approach and lead to improved mental wellness inclusivity within the fire service.

Trauma is a word that is tossed around frequently enough that we all have at least a preliminary understanding of the meaning. Labelling trauma is more dynamic than we might expect. Some may like to use the label “traumatic” for almost every call we attend. For others, only major calls involving significant injury or death are labelled traumatic. While there may be slivers of truth in each, the answer is likely more nuanced than how we have been using it. There is a significant difference, for instance, between a “disturbing” call and a “traumatic call”. We will see many things that disturb us, but may never develop into a life altering disorder. And, for most of the conversation to date, trauma has been reserved for the person directly impacted. The reason for this is obvious and yet we miss very important pieces with our reactive response to this. We miss important questions like “What about the impact on the family?”

We are beginning to understand that when our spouses, fathers, mothers, brothers or sisters are diagnosed with trauma-related problems, there is a heightened risk for those in the family not diagnosed. The potential impacts on the “unaffected” family members are numerous. They include anxiety, depression, marital issues, and substance use. These are only a few and yet they are almost categorically ignored in our attempt to thwart mental illness challenges that the fire service is currently facing.

But, to get to the crux of our topic today, first I must lead you through a very brief update on the opinion surrounding the fabled nature vs. nurture debate. In the case of human beings and the impact of both experience and genetics, it’s both.

Our understanding of the impact of trauma is growing. We are beginning to understand that the impact transcends from the individual into the household and its meanings are stark and remarkable. Now, much of this will be of little surprise due to the anecdotes we hear of the struggles, the stress, and the hardship that follows within a family. We know this intuitively. But, the research is fairly novel and if left untreated is potentially catastrophic.

There is a growing body of research looking at large populations that have underwent significant trauma and the impact that it has had intergenerationally. Research analyzing Holocaust survivors and their children has drawn conclusions that should be on all our radars. The severity and intensity of harm to this population is undeniable. It is the potential mechanisms of trauma transmission over generations that should capture our interest.

The Nature Debate
Amy Lehrner and Rachel Yehuda (2018) found that parents with unresolved or untreated trauma (PTSD) had children that were at an increased risk for PTSD themselves. Children had an increased risk of PTSD, despite having not being exposed to trauma directly.  Rachel Dekel and Hadass Goldblatt’s (2008) work echoes this from researching Vietnam vets. They found that the children of those who returned from Vietnam had growing rates for depression and anxiety. The study also found issues with emotional and behavioural concerns in the children. Importantly, these findings did not apply to all Vietnam vets, only those suffering PTSD.

In an earlier research project, Yehuda and eight of her colleagues (2014) found genetic differences in children of parents diagnosed with PTSD. Through blood analysis, they marked different molecular differences between parents with survivor parents versus parents with no exposure. In fact, they found differences in the children depending on which parent (or both) had been diagnosed.

These conclusions are not easy to read – and should give us significant pause. Spouses didn’t go unaffected either.

With enlarged chances for “psychiatric symptoms, impaired social relations, and negative emotions”, Melissa Pearrow and Lisa Cosgrove (2008) concluded that spouses were susceptible to the impact of trauma from their partner. So, it seems, PTSD is not simply an individual struggle. It’s a family affair.

The Nurture Debate
Patricia East and Shelia Gahagan (2017) found that there was “no direct association” between the trauma experienced by the mothers of their study on the wellness of their offspring. Instead, they offered that it was the “outward expression” of these symptoms that were the impacting factor on their children. We know from behavioural analysis, and from growing up, that this impact exists. Our children, as we did, learned how to cope with situations and events from the way our parents had. As children, after all, we had to learn coping strategies from somewhere. And when these practices are maladaptive they eventually fail us. When these maladaptive functions fail, that tends to be when people seek out folks like me to engage in therapy.

It is difficult to discern, then, whether there are genetic inheritances of trauma that make our children at more risk, or the behavioural inheritances due to what they are exposed to in the home. In fact, it almost undoubtedly will be both. To ensure balance, I stumbled across a meta-analysis (a study of studies) that found limited evidence of the transgenerational effects outside clinical (seeking support for other issues) and no evidence in the non-clinical populations (Marinus van IJzendoor and colleagues, 2003). So, opinions are certainly varied on the topic – however, there are important lessons to take away.

On to the good news
In Lehrner and Yehuda’s work in 2018 we did see some potential mechanisms that may impact us, but their outlook was much more digestible than we would think citing that, “74% reported that they believe that they have unique strengths as a result of being raised by Holocaust survivors… 42%, reported believing that they are more resilient to stress than those their age not raised by Holocaust survivors.” That, dear readers, is what we could call Post Traumatic Growth, or resiliency as the participants themselves labelled it. Despite the hardships of the parents the children were able to grow into stronger individuals because of it.

Dekel and Goldblatt (2008) had similar good news to share. They found that there may be a strengthening of the family in response to trauma. They argued when the parent is home due to their psychological struggles, there is the potential to grow closer with their children as they are more readily available. That is the potential for increased bonding, which is an interesting finding. And, it is a finding that would seem counterproductive, given the significant psychological battles that are waged among those who suffer trauma impacts.

Post Traumatic Growth moves that way, though. In a responsive, not reactionary, approach, our departments, halls, and our families could be learning to shield from trauma impacts and then boosted into more resilience and becoming emotionally stronger. That is not without its hard work, and of course this requires a lot of hard work. There is also another thread that seemed prevalent within the research.

These impacts were most notable when the trauma was untreated (Lehrner and Yehuda, 2018). And there are ample places for us to inject familial resistance to trauma impacts including family stability, institutional supports, and public recognition (Cindy Sangalang and Cindy Vang, 2017) that such problems exist.  We ought to shift our focus. Currently, our view has been unimodal and pathological. If our focus remains on the reactive, we will forever chase those affected and left until their mental languishing becomes such that they need to leave the service.

The research is still in full swing, so we’ll not know the evidence on whether the impact is genetic or behavioural in time to effect real change now. Yet, if we start to take what we are learning and implement it in a preventative way within our departments, we have a strong chance to ensure staff retention, as well as overall staff wellness. And, for those on the frontline, beginning personal programming to ensure your own mental wellness is paramount. Be an active agent in your mental wellness; this is no different than the dentist or the gym. They are both preventative actions to ensure wellness.

I do not believe there is any contradiction with both supporting those who are struggling with mental wellness, or who have been diagnosed with PTSD, while simultaneously working toward implementing a proactive, preventative approach. In other words, we need not demolish our work thus far to implement preventative measures. We take what we have in place, but start to work with what research is beginning to show us. Just like the nature versus nurture ended in realizing it was both, our approaches too need to recognize this truth.

Nick Halmasy is a registered psychotherapist who spent a decade in the fire service. He is the founder of After the Call, an organization that provides first-responders with mental-health information. Contact him at nhalmasy@afterthecall.org.