May 6, 2016, Fort McMurray, Alta. - The image of a helicopter ferrying a small bucket of water through towering plumes of smoke made clear the daunting, seemingly futile, task of fighting the Fort McMurray wildfire from the sky.

To observers, it was like flicking water on a raging grass fire.

But experts in fire suppression and management say the aircraft play a critical role in a multipronged strategy in containing expansive fires.

''It has a target and a usefulness, for sure,'' said Roger Collet, a wildfire prevention officer with Natural Resources in New Brunswick.

''It's just not fighting that big flame that we're seeing on the TV because it wouldn't have much of an effect on that huge wall of flame, but it does have an effect in protecting the infrastructure in the area.''

Collet said the helicopters carrying water – larger ones transport up to 1,000 gallons – are usually used to douse buildings or land in the path of a fire. They also can snuff out flames from smaller fires that have jumped from the original blaze.

That has been a particular challenge for crews fighting the Fort McMurray wildfire, since winds have blown embers and fuelled its spread.

He says that while the buckets may appear small, they can dump a large amount of water in a single area or spread out over a larger swath.

''It's deceiving at how small that bucket is under it, but if you're trying to stop a fire that's moving in toward the airport, for instance, and you've got some hotspots that are starting to flare up it's quite effective in trying to knock down some of those little flareups.''

Firefighters are also using aircraft to disperse fire retardant on the perimeter to try to stop it in its tracks. Collet said crews usually put down a succession of lines of the red retardant to hem the fire in.

Crews water-bombed the city Thursday to try to keep the wildfire at bay, having 22 water bombers on hand and more on the way, including four from Quebec.

Still, Chad Morrison of Alberta Forestry has said air tankers alone won't stop the fire, which could continue to push through dry conditions if the area doesn't get significant rainfall.

David Martell, a professor in the forestry department at the University of Toronto, said the aircraft are invaluable when it comes to limiting the damage and eventually extinguishing a fire by using the retardant or water to arrest its growth.

''You are trying to build a barrier that the fire can't burn through,'' he said. ''One way is to put people on the ground with axes and shovels to dig a trench, and the other is to drop fire retardant.''

Slave Lake Fire Chief Jamie Coutts was battling the blaze soon after it began closing in on Fort McMurray and says the helicopters are now likely working on the sides and possibly the head of the fire.

He says helicopters are useful because they can get low and drop water where they want, whereas fixed wing planes have to stay higher and the wind affects how much water they can carry and where they can go.

He returned home to Slave Lake early Thursday, but plans to return to Fort McMurray on Saturday to help in the effort.

''The helicopters would be doing hotspots now,'' he said. ''The first thing they're going to do is try to wrap it with Cats and heavy equipment so that there's a firebreak and then the bombers will come in and reinforce that firebreak so the fire doesn't jump it. It's quite a orchestrated use of manpower.'' 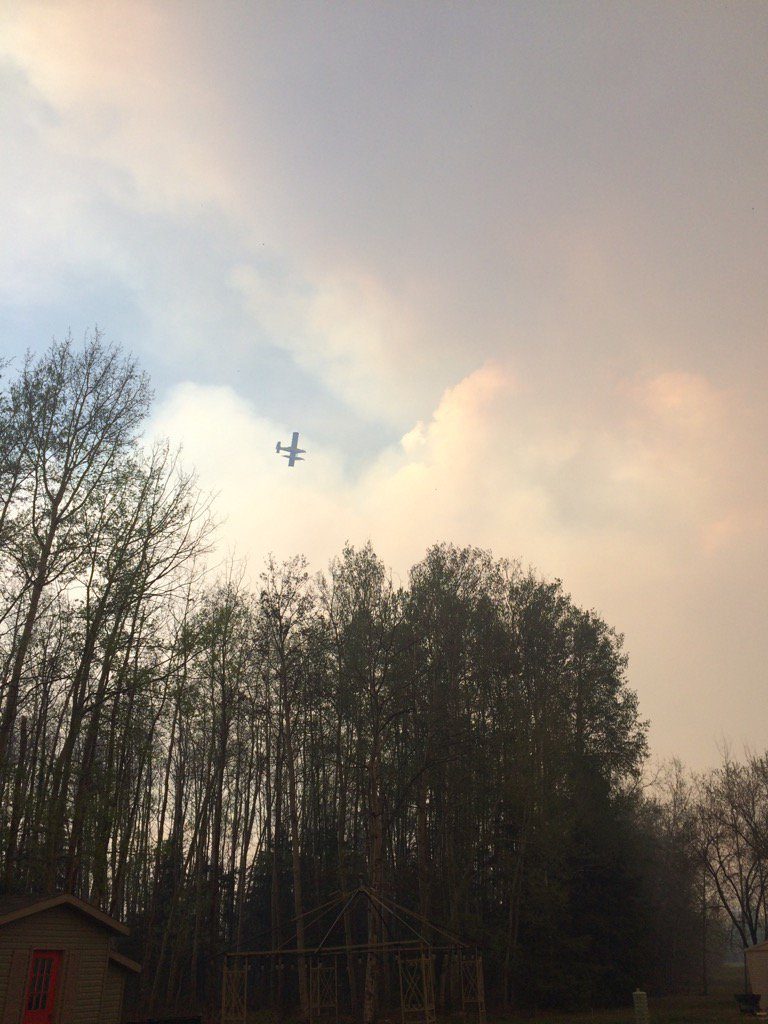 Slave Lake Fire Chief Jamie Coutts says the helicopters are now likely working on the sides and possibly the head of the fire.
Print this page