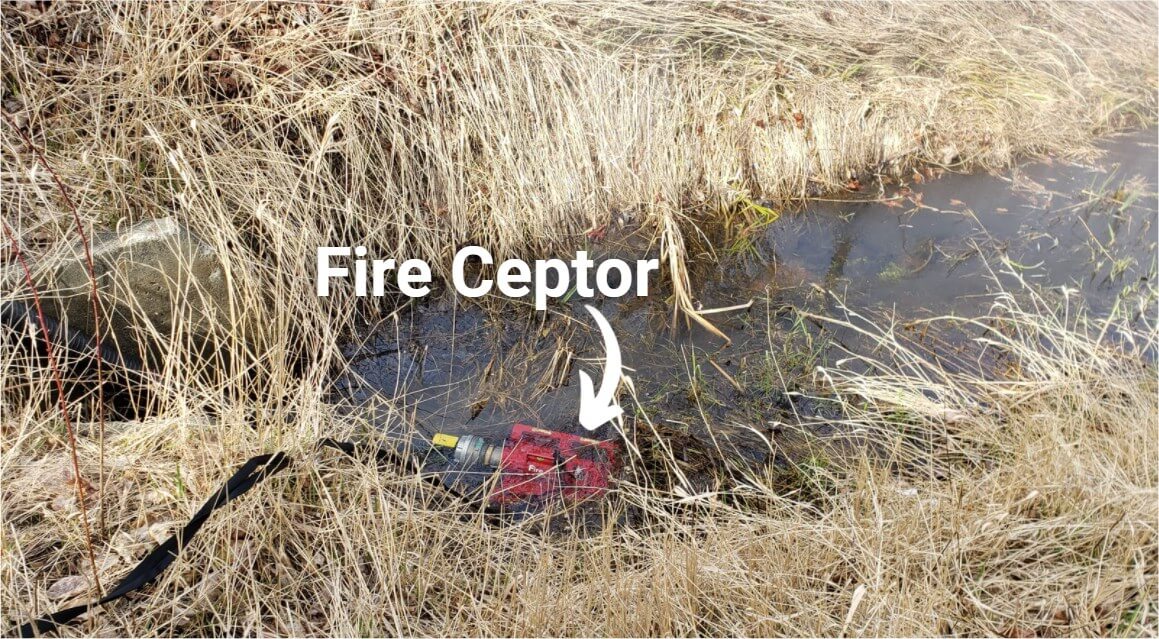 BearsPaw ProtectaPump launched new, patented technology in its Fire Ceptor, the Portable Drydrant. Drydrant is a new word derived from the traditional ‘dry hydrant’, which is permanent (i.e. not portable).

Fire Ceptor, a made in Canada product, is designed to reduce downtime, repair costs, extend pump life, increase performance flows and reliability. Being able to draft efficiently, and without pump destruction, is of utmost importance as climate change and increasing wildfire activity comes to the fore.

“Some of the most stressful times on the job for a rural or wildland firefighter is deciding on a drafting location that won’t damage the pump but at the same time will get the water they need in the fastest possible way. These don’t need to be two choices anymore. The goal of creating the Fire Ceptor [a suction separator] was to let firefighters not worry about where they draft. As soon as they find a body of water that’s at least 6” – 12” deep, they can be assured that it won’t affect their pump and thus be able to get to the fire as quickly as possible. At the end of the day it’s all about saving lives and property. Reducing stress and saving pump repair or replacement costs is also a nice benefit too,” said Chris Burke, BearsPaw Protectapump’s general manager of sales and marketing, in a press release.

Fire Ceptor models range from two inches to four to six inches for truck-mounted pumps. Fire Ceptor has been found to have 30 per cent more flows when compared to traditional strainers, reported the company.