April 15, 2016, Toronto – Miscommunication during a 911 call placed by 19-year-old Robert Dunsmuir from his parents' burning home in East Gwillimbury on March 29, 2013, resulted in the fire-department dispatcher prematurely terminating the call.

As disturbing as that miscommunication might be, it had no impact on the outcome.

Hearing the young man's final words and his last breath on the 911 tape played for a coroner's jury on Thursday was gut wrenching. But the miscommunication about the nature of the call once it was transferred to the Richmond Hill Fire & Emergency Services dispatcher from a 911 call taker turned out to be moot.

The five-person coroner's jury heard last week in testimony from representatives of Office of the Fire Marshal and Emergency Management (OFMEM) – several are in court daily as observers – that without sprinklers, occupants have fewer than four minutes to escape a burning building before they succumb to smoke inhalation. Although the communication mix up may not have affected the outcome, training for 911 call takers about fire procedures, and mandatory training for fire dispatchers, is likely to be among the jury's recommendations.

York Regional Police 911 call taker Danielle Migueis answered Dunsmuir's cell-phone call at 5:29:35 a.m. Dunsmuir, his parents and his brother were trapped in the master bedroom of the burning two-storey home in the community of Sharon in East Gwillimbury. An investigation by the OFMEM determined that the fire originated in a plugged dryer vent and that the main floor smoke alarm was faulty.

"There's a fire at 72 Howard Ave.," Dunsmuir tells Migueis. The statement is clear on the digital audio recording, but, it was noted for the jury, background noise made it difficult to hear.

"What's going on there?" Migueis asks.

"It's a fire. I just woke up in the middle of the night and can't see," Dunsmuir says, frantic and disoriented.

Migueis transfers the call to the Richmond Hill Fire dispatcher, but stays on the line. (Richmond Hill dispatches for East Gwillimbury and three other communities).

"Don't hang up, OK," Migueis says to Dunsmuir, calm and rational even though the call was the first of the sort she had experienced (911 call takers require no training to help people trapped in burning buildings). Of the more than 233,600 emergency calls a year in York region, structure fires with people trapped are extremely rare and are passed over to fire dispatch, the jury was told.

Richmond Hill Fire picks up the call. "Fire and emergency for what town?"

"I can't breathe," Dunsmuir says to the fire dispatcher. "I have asthma."

"We're on our way," the fire dispatcher says.

"OK. So are we," Migueis says, indicating that police are en route, and at 5:30 a.m. the fire dispatcher hangs up, presumably believing he is sending trucks to a medical call, having heard Dunsmuir say only that he was asthmatic and having difficulty breathing.

"Sir. Hello? Hello?" Migueis says, still on the line and trying to communicate with Dunsmuir but getting no response.

Migueis – who was named York Regional Police call taker of the year in 2015 – calls back but gets no answer. She tries again.

"I don't know how," Dunsmuir says. "We are trapped in the upper floor.

"No, we can't see and it's pitch black and everything."

Migueis asks how many people are in the house. "The four of us . . . and the dog," Dunsmuir says.

"Where are your parents?" Migueis asks.

The line goes dead. Migueis calls again. No one picks up.

"It's not our obligation to call back if it's a fire call," Migueis told coroner's counsel Frank Giordano, explaining that once a call is transferred to fire or EMS it's the purview of the other agency. Calling back was just common sense, Migueis said;
she "just wanted them to get out."

Asked by Giordano to explain what happened when the phone went dead the first time, Migueis said, "I do believe the fire call taker may have hung up," which is standard procedure for a medical call.

Subsequent 911 calls from neighbours alerted dispatch to the fire, and according to the OFMEM investigation report, the first truck arrived in 12 minutes from the East Gwillimbury volunteer department.

Migueis was the only witness to testify Thursday. Lawyers for other parties with standing at the inquest had no questions for Migueis, who gave impeccably clear and deliberate testimony. Migueis was cross examined only by York Regional Police lawyer Jason Fraser, who outlined for the jury the hundreds of hours of training, testing and re-testing Migueis has completed and that are required, by law, for 911 call takers.

There are no similar adequacy regulations for fire dispatchers in Ontario, and no mandatory training provided through the OFMEM, although it has the authority to teach NFPA 1061, Professional Qualifications for Public Safety Telecommunications Personnel; the standard was developed with input from an Ontario group of communicators, and communicators have pushed for years for such training.

The inquest adjourned at mid-day Thursday, having no witnesses lined up to testify. The Richmond Hill Fire dispatcher was not on the original witness list distributed by coroner's counsel, lawyers having reached an agreed statement of facts about when, how and by what means the Dunsmuirs died, and the dispatcher's testimony was deemed unnecessary. The frenzy of activity in the courtroom yesterday afternoon may have indicated that has changed.

Six witnesses are to testify today – neighbours, police and firefighters. 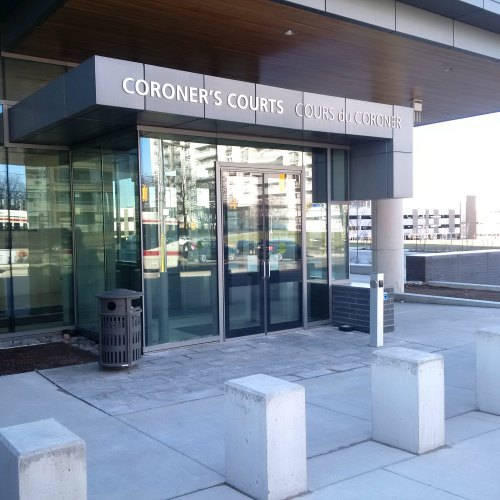