Extrication Tips: Things to consider at the scene of a collision

No two motor-vehicle collisions (MVCs) present the same: differences range from the vehicles involved to speed, the numbers of patients involved, and their positions in the vehicles. While it’s impossible to manage every collision scene the same way, a simple, modular approach that is scalable and uses principles of the incident management system can be applied to size-up every incident. 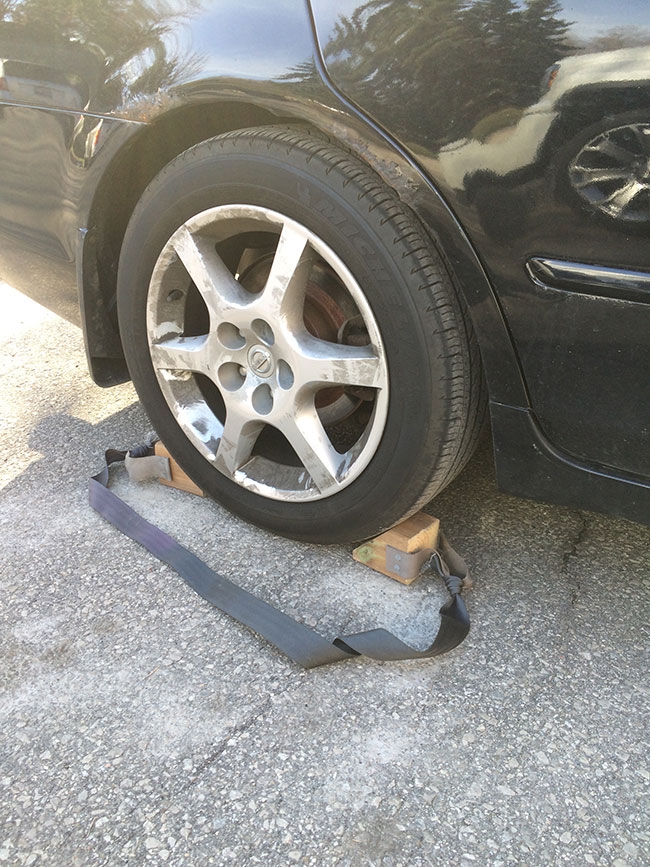 While patient assessment is occurring No two motor-vehicle collisions (MVCs) present the same challenges. Chad Roberts provides a modular approach that can be applied to any MVC.

Considerations
From the time of dispatch, several factors should be considered: time of day; weather and temperature; location of the incident; previous incidents at that location; credible information received from dispatch; the number of vehicles involved and possible patients; potential for a hazmat situation; and large vehicles, which may require the early deployment of a certified heavy tow.

En route, rescuers should think about road conditions and the number of responding apparatuses. It’s also critical to consider the direction from which it is best to approach the area to allow quick and safe access to the incident, and to ensure there is no need for crews to cross over other rescuers on scene. Route planning is also important if the exact location is unknown – to make sure responding crews don’t bypass the incident.

While en route, crews can delegate jobs: one firefighter in charge of patient contact; another takes care of the vehicle; and the driver secures the scene.

Scene safety
Once on scene, safety is the most important factor. Keep in mind the vehicles involved, the reactionary issues caused by the incident, and the active scene around your crew, including traffic and pedestrians. How many vehicles are involved in the incident? Note that vehicles might be in the ditch or have carried on for several metres on the same road. Incident commanders must look for and take in a lot of information: try to make a full 360-degree circle around the scene to get a clear picture of the vehicles involved. Doing so can provide an indication of damage sustained by each vehicle, and reveal any hidden hazards.

While patient assessment is occurring

Roles and tasks
Next, the previously delegated firefighter 1 attempts to identify the patient(s). It’s always best to approach a patient head-on; this prevents the patient from moving his or her head side to side and helps to protect the C-spine. Make contact, reassure the patient, and let him or her know what’s going on. Start and keep a dialogue with the patient to keep him or her calm. Patient care is the most important part of the scene; the firefighter assigned to the patient should stay in constant contact with the incident commander and relay patient status and pertinent updates. The incident commander can also ask the patient-care firefighter for information regarding entrapments and best possible extrication strategies. (Proper patient assessment will be discussed in a subsequent column.)

While patient assessment is occurring, firefighter 2 can work on primary stabilization of the vehicle: chock the wheels to prevent any movement; assess the vehicle for fluid leaks, hazards or even possible secondary patients under the vehicle; look for signs of ejection or empty car seats. (Always assume the vehicle is running and could move, even if you can’t hear the engine; alternative fuel hybrids can be difficult to identify and can runner whisper quiet).

Driver duties
The driver must consider where and how to position the truck, with safety top of mind: which lane(s) of traffic to occupy; distance from the scene; and room for ambulances or heavy rescues. The most widely accepted position is the fend-off position, which protects the scene and ensures that should the apparatus be rear-ended, it moves away from the scene rather than toward working personnel.

The first couple of minutes on scene can be chaotic – all the more reason to have a plan and ensure each crew member knows his or her role. That said, variables such numbers of vehicles or patients require the incident commander to tweak the plan. If there are multiple vehicles involved, firefighter 1 and firefighter 2 each take one vehicle and one patient, and it may be necessary for the driver to become more involved. In situations with multiple patients in one vehicle, firefighter 1 and firefighter 2 each take one patient. A solid model that works for your department, which is scalable to each incident, gives crews confidence and ensures a smooth response. The modular system explained here relates to one- and two-vehicles incidents but as with many systems in the fire service, can be expanded to address the situation. Never be afraid to call for help early in the incident; additional responders can always be turned back if they are not needed.

The next column, in July, will focus more on size-up, particularly stabilization, glass management, patient access and assessment, and a plan for extrication. Until then, be smart and never stop watching, reading and listening.

Chad Roberts is a firefighter in Oakville, Ont., and works on a heavy rescue. He is a member of the Oakville’s  extrication team and competes and trains across North America. chadroberts12@gmail.com