Canada Post has unveiled a new stamp that honours the country's firefighters for saving lives and protecting property and the environment with their skills and courage.

The stamp is the fourth of five being unveiled this week to reflect Canada’s gratitude for all emergency responders.

The stamp was unveiled in Halifax with the participation of Halifax Regional Fire & Emergency, Canada's oldest firefighting department, established in 1754.

Canada Post and the stamp designers consulted with the Canadian Association of Fire Chiefs, whose members represent roughly 3,500 fire departments across Canada, to ensure the stamp accurately represents firefighters.

The other emergency responders stamps pay tribute to paramedics, the Canadian Armed Forces, search and rescue experts and police.

Canada Post said in a statement that few emergencies trigger such an immediate sense of threat as a fire breaking out in homes or communities, or being injured and trapped in a vehicle after a serious collision.

In situations that might make most people panic, firefighters arrive well equipped and trained to intervene as a cohesive team, the statement said.

“Able to respond to emergencies at a moment's notice, firefighters do much more than fight fires and rescue victims from burning buildings,” stated Canada Post. “They also provide emergency medical services and perform difficult technical rescues and extractions.

“They respond to vehicle collisions, overdoses, hazardous-material emergencies and other life-threatening events. As well, they make Canada safer by educating people about fire prevention, investigating fires and enforcing fire codes.”

The stamps will be available for purchase on canadapost.ca and at postal outlets across Canada as of Sept. 14. 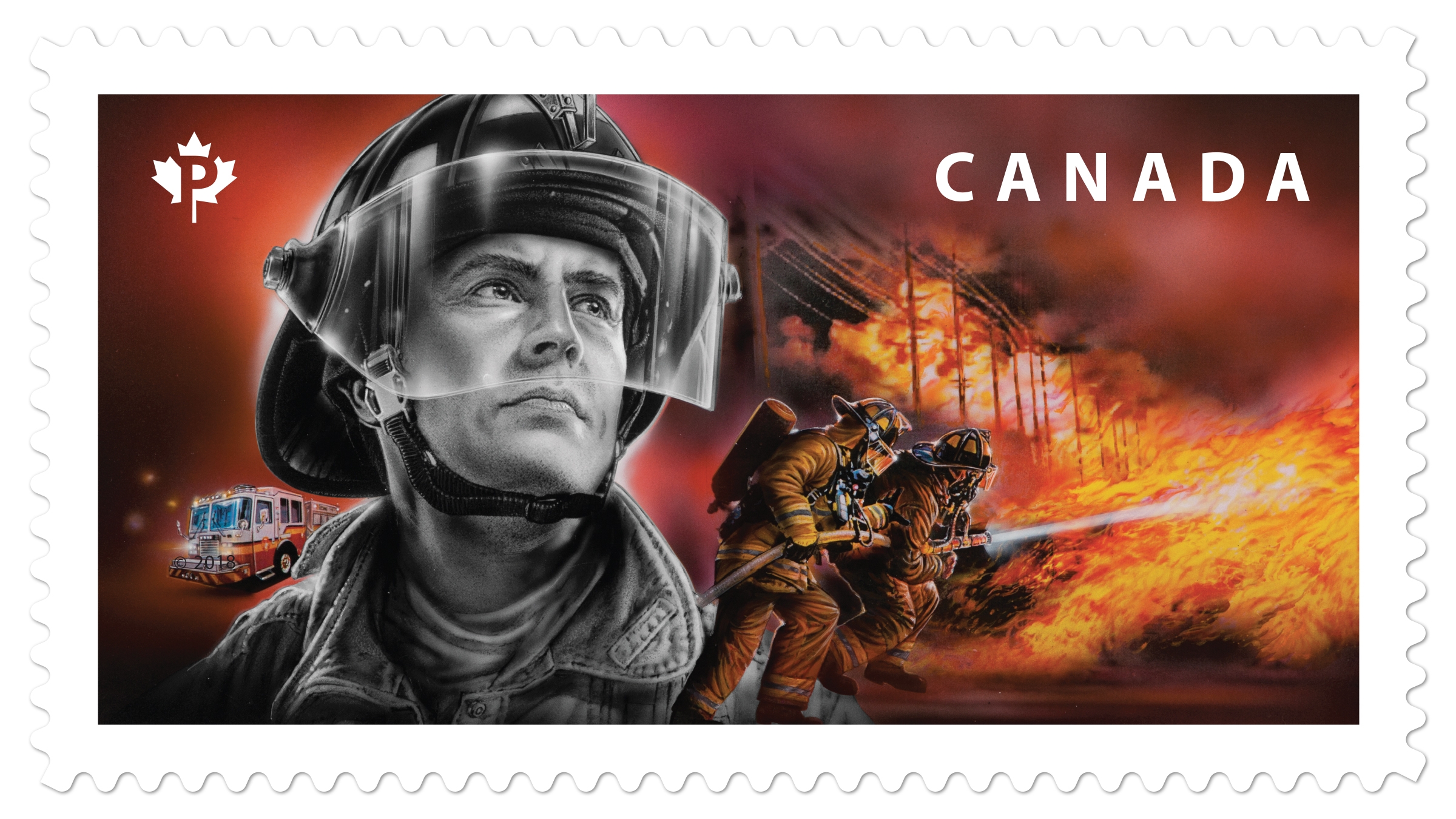