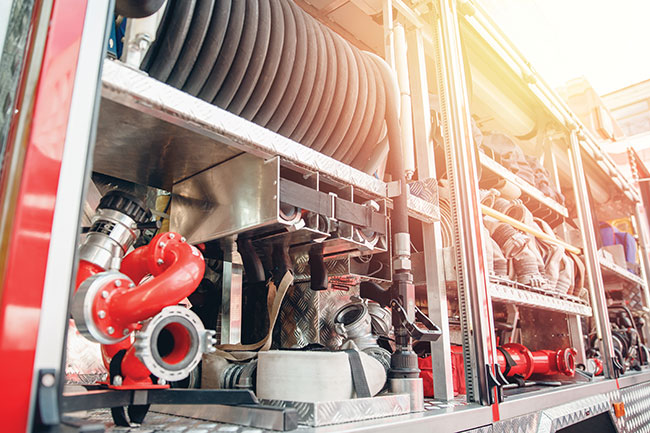 Flow was best known only as a factor used in hydraulics and now it’s relevant as a tool for optimal performance. Photo: Parilov/Adobe Stock

Flow is a term that has been around for decades, yet for the fire service, flow was best known only as a factor used in hydraulics, specifically for pumping evolutions. Now it’s relevant because it has been studied as a part of psychology courses in college or university and implemented as a tool for optimal performance. This article is going to explain the concept and why it is so important for the fire service industry. But first, a bit of history.

Psychologist Abraham Maslow was fascinated with understanding what created “peak experiences.” In order to do that, he began to study the behaviour of his era’s influencers of the 1940s.  Particularly he wanted to know what made some people successful while others floundered.  He studied Albert Einstein, Eleanor Roosevelt and others who made an important impact. What Maslow uncovered was that high achievers were intrinsically motivated, and their success could be attributed to their willingness to test limits and maximize their potential.  What resulted were individuals who realized more meaning in their own lives and impacted other’s lives to an exponential degree.

A few years after Maslow hit the stage, another psychologist and professor by the name of Mihaly Csikszentmihalyi (pronounced Me-high, Chick-sent-me-high) from the University of Chicago also decided to focus his studies on behaviourism. Instead of just analyzing the examples of high performance, Csikszentmihalyi wanted to know what motivated the average citizen.

Similar to Maslow, and according to Steven Kotler, the author of The Rise of Superman, “…Csikszentmihalyi discovered [through his research] that the happiest people on earth, the ones who felt their lives had the most meaning, were the ones who had the most peak experiences.”

Peak experiences are interesting. They do not require loads of money or special coaching to experience them, and they did not even require special opportunities. What they do require is pushing out of our comfort zones. Research shows that someone does not need to push by much; only four to five per cent of someone’s current level of ability.

Whether it is someone playing an intense game of chess or an artist engrossed in a work-of-art, each person who identified themselves at their happiest and most productive by experiencing flow had pushed their levels of ability. It’s about getting better and better at something each day by stretching their comfort zones, but not breaking them. For those who vastly exceed their comfort zones, or do not reach them at all, they feel frustration and boredom, or anger and anxiety. That is why the four to five per cent progression is deemed the “sweet spot” of optimal performance. Before we go into describing how the fire service can benefit let us look at what flow looks like.

According to Kotler, flow is defined as the state “being so involved in an activity that nothing else seems to matter. The ego falls away. Time flies. Every action, movement and thought follows inevitably from the previous one, like jazz. Your whole being is involved and you are using your skills to the utmost.”  It is the place where skills are magnified because all cylinders are firing. For firefighters that means their skills and talents are in an ideal performance state. And one way to get the most out of firefighters is to get them into a flow state.

By being involved in activities where the task is everything and nothing else seems to matter, whatever it may be, is really powerful. A place where ego does not rear its head is comforting and when every action follows the preceding one and occurs without any sense of resistance, fulfillment floods the senses. What Csikszentmihalyi did for society via his research was uncover that anyone can reach a peak experience state, similar to that of what Maslow first uncovered when he studied exemplars for his time.

Why flow for the fire service? In a day and age rife with mental health issues, economic restraints; where organizations are doing more with less, concepts such as flow help provide more autonomy for firefighters. It harnesses the potential power to understand what will produce more meaning in their lives. Something that will create peak experiences, where they are living with more meaning and happiness in their personal and professional worlds.  In other words, the concept and mental state of flow provides the road map of what to do to feel good.

In addition to being a firefighter and R2MR instructor from the city of Burlington, Ont., James Rychard is an advocate for mental and behavioural health in the fire service, sitting on multiple association committees. He can be reached at jaymzr007@hotmail.com.