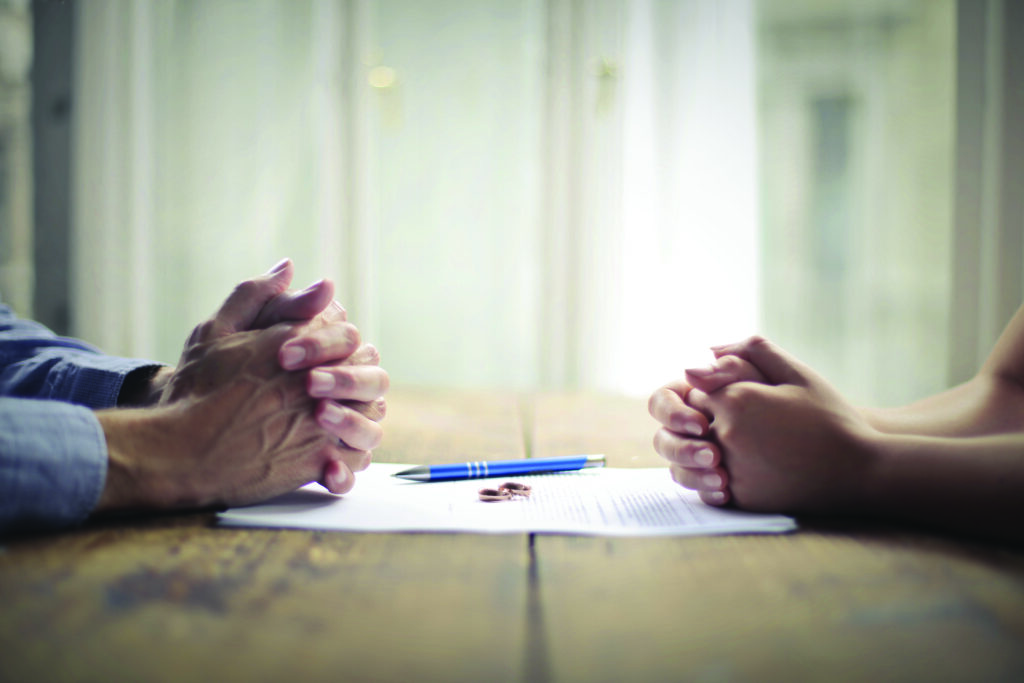 After 20 years working for two fire departments, I have heard all the stories. Firefighters whom I interacted with were on their first, second and sometimes third marriages. It didn’t seem to make a difference whether they were from career, combination or volunteer systems; the pendulum seemed to swing farther over to the divorced side than the married one.

My friend recalled the first day he joined the fire department in 1980. As part of his new employee duties, he was instructed to see the administrative co-ordinator to provide employment record information, such as date of birth, address and social insurance number. He laughed as he remembered the conversation surrounding his marital status. After proudly stating he was married, the coordinator mumbled from the corner of his mouth – “that’ll change!” Forty-two years later my friend is still happily married, but this unfortunately isn’t true for many of his colleagues.

For the emergency services it is more troubling. Emergency service workers such as firefighters, on average, have a three times higher rate of divorce than the general public. Being witness to its crippling effects, I saw how divorce seemed to make some of my colleagues appear deflated, unhappy and stressed. Some didn’t even know how to cope and subsequently resorted to negative coping strategies. Curious, I wanted to better understand the whys. I started to write a book, not as a subject matter expert, but as a vehicle for subject matter expertise.

Interestingly, the Vanier Institute of the Family released “By the Numbers” that estimated 41 per cent of marriages in Canada will end by the 30th year of marriage (2008 estimate). On average, firefighters retire by their 30th year on the job. Putting the two together, it’s not very optimistic. I am not aware of many firefighters who yearn to enter their retirement alone and exist on half a pension.

Similar to a plant that requires care to grow and thrive, our relationships require the same.

The Holmes and Rahe Stress Scale (SRRS), lists 43 possible life events someone can face along with its corresponding impact (measured in units/points). According to the scale, divorce is the second highest impactful event at 73 points; number one is death of a spouse at 100 points. The scale identifies how important it is to monitor and manage life stressors. At 300 or more points, a person has an 80 per cent chance of developing a stress-related illness in the next 24 months. Doing the math, a divorce increases the likelihood of ill health by 25 per cent. Being married makes sense from a health perspective, but being married and being happily married are not always synonymous.

Relationship expert and University of Washington psychology professor Dr. John Gottman has been passionately involved in marriage and divorce research for nearly four decades. Gottman says couples often ignore each other’s emotional needs out of mindlessness, not malice, and taking one for granted can eventually take someone down the road to divorce. Avoiding that road, in large part, comes from what and how we choose to respond to our partners inside our relationships/marriages.

At the university, Gottman has a “Love Lab” where he measures physiological responses and objectively observes couples interacting. His work/research is based on science. Hooking up electrodes to couples, Gottman and his researchers study and measure responses such as heart rate, blood pressure and saliva (which indicates cortisol levels). By measuring a couple’s individual responses, he gains an accurate assessment of what is occurring in the moment, specifically how their responses are affecting them physiologically. Gottman claims he can predict whether a marriage is destined for success or failure with 91 per cent accuracy. However, communication alone cannot be the only factor in the marriage and divorce dilemma—a firefighter’s habits and practices can help them prevent a trajectory towards divorce.

Similar to a plant that requires elements such as sunlight, water and rich soil, to grow and thrive, our spouses need ingredients for healthy and happy relationships/marriages. Suggestions such as investing in date nights, small surprises and gestures, and sitting down and being a listening ear can move mountains. Sounds simple? It is! Happy marriages are based on a deep friendship, and acts like these are ones we do for our friends. Being a friend is about wanting to, not having to. According to Gottman, the quality of a couple’s friendship is 70 per cent of the determining factor when it comes to respect, sex, romance and passion.

When firefighters’ habits and practices are nurturing and caring, significant progressions are made away from a divorce, and more towards solid ground. Simultaneously, deposits go into a proverbial bank account—an emotional one. Emotional bank accounts are great because they work similarly to a real bank account; they accrue in value as regular deposits are made.

Gottman states “it is a way a couple builds up emotional savings, serves as a cushion when times get rough, when they’re faced with a major life stress or conflict.” That means when firefighters want their partners/spouses (and vise versa) to be patient, more understanding and even forgiving, especially when life gets stressful; building up emotional currency serves as a great practice, be it metaphorically or actually.

Without a doubt, firefighters work in a world of unpredictability; they deal with all kinds of stress. Firefighting can be draining and stressful, for both the firefighter and their spouse. Since divorce is higher for emergency service workers, and because divorce is regarded as a life-altering event, strengthening our relationships/marriages helps firefighters be healthier and happier. Resources exist for firefighters – they just need to access them, put the suggestions and recommendations into place, and live a happy and healthy life, literally.

In addition to being a firefighter and R2MR instructor from the city of Burlington, Ont., James Rychard is an advocate for mental and behavioural health in the fire service, sitting on multiple association committees. He can be reached at jaymzr007@hotmail.com.

Related
Fit for Duty: Creating your own path
Extrication Tips: The finer things
Share it. Don’t wear it.
From the Editor: October 2019