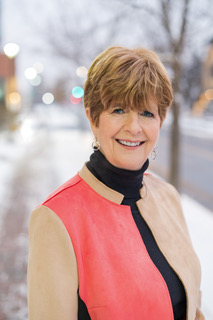 January 6, 2021, Ontario — Susan Jones is the new and first executive director for Fire Service Women Ontario (FSWO). The newly created position was created with the help of a grant from WAGE Canada, which stands for Women and Gender Equality.

Jones retired from the City of Ottawa after 37 years as acting deputy city manager of city operations. Jones was responsible for overseeing the management and administration of several City departments. Her career journey in municipal government includes being the general manager of emergency and protective services for the City of Ottawa from 2009 to 2014 where she was responsible for running and directing the delivery of fire, paramedic, corporate security, emergency management, and by-law, parking and licensing operations.

Jones, a strong advocate and mentor to women in leadership roles (particularly in male-dominated professions), helped launch Women in the Paramedic Community, FSWO, Camp FFIT (Female Fire Fighters in Training) Ottawa and served on the FSWO board of directors. Jones was also an international trustee with the International Association of Women in Fire and Emergency Services (iWomen) representing the division that serves all of Canada and the international community.

Jones has a bachelor of arts degree in criminology from Carleton University and is currently working in private practice as a Canadian certified addiction counsellor, having recently completed a post graduate program in addiction studies at McMaster University. She is married with three sons and just became a proud grandmother of twin girls.

Jones is a lifetime member of FSWO and received the President’s Trailblazer Award in 2016 for her ongoing volunteer work and innovative leadership in helping to advocate for women in the first responder field.