Service delivery that focuses on prevention 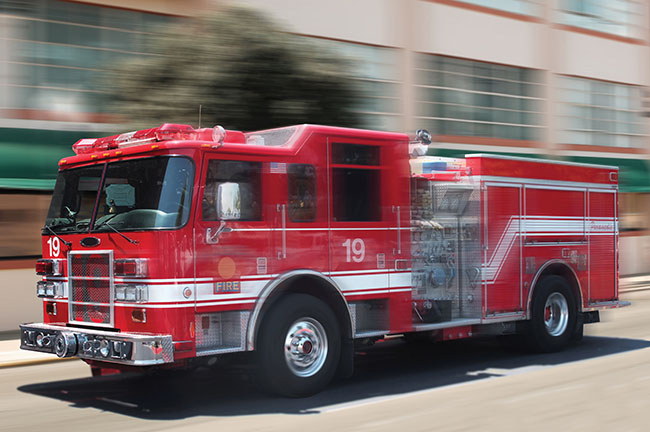 We are capable of being smaller, leaner, more adaptable and more effective through proactive measures. A response capaciaty will never go away because emergencies will never be eliminated. Photo: James steidl/adobe stock

When I began my career in emergency services, I had a narrow view of what it meant to serve the public and provide aid to those in need. My perception of service was limited to a quick response and decisive action. Over the years I have come to realize that our response to incidents is just one part of a bigger picture. Through this article, in which I’ve included references for statistics at the end, I hope to show how fire and medical response agencies can provide better service to the public if they adopt a holistic approach to emergency service delivery.

The term holistic, in this case, refers to two basic conceptions of holism as they apply to the emergency service:

We are capable of being smaller, leaner, more adaptable and more effective, of being a proactively oriented service that enhances the system of public safety instead of simply reacting when the system fails. A response capacity will always be required, as emergency incidents will never be eliminated. This is not a particularly new idea, just one that has yet to be implemented to its full potential in many jurisdictions.

In the early 1970s, Chief Lou Witzeman, founder of Rural Metro Fire, embraced a strategy that a smaller, better-trained fire fighting force could provide a community with quality fire protection. This could be accomplished if the fire department increased its efforts in preventing fires, embraced new technologies and built-in fire protection features and adopted new, comprehensive, community based fire codes. Additional support for this type of strategy was provided in the seminal 1973 report “America Burning”, published by the National Commission of Fire Prevention and Control. The report summarized the United States’ fire problem and recommended primarily that the fire service become much more proactive and implement a cultural shift toward prevention.

Such an operational change can be initiated by adhering to three broad priorities. I call this the ‘Sequence of Public Safety Management’.

1. Prevent incidents from occurring. The first priority for any public safety provider is to prevent adverse incidents from occurring. From a fire safety standpoint, this includes inspections, all forms of public education, incident cause determination, and risk reduction initiatives. Most fire departments engage in the first three, but perhaps not the fourth. The City of Surrey, B.C., through its distressed property (vacant building) initiative and associated bylaw, has reduced vacant building fires by two thirds with 100 per cent cost recovery. Maple Ridge, B.C., has a similar bylaw in place. In 2011, the City of Winnipeg saw an 80 per cent decrease in garbage bin fires in the highest risk areas after the city moved away from using large dumpsters for residential collections.

From a medical standpoint, various iterations of community paramedic programs are yielding positive results across the country. A joint venture between Winnipeg paramedics and the Winnipeg Regional Health Authority resulted in a 40 per cent reduction in ambulance transports, and a 33 per cent reduction in 911 calls from one cohort of high-risk patients.

2. Advocate for early detection and early mitigation. When incident occurrence cannot be prevented, we must advocate for early detection and early mitigation. Most people are aware of the importance of smoke and carbon monoxide detectors in buildings. The presence of these devices has improved countless incident outcomes. For this reason, fire departments have successfully advocated for their proliferation. It is long overdue for fire departments to put more effort into advocating for early mitigation. Statistics are widely available that show the indisputable benefits of residential fire sprinklers. Studies have shown an 80 per cent decrease in occupant fatalities when sprinklers are present, and a 30 per cent decrease in injuries. Firefighter injuries sustained at fire scenes where sprinklers were present were reduced by 67 per cent. Property loss is typically half (compared to buildings with no sprinklers) when sprinklers are present during a structure fire. Several jurisdictions have had zero fire deaths in sprinkled buildings.

The advent of emergency call button necklaces and fall detection devices has brought the concept of early detection to pre-hospital medical services. This technology can drastically reduce the occurrences of patients lying on the floor for extended periods. Similarly, public access to Automated External Defibrillators (AED’s) and CPR training has improved outcomes for out-of-hospital cardiac arrest patients. One study found that sudden cardiac arrests presenting with ventricular fibrillation (the most common type of sudden arrest) had a 75 per cent survival rate if an AED was used within three minutes of the arrest.

Public access to the opioid reversal drug Naloxone has shown statistical benefit for overdose patients. One American study found up to a 46 per cent reduction in mortality when Naloxone was publicly available.

3. Provide appropriate responses to incidents that cannot be prevented. Some incidents require a large or very quick response. Some don’t. There is little value to the public in overkilling too many incidents, while under responding can be risky for both the public and responders. It is important to use accurate statistical data to determine the adequate responses that will provide the public with the most suitable service.

As public service providers, we have an obligation to provide effective and fiscally responsible remedies for problems, not only the perception of such. A shiny truck looks nice, and sirens generate attention, but what level of success for the community have we achieved if this type of response is increasingly required?

High acuity, or large incidents indicate that public suffering has already occurred, and that our effectiveness in ensuring public safety has been compromised. Can you imagine if the best advice for dealing with occupational disease was to rely solely on treatment? Neither can I. Prevention is key in our line of work. If preventing injuries and illness is of primary importance for us, then we must not expect the public to be content with our largely reactive model of service. In addition, most organizations, including public service agencies, are increasingly bound by health and safety legislation that holds employers accountable for the safety and health of their members. In order to be truly effective at improving public safety and health, we must assign a higher priority to prevention and early mitigation, as these provide a much greater benefit than our actions during a response. Similarly, preventing high acuity incidents and advocating for early mitigation improves health and safety for responders.

We must also consider the cost of our service to the taxpayer. This will be increasingly important in the future, as the cost of operating fire and medical services rises and the public demands better value for their money. Responding to emergency incidents has associated costs. These costs increase proportionately with the frequency and acuity of incidents. Vehicle maintenance and procurement, resource availability, wages and staffing — cumulatively the costs are placed on the public. Safer communities require fewer emergency responses, pose less risk, and therefore cost the public less. It is far more cost effective to successfully engage in prevention and early mitigation than centre around response.

As well, our service needs personnel who possess a variety of skills, who are adaptable, and capable of performing in a variety of roles. Members may be required to work autonomously during prevention activities, but still function under an incident command system when needed.

Fire and emergency service administrators and leaders at all levels may find benefit in advocating and lobbying for wide spread use of early detection and mitigation systems. It is quite interesting that fire departments regularly lobby governments for millions in funding to supplement response capabilities, while efforts aimed at preventing acute incidents rarely garner similar attention. If we want to see improvement in public safety, then building codes, fire codes, and other public safety legislation need to change.

Staffing and deployment models should rightfully be revised, as community risk evolves. We must differentiate between the types of problems we can effectively mitigate and the ones that are better handled by other agencies. Collaboration between agencies is imperative as no one agency can do it all. Any expansion of emergency response capabilities (in a per capita sense) should be viewed as a temporary and simple alleviation for problems that require lasting and multifaceted solutions.

We must be reminded that our service is about the customer, not about us. The future may be better reflected by the name Public Safety Service, with a cadre of public safety officers, that regularly engage in proactive community safety measures, provide medical response, and occasionally supress fires. We should identify an increased need for emergency response as a failure to maintain public safety, not as a justification for budgetary expansion. We must be cognizant in recognizing the fire service’s internal desire to grow and obtain resources, versus what the community actually needs or can afford.

Emergency response agencies continue to provide important services in virtually every community in this country. Our services are recognized, and we typically receive high ratings of public approval. This is a good thing, but our response capabilities should not distract us from improving in our delivery of proactive public safety. Those of us who have chosen public service would be well advised to remember that emergency response is the last option in the sequence of public safety management. There is no substitute for effective prevention and early mitigation. To view our services holistically, and conduct ourselves accordingly, will be providing measureable benefit for everyone in our communities.

Ryan Youngson is a firefighter / primary care paramedic who is employed with the Winnipeg Fire Paramedic Service.  Ryan has completed certificates in Fire Service Leadership and Fire Service Administration from Dalhousie University. Ryan can be reached at ryoungson@hotmail.com.