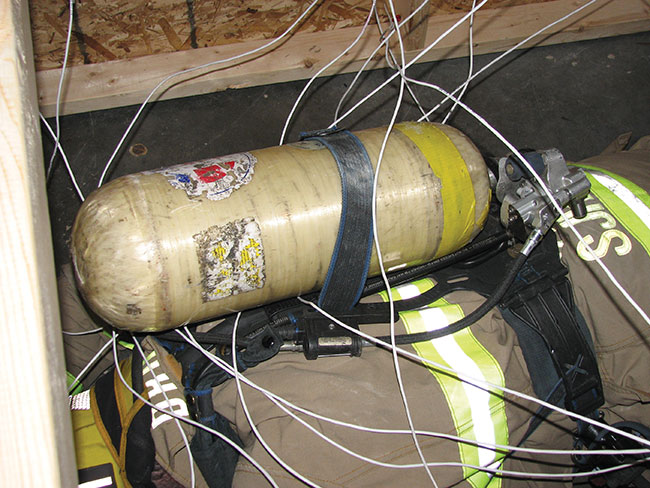 Photo1: It only takes one wire to entangle a firefighter in a potentially deadly entrapment. Photo credit: Mark van der Feyst

In every residential structure you are going to find entanglement hazards of every type. These include curtains, curtain rods, curtain rod strings, window shades/strings, window blinds/strings, suspended ceilings, electrical wires, television cable, internet wires, HVAC ductwork, dryer vent hose and electrical cords. No matter what kind or type of entanglement hazard it is, it is a hazard and a deadly one at that.

There are four possible techniques that can be used for self-rescue from an entanglement:

The Swim technique: This method of removing wires or entanglement hazards from off the firefighter’s body employs two types of “strokes”, the front stroke and the back stroke. Just like with swimming in the water, the front and back stroke are used to remove the obstruction. The front stroke is where one arm of the firefighter is slid up along their body to pick up or capture the entanglement and then push it forward in front of them. For the back stroke, it is the opposite. The one arm is extended out in front of the firefighter so that they can capture the entanglement and lift it up and over their body as they move forward. See Photo 2 for an illustration.

When it comes time to remove the SCBA, there are a few key points to keep in mind. Make sure to fully extend all the straps before removing the SCBA. This will allow the firefighter to easily put the SCBA back on as opposed to the straps being retracted and making the donning portion much more difficult to perform.  The other key point is to always, always maintain a firm grip on the regulator side of the shoulder strap. This is the firefighter’s lifeline and it they lose this firm grip they will lose the SCBA and the ability to breathe.

A partial removal of the SCBA only requires one shoulder strap to be removed while keeping the other shoulder strap on. This allows the firefighter to position the SCBA to the one side of the firefighter making them a little more streamlined and concealed. The waist strap can be left on the entire time as the SCBA will rotate around the waist easily as long as the strap is fully extended.

For the complete removal of the SCBA, both shoulder straps are coming off the firefighter along with the waist strap. This is where the firefighter has to maintain a firm grip on the regulator shoulder strap of the SCBA. The SCBA will then be pushed in front of the firefighter as they make their way through the entanglement or away from it. Make sure to push the cylinder vale end first as it will provide for more length of low-pressure regulator hose to the face piece. If the top of the cylinder is pushed ahead first, the length of the low-pressure hose will be shortened and will most certainly tug on the firefighter’s mask. 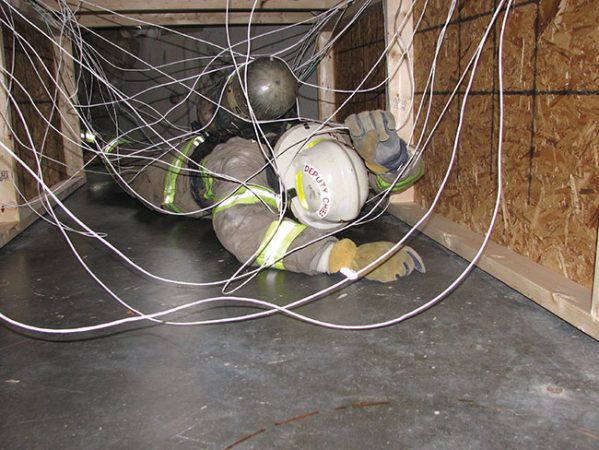 Wire cutters: The last option to look at is to use a pair of wire cutters. This will allow a firefighter to cut their way free from the entanglement. The bigger the wire cutter the better it will be for the firefighter. The firefighter needs to verify what they are cutting before they cut, because it is very easy to grab the low-pressure hose and cut it with a pair of structural fire gloves on. As mentioned in the previous sections, put tension on the entanglement so that you know what to cut. Once confirmed, grab it with your hand, put the wire cutter around the object and cut. Once cut, there should be no more entanglement.

Always keep your wire cutters in a place that can be retrieved easily with a gloved hand. Some firefighters will have two pairs of wire cutters in their gear kept in two various spots for easy access. Make sure to lubricate the cutters every so often to keep them well maintained. Wire cutters do rust and will seize up if not looked after.

The best way to become familiar with all three options is to practice them and vet each one. This will help the firefighter to know which method is best suited for them.

Mark van der Feyst has been in the fire service since 1999 and is currently a firefighter with the FGFD. Mark is an international instructor and he can be contacted at Mark@FireStarTraining.com.


Related
FireFit of Canada
Back to Basics: Firefighter survival series
Between Alarms: A leadership lesson from my dog
Fit for Duty: Mixing workout disciplines