There are many expectations of fire-service members when we answer a call, too many to count. It doesn’t matter if you are a full-timer, paid on-call, or a true volunteer, the expectations really don’t change. People expect you to know how to handle their emergencies, whatever the nature of the calls. People also expect you to handle calls in a timely, efficient manner, and to quickly stabilize the situation. 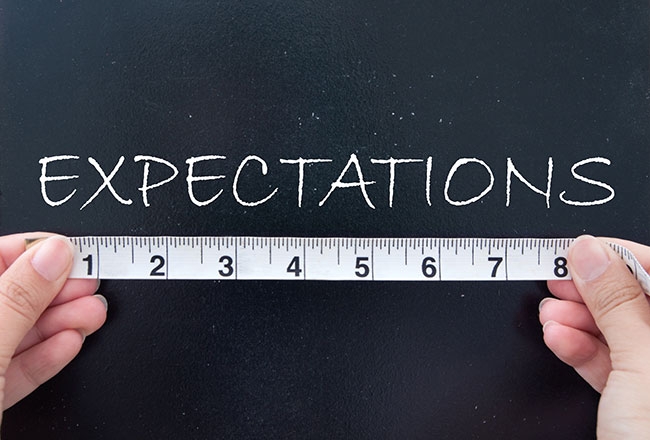 When there is no front-line officer present to act as a leader . . . I expect a more senior firefighter to step up and run the team. There are countless expectations put upon the fire service

The expectations within the fire-service are definitely a two-way street. In the fire-service, orders stream from the top down, and are carried out by those who are acting as the subordinates. The paramilitary structure has been around since the inception of the fire service: the worker bees go to work; someone oversees the process, and then reports to a higher supervisor to keep communication intact.

But the firefighters arriving at a scene have expectations as well. They want someone to take charge, let them know where they are needed, and what they are expected to do. Firefighters want someone who can be a leader, someone who doesn’t resort to tunnel-vision tactical operations and keep an eye on their surroundings to keep the team safe. These were all things I expected from my leaders when I was a firefighter. Now, as a captain, this is something I keep in mind at every response.

I don’t expect my crew members to read my mind. I don’t want to leave them guessing what my expectations are during a response and when we arrive on scene. However, I don’t micro-manage either. I trust in firefighters’ training after I ask them to carry out a task. I use the time in the truck on the way to a call to have a quick chat with crew members. When I’m riding in the front seat, I keep the crew updated on what I am hearing and what I am seeing. I find that if the crew is informed and you ensure good communication, the scene can transition seamlessly.

My department is an on-call operation; I’m not expected to make every call. In fact, in previous columns, I wrote about gaining front seat experience when I was a firefighter, because it just so happened there were no captains available during some calls.

If I can’t be at a call, I still have expectations of my crews. When there is no front-line officer present to act as a leader at the team level or task level, I expect a more senior firefighter to step up and run the team. Experienced firefighters can use their knowledge and training and keep the team continuity intact. After the call has ended, I like to speak with the members who take on leadership roles to find out how the operation went. I especially like talking with younger crew members who take the initiative to act as leaders. I don’t do this to be nosey or intrusive, rather to hear from the firefighters who stepped up and learn how they got the job done. I enjoy seeing members of my department succeed and gain new experience and skills.

Just because an officer can’t be on the first truck out doesn’t mean the job stays vacant. It’s imperative that someone fill the role. During training scenarios, it is a great idea to remove some of the officers from the drill and give those roles to senior firefighters who may be thinking of working toward an officer’s position. We must constantly think of ways to keep our personnel growing.

There are expectations everywhere when answering calls – during training and even when you aren’t present as an officer. You expect crew members to be at the top of their game, to bring a good attitude to the fire ground, and to help the team work toward a common goal. Remember, your chief, as well as your crew, will have expectations of you too. If you can meet these expectations, hopefully we can meet and exceed the public’s expectations when they need us.

Jason Clark has been a volunteer firefighter in southwestern Ontario since 2007. Having recently made the transition to captain from firefighter, Clark has a new perspective on riding in the front seat. jaceclark71@gmail.com   @jacejclark