How one municipality is encouraging volunteer firefighter recruitment. 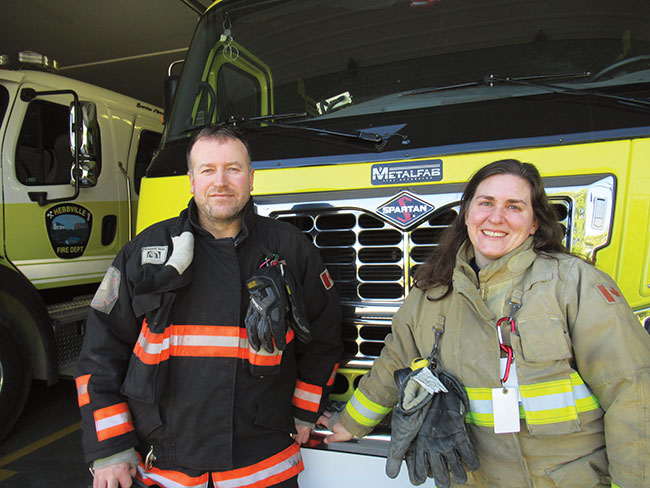 Firefighters are essential to the safety of our communities, yet many departments are facing a worrisome decline in volunteers. The Municipality of the District of Lunenburg (MODL), Nova Scotia has taken action, rolling out a comprehensive recruitment and retention strategy.

“Volunteers in the fire service, whether they be firefighters, auxiliary members or other volunteers, are vitally important to the provision of emergency services in the municipality,” said MODL Mayor Carolyn Bolivar-Getson, in a news release. “We are very grateful for the efforts of our fire service volunteers and acknowledge the urgent need to support them in ensuring their viability.”

Approved unanimously by MODL council, the strategy builds on the fact that fire departments provide an invaluable resource to communities.

Bolivar-Getson credited the work of the municipality’s Fire and Protective Services Committee for reaching out to fire departments for feedback on the challenges they face, and ways to mitigate them.

In 2017, the most recent year statistics are available, Lunenburg County’s estimated 700 volunteer firefighters from 26 fire departments responded to more than 1,100 emergency calls. The shortage of young firefighters is apparent in most fire halls. At one department, the average age of the five firefighters who responded to the most emergency calls last year was 67. Remove the youngest man from his group and the average age of the remaining four top responders rises to 72.

Many departments resort to placing “help wanted” signs outside their halls, imploring residents to consider volunteering as firefighters, medical first responders, and other non-fire ground duties.

Labelling the initiative as a strategic priority, MODL plans to invest up to $60,000 annually in recruitment and retention efforts that will include, but are not limited to:

The 18-page document lists a menu of marketing strategies that MODL intends to initiate over the next few months, including radio and TV advertising, posters, brochures and social media.

Included in the strategy document is a notation that “giving back to my community” is the most common reason why an individual joined the fire service, and that 90 per cent of those men and women consider their volunteer experience with the fire service to be satisfying and enjoyable.

“I joined the fire department to help my community, and be part of the fire service’s brotherhood and sisterhood – a great group of men and women who watch each other’s backs,” said DeCoste. “When we respond to a call, I always try to give my best, regardless of the outcome.”

“I enjoy it when we roll out of the fire hall with our lights and siren on and the little kids at the daycare centre next door all gather at the fence with big smiles on their faces, waving to us.”

Bowers moved to Hebbville four years ago when she bought her grandfather’s house. Working as a freelance journalist, she says fire fighting is much different than anything she’s experienced before.

“My career is in journalism – writing and editing – nothing mechanical or physical. Learning about fire fighting strategies, the equipment and trucks has been both educational and challenging,” said Bowers. “At the end of a good practice, or after an emergency call, there’s a satisfying feeling I don’t get from my job or other aspects of my life.”

Bowers comes by the vocation naturally as her father, Peter Bowers, is a long-time member of the New Germany Fire Department in Nova Scotia.

She was a firefighter for a little more than a year when the King Steet fire happened in Bridgewater. It was her hands-on experience fighting the stubborn overnight blaze that strengthened her commitment to the fire service.

“It was amazing seeing firefighters from so many different departments naturally working together to bring order into that chaos,” said Bowers. “We are volunteers, but we are also professionals who are proud of what we accomplish.”

Bowers said the fire service is a huge part of her life, and the lives of her father and boyfriend. She said she feels it’s important people in her community get involved in some manner with the fire department.

“Our communities rely on us to protect them and their properties. We are on the front lines and we need to do everything we can to try to grow the fire service to ensure its sustainability.”

Peter Simpson is a firefighter and medical first responder with the Dayspring & District Fire Department in Nova Scotia. Contact Peter at peter_simpson@hotmail.com.