Peer pressure is present in every fire station and can contribute to dangerous situations. 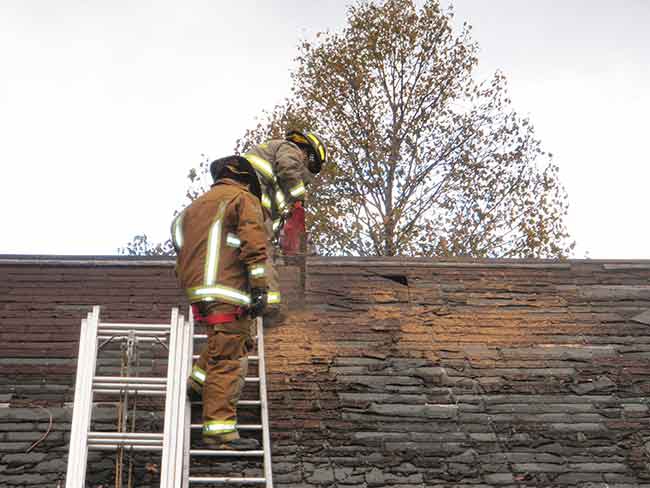 Peer pressure is basically influence by members of a person’s peer group. This influence can be good or bad for firefighters. Positive peer pressure helps firefighters develop good habits such as placing their gear by the trucks in a manner that allows for quick and easy donning.

Unfortunately, the negative influence sometimes outweighs the good and causes firefighters to develop bad habits. Similar to complacency, which we discussed in the January issue of Canadian Firefighter, peer pressure to skirt rules and regulations is a reason why firefighters need to learn and develop survival skills.

Negative peer pressure stems from the oddball factor – the idea that individuals stand out because they follow the rules, and, in order for them to fit in, they adapt to what their peers are doing. Firefighters who choose to follow the rules instead of fit in with the group may be teased, ridiculed or alienated. Peer pressure is the result of people doing their best to make sure individuals conform to their idea of acceptable behaviour.

Peer pressure can have detrimental effects on recruits in the fire service. While seasoned firefighters might stand up against peer pressure, ignore it, overcome it and carry on, rookies might be more inclined to go along with the group. An experienced firefighter may even be able to break the cycle of peer pressure and influence the group to change its ways.

Photo 1 shows an example of one GQ firefighter look: suspenders hanging down around the waist. As insignificant as this violation may be compared to other fire-ground issues, it is one domino in a potential series that can result in a bad outcome. Firefighters’ suspenders are designed to hold up their pants. If firefighters are carrying small equipment in their pants pockets (and they should be), there will be considerable weight pulling the pants downwards, which could leave an area of their lower bodies exposed. How is that going to feel inside a burning building?

Another GQ firefighter look is a helmet strap that is either undone or around the back of the helmet. I have seen helmet straps fashioned like this everywhere, even on television shows such as Chicago Fire. In one episode, every time the firefighters were fully dressed in their PPE, the major characters were not wearing their chin straps properly; they all had the GQ look.

Training is one remedy for overcoming peer pressure. If we train as we play we will become accustomed to wearing our PPE the right way, all the time. Firefighters need to develop a strong sense of what the gear feels like when it is on so that they will know when they are missing a component of PPE.

Another remedy for eliminating peer pressure is enforcement; this has to come from the top down. Every department has rules and regulations, SOPs or SOGs, policies and whatever else you want to call them: but are they being enforced? Strong enforcement of rules is for the safety and survival of each firefighter. Enforcement of proper PPE practices will quickly stomp out any GQ-firefighter type practices and send a message to others not to follow suit.

Mark van der Feyst has been in the fire service since 1999 and is a full-time firefighter in Ontario. He teaches in Canada, the United States and India and is the lead author of Residential Fire Rescue.  Mark@FireStarTraining.com