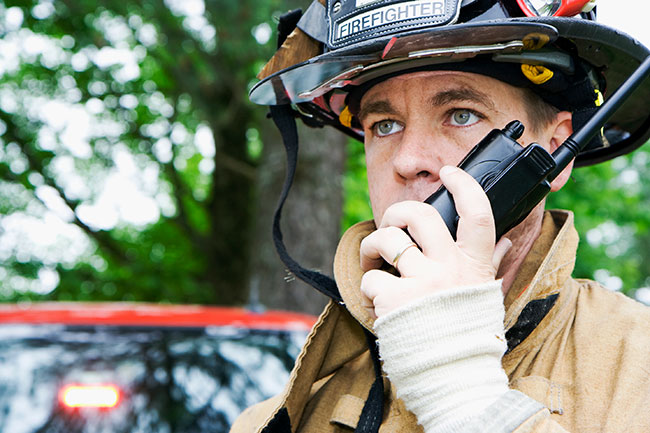 On the fire scene, verbal communication can be a skill set that suffers. Photo: STOCK

There are many things that a basic firefighter program teaches. Fire behavior, ground ladders and water supply are just a few of the many topics that are covered. As many other figures in the fire service have said in the past, the job of being a firefighter is one where there is a constant need for learning and sharpening skill sets. As firefighters, we are all apprentices of a trade that requires constant learning. Whether it is self-learning, in class or hands on training, the learning never stops. The same applies to fire officers. We must always be learning from our training, experiences and mistakes.

I initially went to post-secondary school for public relations and communications. The program gave me some insight into the art of being a good communicator. On the fire scene, verbal communication can be one of those skill sets that suffers because we can get involved with the immediate task on hand or we can get flooded with information from dispatch reports, frantic civilians or other agencies on scene. As a new officer I know I need to become better at packing that information and passing it on to my fellow crew members in the form of a request. One of those ways of becoming a good communicator is to be specific with your team.

I worked in customer service a few years before the fire service. One of the best pieces of advice that was given to me was when a customer comes in and asks for a product that you have, don’t just point them in the direction of where it is located. Take the time and walk them there or pass them off to the correct associate, then explain what the product does. This can eliminate frustration from the customer when they either can’t find what you pointed out or if they have other questions pertaining to their purchase and you are nowhere to be found.

Translating that to the fire service and as a leader of a team or a company, think of your crew and other officers as your customers. If I was to communicate on a fire scene and say, “I need a crew at the Charlie side of the building”, I just pointed my ‘customer’ in a general direction and that leaves a lot to the imagination to comply with that request. Instead try: “Team 2 go to the Charlie side with a 45mm line, you’re going to force entry and assist Team 1 with fire attack.” This gives the company officer and their crew an idea that in addition to their normal tools they carry (TIC, flashlights etc.) they are going to need their irons and to facilitate stretching a line to the back of the building.

We acquired a commercial structure for a multiple station training and it was there I learned how not being specific when functioning as a team leader can cause some confusion. We had simulated an explosion at an industrial facility. Crews had made entry to the front to deal with the fire and to perform search and rescue. One of the curve balls thrown in the exercise was that there was a pinned employee underneath a fork-lift at the rear of the structure. After I gave my Conditions, Actions and Needs report (CAN), I called for “tools off the rescue” to assist with the extrication. The officer replied very calmly, “The Rescue truck has a lot of tools, do you want to be more specific?”

It was clear that I wasn’t being specific and had a vision in my mind of what I needed to perform the job, but didn’t get the request communicated properly. The solution for this scenario was for me to call for the Rescue truck to reposition at the rear of the building. This allowed for a sector to be established and for the specific tools to be brought in the rear entrance in a more rapid fashion by crews.

The best place to hone these skills with your crews is on the training ground or even after a call. Talk it out if something didn’t go smoothly due to communication or unclear requests. We learn a lot of subjects in fire school and officer training, but mind reading 101 hasn’t been implemented quite yet. I’ve learned that I can’t expect my crews to read my mind and that I need to verbally and specifically paint that picture of what I am after in order to be a better communicating captain.

Jason Clark has been a volunteer firefighter in southwestern Ontario since 2007. Having recently made the transition to captain from firefighter, Jason has had a new perspective on roles in the fire service and riding in the front seat. jaceclark71@gmail.com or twitter @jacejclark