It was probably five years into my firefighting days when I showed up to the station for a call and was one of the senior firefighters present: there were no red helmets and no whites to be found just yet, just a bunch of yellow-helmet firefighters looking to go on a call and get the job done. Someone had to ride up front with the driver. The hot seat, as it is so often referred to, was the last one to get filled. So I thought to myself, I can work a radio and I can read a map, so how hard can it be to run a truck? So I jumped in. 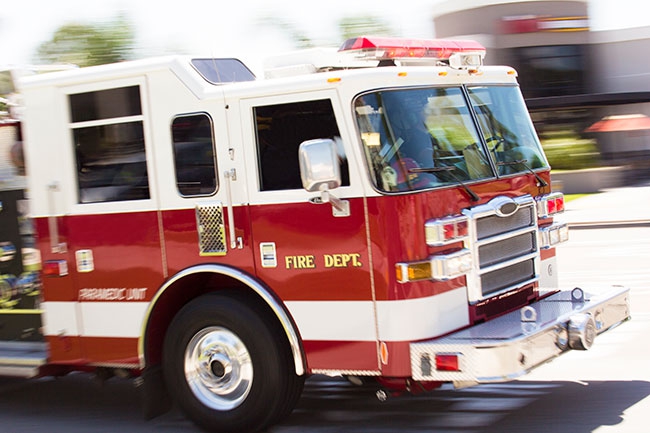 Someone had to ride up front with the driver en route to that call five years ago. So began Jason Clark’s journey to becoming an officer – a somewhat circuitous route.

The view up front without a steering wheel separating me from the dashboard was different. Of course, my heart rate jumped up a bit when I realized that my name would be attached to the run sheet as the incident commander before we even arrived on scene, but then it calmed down when I took a look at the crew riding with me: these firefighters knew what they were doing – I had trained alongside them and worked many other calls with them. Let them work the hands-on portion of the call, I thought; as a team, we can come to a resolution and help stabilize the situation.

So, our truck arrived on scene and I gave our dispatch a quick, verbal report on the situation; I remember saying the words, “Firefighter Clark will have command until further notice.” With those last three words, “until further notice,” I did something that you should never do to yourself as a firefighter, new captain, veteran captain, brand-new white helmet, or seasoned district fire chief: I undercut, undersold and made it clear that I was a temporary fixture and would be replaced when someone more qualified or more capable arrived. Sure that was a possibility, but why did I say it – not to mention transmitting that statement over a county-wide radio channel with my last name attached to it for everyone to hear?

I think I said those words because I was the same rank as the guys in the back of the truck working that call. At that point, as a firefighter, I didn’t see myself as a leader in the service, and I definitely didn’t want the other crew members to get the impression that I was starting to consider taking an officer position. Those words, “until further notice,” gave me that out, so to speak, of exiting the command role and returning to the crew rather than remaining as a leader. I totally shorted myself mentally, and in the firefighting world, we need to bring our long game in mental endurance or we set ourselves up for failure. I simply wasn’t ready for the leadership job full time.

So, for a couple of years, I got out of my comfort zone and took courses outside my department (I highly recommend this). I listened to the radio more to hear the way other people worked the command role, and I constantly took mental notes at calls. I tried to take an extra second to look at the big picture at a scene rather than just the task-level view. I listened to other firefighters after calls, and we spoke about other ways we would approach a task if we had the chance to run a call all over again.

Common sense says getting yourself ready to be a leader in the fire service doesn’t happen overnight. It didn’t for me, and it didn’t just take courses and classroom training; it also took experienced firefighters and officers to push me to apply and recognize my own experience.

Once I realized that I had a drive to do more in the department and had the desire to grow, I made the decision and applied. Do you think it’s time for you to jump up and run a truck or a crew, or even direct a scene? If you are given the opportunity, remember that you are responsible for more than just yourself: you have a crew to not only direct, but also to keep safe while working. Make sure you take that extra second to absorb the entire scene before rushing in. Trust your crew’s training – it is the same as yours on the task level. Most importantly, be willing to learn and listen to input – otherwise you may find yourself staying put until further notice.

Jason Clark has been a volunteer firefighter in southwestern Ontario since 2007. Having recently made the transition to captain from firefighter, Clark has a new perspective on roles and riding in the front seat.     jaceclark71@gmail.com