We’ve all said it – we’ve said it to new recruits and to our buddies on the job as we exchange stories and revel in the amazement of a great call: this job is like winning the lottery! 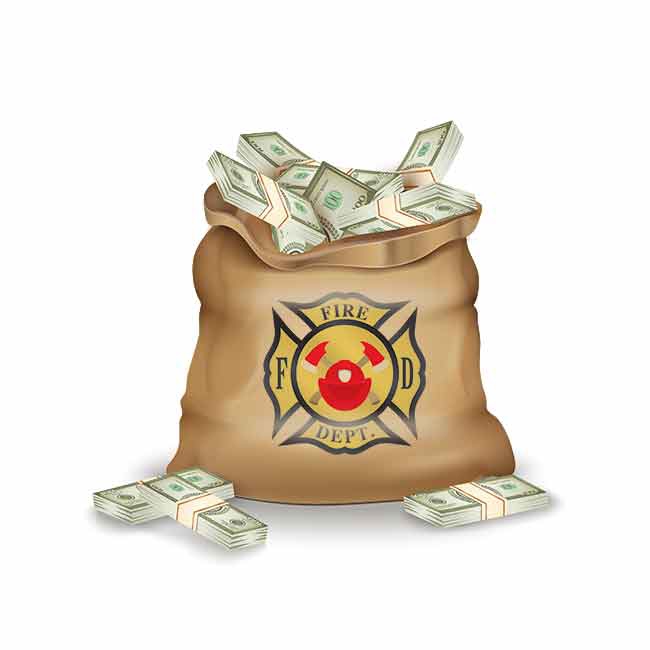 $183 million Awarded to families of the fallen firefighters and survivors of Black Sunday This job is like winning the lottery! Perhaps it’s time to reconsider this phrase and how it impacts ideas about training and professionalism

The problem is that the reason why we think this job is so amazing has slowly started to change. What the job was once about – fire, and putting it out – is not so anymore. Fighting fire has become so complex, strategic and, frankly, so bureaucratic that I sometimes wonder what lottery we have really won.

Don’t get me wrong, I will never lose faith, but there are times when I question just what is going on, and what it all means. This job is so special and yet so fragile and complicated at the same time. It blows my mind how quickly we can forget that at any given call we could lose a life, save a life, or pay the ultimate price for a lottery ticket that will never pay out exactly what we want it to, at that exact moment in time when we need it most.

Just think of the close calls, the risks, and the dice we have all thrown; a few more seconds and . . . if we only we had done this, and what if we had done that? It’s all just a form of gambling, isn’t it?

If you have followed any of my columns and blogs you know I have a special place in my heart for the FDNY. One of the most incredible interviews I have ever had the privilege of doing was with FDNY firefighter Jeff Cool, who was a part of the often written about Black Sunday fire (read story here) in which three FDNY firefighters died in the line of duty in two separate incidents on Jan. 23, 2005.

Black Sunday has come to the forefront again because a jury recently found that the City of New York (read: the FDNY) is 80 per cent responsible for the deaths of these men, and the owner of the illegally converted apartment building from which Cool and others jumped, is 20 per cent responsible. The families of the deceased and the survivors will be awarded $183 million. Some might say Jeff Cool has just won the lottery again. However, I would question anyone who would suggest that Cool’s share of the winnings is a fair and equitable payment for the events that happened more than 10 years ago. The money will not bring back the lives of his friends or erase the scars and mental torture Cool endured for a decade. The cash won’t stop the flashbacks or raise the children left without a father. The winnings may not seem like winning anything at all.

In my opinion, the blame that has been placed on the city is disturbing on many fronts – the lawsuit focused on failure by the department to equip firefighters with personal safety ropes that would have enabled them to escape. New York City officials are considering appealing; they say the liability was unfairly apportioned “in view of compelling evidence that established that the landlord’s numerous building code violations were directly responsible for this horrible event.”

If the FDNY can be found responsible, can others expect to share the same fate when the cards don’t go the way we want? It’s as if those who sit in judgment are saying the department erred so badly that those who have suffered shall be awarded an amount that will attempt to replace and or compensate what was lost, and the award will serve as a penalty to deter any future risk or high-stakes games of chance in which you might decide to engage.

When we gamble, there is an inherent risk of losing to the house. In the end, if we do not mitigate the risk through training, proper procedures, and a willingness to go above and beyond in the ways a professional fire service should always strive to do, then, really, are we not just spinning the wheel and betting everything on black? I don’t know what or who is to blame for Black Sunday, but the jury award speaks to fault at many levels, and it leaves more questions than answers.

I fear that the way some define winning the lottery might be the wrong approach to a profession that is continually changing the rules in how the risks of the game are calculated. The strategies and tactics of fighting fire are an ever-changing dynamic as we sharpen our knowledge and push the boundaries of research as it applies to fire flow paths, mitigation and rescues techniques. This job, at times, will most certainly have bad odds and high stakes when we respond to others’ needs, but this is what we signed up for. So the next time someone says that old “you’ve-won-the-lottery” line, ask yourself which one.

Jay Shaw is a firefighter and primary-care paramedic with the City of Winnipeg, and an independent education and training consultant focusing on leadership, management, emergency preparedness and communication skills. jayshaw@mts.net  or twitter@firecollege
Print this page