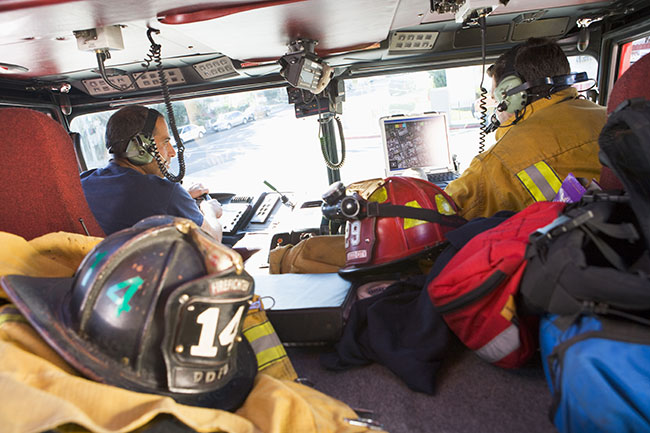 I had been in the department for around eight years before I started my role as acting captain. Before then, life in the fire service had been very different. When tones would go off, I’d would gear up, get on a truck, attend a scene and I’d attempt to solve someone’s problem on what I could only assume was one of the worst days of that person’s life. In my early years, it was usually a captain or senior crew member that would provide me with some guidance and explanation on what was expected of myself and, as a team, we would come to a resolution. This all changed when I became captain.

While structure fires and major incidents usually make up a low percentage of calls, house fires and motor vehicle collisions with confirmed entrapment have human life and property at stake. These situations often create problems that need to be addressed and corrected immediately. Often, someone has called 9-1-1 and requires our equipment, personnel and skillsets to intervene and ‘fix it’.

If your department is like mine, the remaining 65 to 75 per cent of calls fall into the medical assist category that get dropped down from ambulance dispatch. These are calls that can be serious in nature when you think of the ‘vital signs absent’ calls. Most of the time, these calls tend to be those of generally unwell, shortness of breath or medic alerts. So, for the majority of these calls, we are providing a service.

In our area, there are times when the next available ambulance can be anywhere from 10 to 20 minutes away depending where they are coming from. One of these calls sticks out for me because of its outcome.

We were dispatched to a medic alert in a residence with no voice communication with the service provider or the client. When we arrived, our crew went to the rear of the home because the front door was locked. It was here that we found our patient in no medical distress, but she had sunk several inches into the ground in her motorized wheel chair. She was attempting to get the laundry off her clothes line. It had rained the day before and her back yard became soft, causing her to get stuck.

With no one in sight, she pressed her alert and we were dispatched. I remember how embarrassed she said she felt, but we reassured her that it was no issue at all. It took a few of us to remove her from the back yard. One of my captains grabbed the clothes basket and started removing the rest of the laundry from the line. Without saying a word, other crew members followed suit. We finished grabbing the laundry and helped her back into the house.

This was a first for me. I was expecting a medical emergency where I would be taking vitals and getting a medical history for the incoming ambulance. We live in a world where there is a lot of finger pointing, passing the buck and saying, “that’s not our job”. I’m certain there are in home services that would have come out to help our lady in distress with her laundry but they weren’t there. We were.

Not every call we respond to is going to be something that could be featured on an episode of the latest fire station action-drama series. Our calls usually start with someone having to pick up a phone to make a call to 9-1-1 and wait for the services to show up so we can fix the problem and provide a resolution.

Our calls can sometimes be traumatic and emotionally charged, and sometimes they can be ‘head-scratchers’. A lot of the time, we are dealing with residential carbon monoxide alarms, a four-year-old pulling a pull station at the community centre or shortness of breath and chest pain calls. Every call gives us the opportunity to be problem solvers and service providers.

Show your probationary firefighters and junior ranks that we are a service with many various skillsets and there is an opportunity on every call we deal to not just earn the public’s trust, but hopefully make someone’s worst day better somehow.

Jason Clark has been a volunteer firefighter in southwestern Ontario since 2007. Having recently made the transition to captain from firefighter, Jason has had a new perspective on roles in the fire service and riding in the front seat. Reach Jason at
jaceclark71@gmail.com or on Twitter ­ @jacejclark.