May 23, 2017, Oakville, Ont. - My average day involves sitting in front of a computer, editing stories, and lots of coffee. What it doesn't involve is crawling through smoke, cutting up cars or running hoses. But the day I spent at the Oakville Fire Department was not an average day.

Before I suited up in editor Laura King's gear, I was given a truck tour and shown around the training facility. The alarm went off and the firefighters had to race off to a nearby school. It seemed as if it took no more than 30 seconds for the guys to suit up and drive off.

It probably took me 15 minutes to put on my turnout gear. Just as I was feeling comfortable in the gear, and feeling the weight of the SCBA on my back, Training Officer Darren Van Zandbergen slipped a smoke-simulation screen into my helmet and I was once again uncomfortable . . . and essentially blind.

I never realized how little is visible through smoke. I assumed some light would peek through; crawling on the floor feeling my way around walls and fallen beams I realized how wrong I was. It was nerve-wracking to blindly feel my way through the training building, but ironically it was an eye-opening experience.

I have edited Extrication Tips columns for Canadian Firefighter, but I finally got to experience what it's all about. The tools were much heavier than I expected, my previous extrication experience having been limited to on paper. It was tough, but I managed cut through the windshield and the sedan door.

By the time I attended the Ontario Association of Fire Chiefs conference that weekend, I felt I had a better understanding of the job. I was enrolled in the municipal officials seminar and attended a training day at the Fire & Emergency Services Training Institute (FESTI) in Mississauga.

That day I spent in Oakville made me seem like a total pro at FESTI, so many thanks to everyone in Oakville!

With "KING" on my back and looking like a pro, a few people at FESTI asked if I was from the King City Fire Department. Funnily enough, I was born, raised and still live in King City. What a way to represent my hometown!

There's only so much you can learn in front of a computer. Getting out from behind my desk was one of the most valuable experiences to help me edit the work of fire chiefs and firefighters to the best of my abilities. I have so much more to learn about fire, but hopefully with your help, Fire Fighting in Canada and Canadian Firefighter readers, I will get there. I'll never be able to understand the ins and outs like you do, but it's worth trying.

I feel really lucky to be able to report on the fire industry. Even more so, I feel lucky that I can edit knowing that I am safe because my local fire department has that under control. After each training session, I was reminded not to take emergency services for granted.

So, the least I can do is bring relevant and informative stories to the fire service industry! Let me know what matters to you as a fire service professional? What do you want to read about? I am looking forward to learning more about the industry as an assistant editor, and maybe I will get to attend a few more training sessions in the process.

Lauren Scott is the assistant editor of Fire Fighting in Canada and Canadian Firefighter magazines. Contact her at lscott@annexweb.com 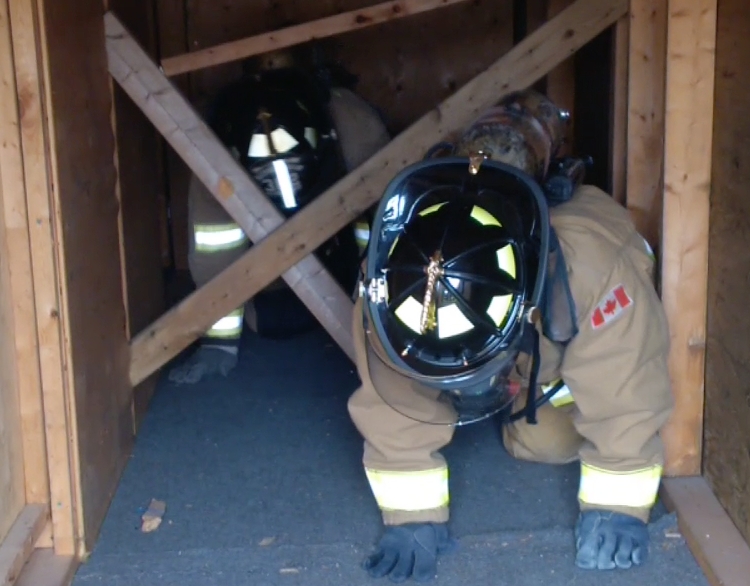 Related
Dispatches: A lifetime of learning in 18 months
Front seat: Meeting demands within the fire service
From the Editor July 2017: Government oversight needed
Between alarms July 2017: The importance of crisis communication